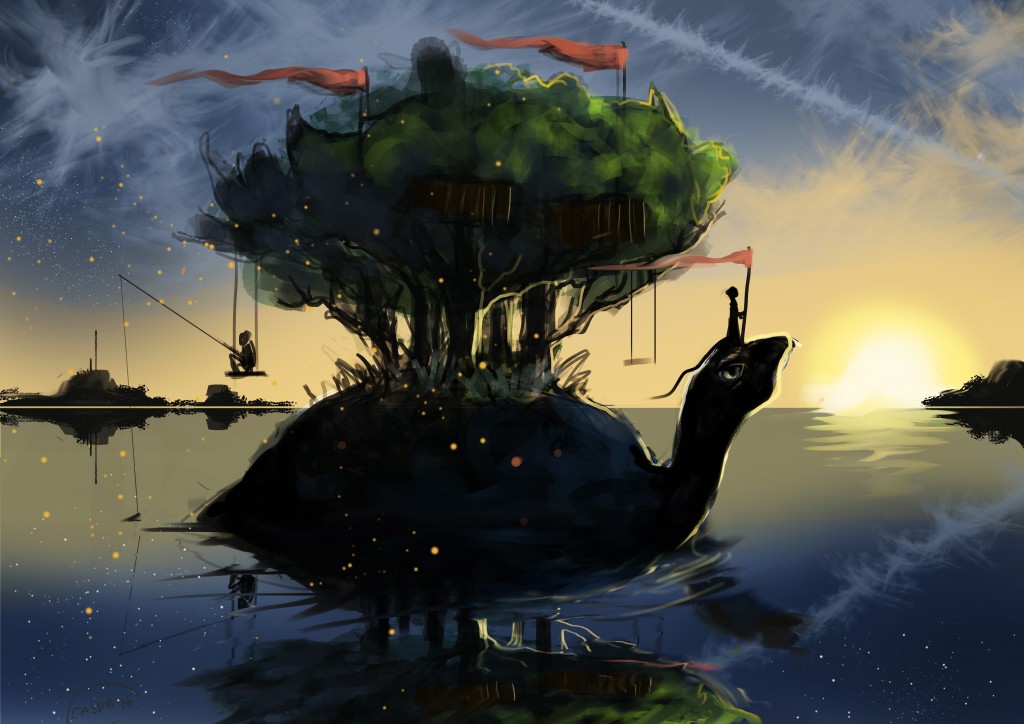 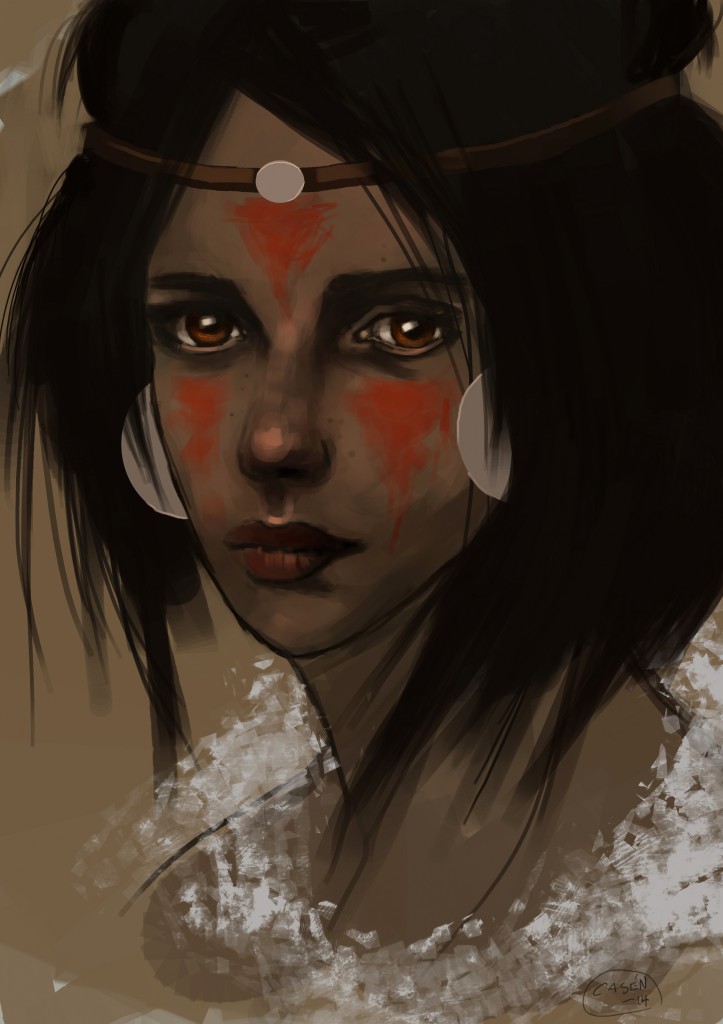 Some new art I’ve made this week. Been a while since I made my latest art-update. Other than this I’ve been pretty occupied with running my own company and taking care of a nasty flu that attached itself to me during Nordic Game. It’s almost like some kind of stupid tradition, the last day of the conference I ALWAYS get sick. Always. Urgh… 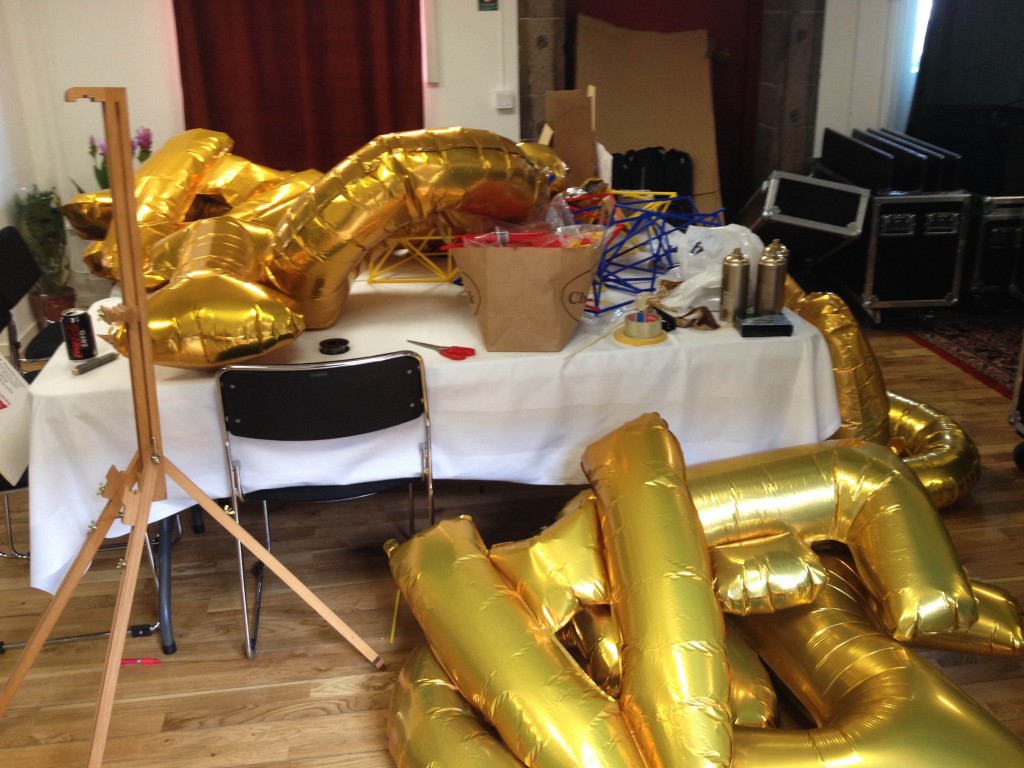 Preparing the decorations! This year is the 10th year since the first NGC. 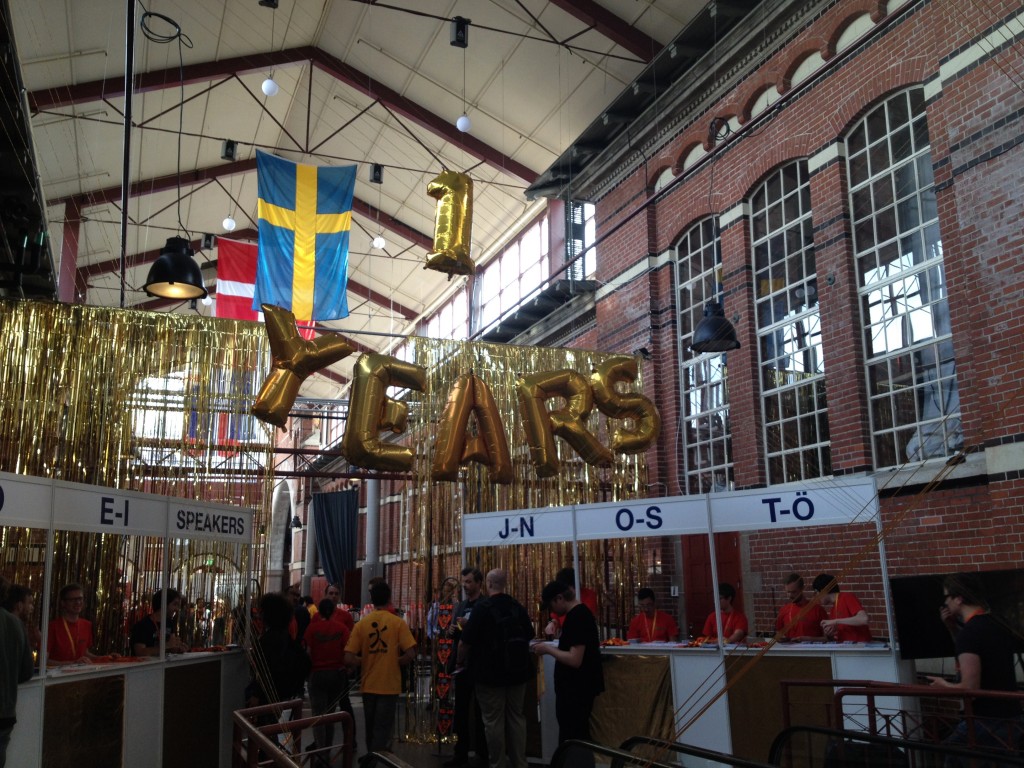 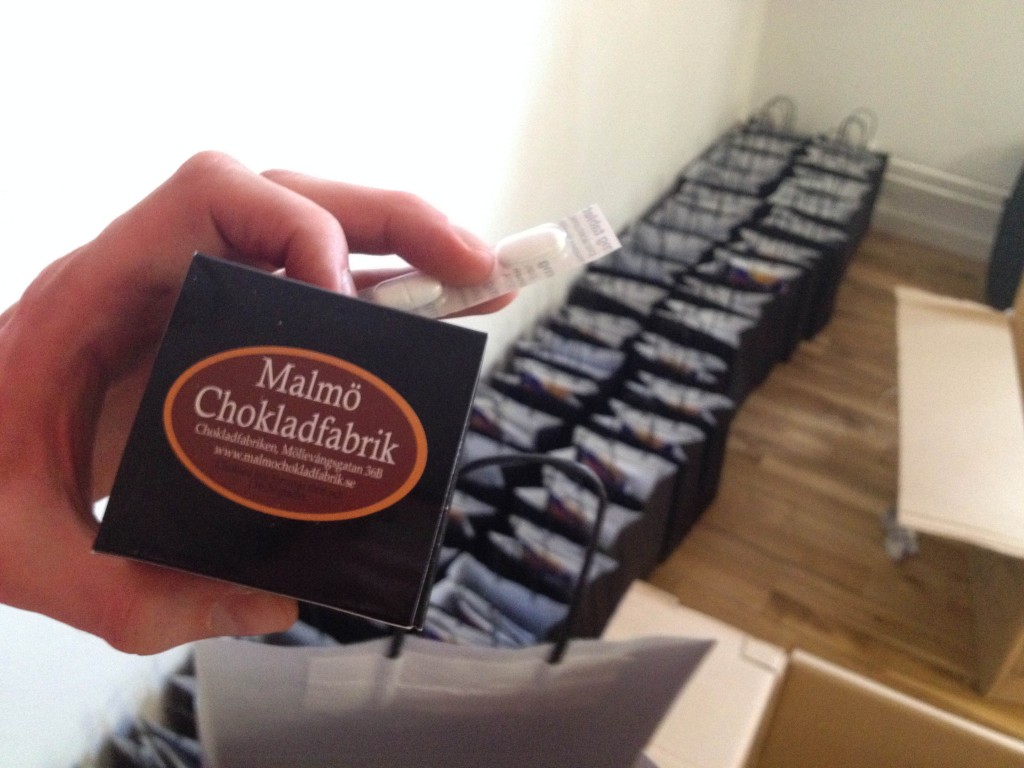 The speakers at the conf got swag bags with some stuff in. Among other things there were chocolate made in here in Malmö, pain killer and some other nice things! 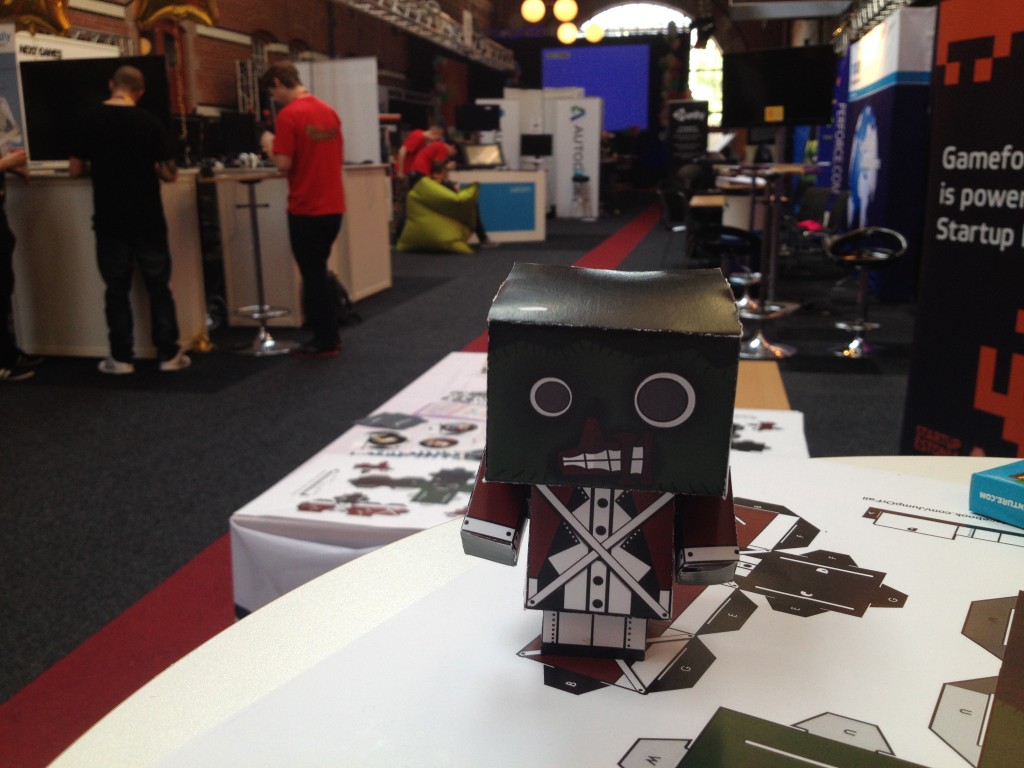 Before the expo area is open for the visitors. Still nice and quiet! 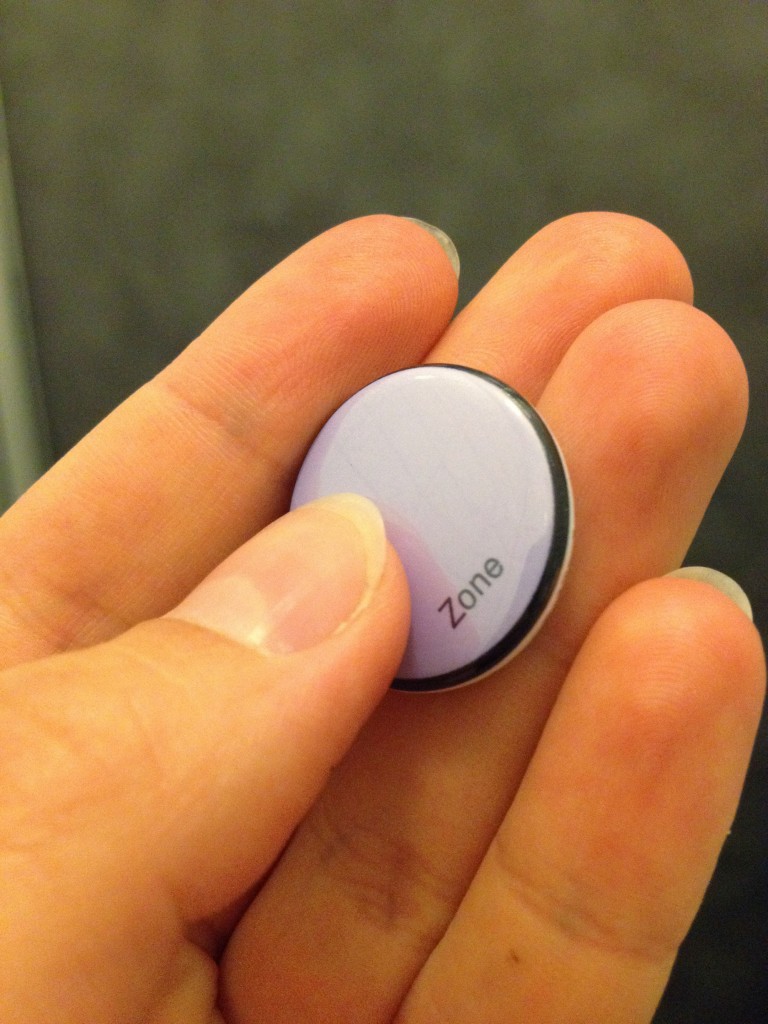 I got handed The Zone by some guys. If you played Kanye Zone you’ll get this ; D

Big thanks to all who attended this years Nordic Game Conference! It was a pleasure to see and talk to each on of you. This industry really need places like this to meet, greet and get inspired! The future of the NGC is still a bit uncertain, let’s hope we will see this event return next year and the year after that. It would be such a shame to see the conference fade away. 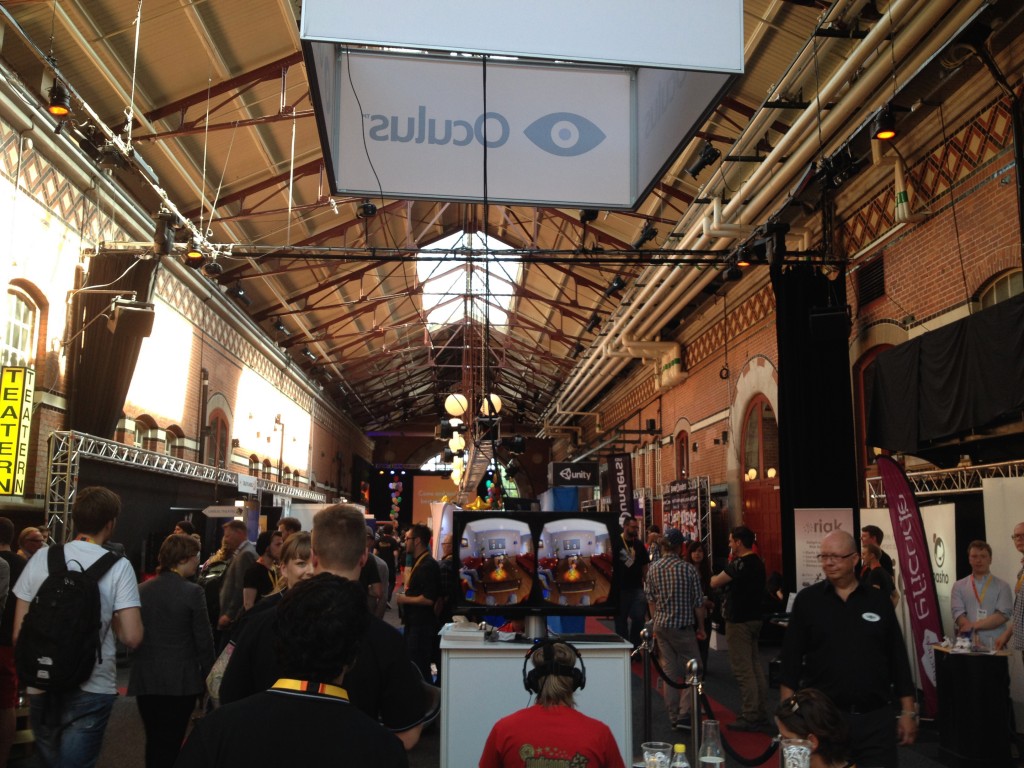 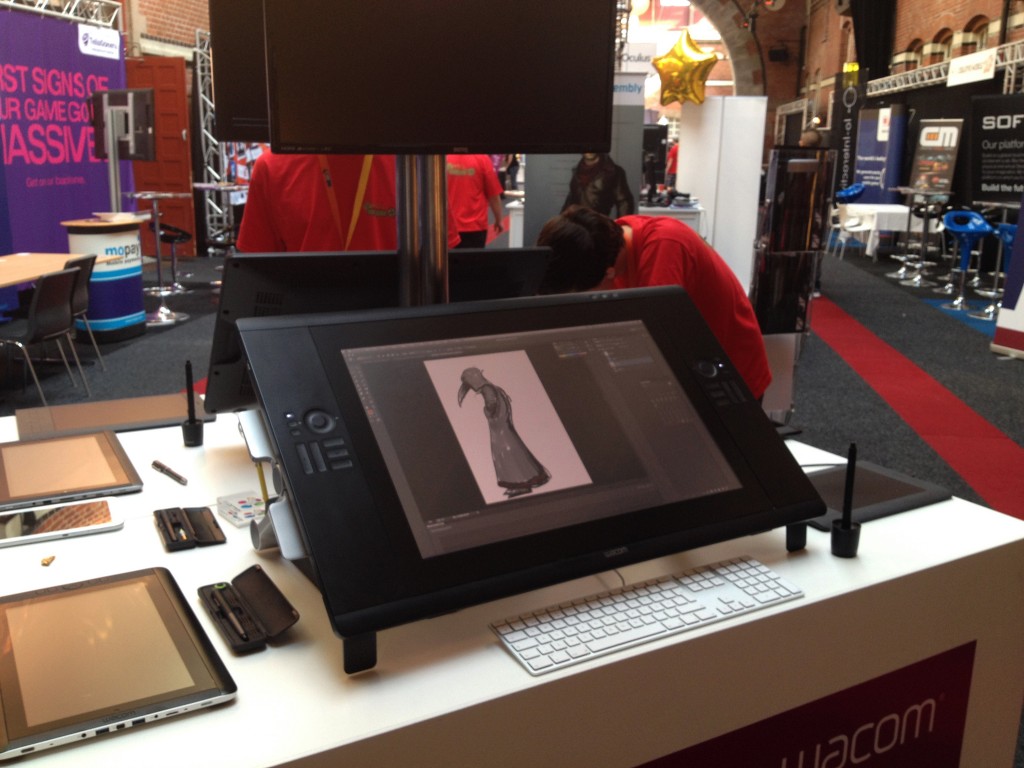 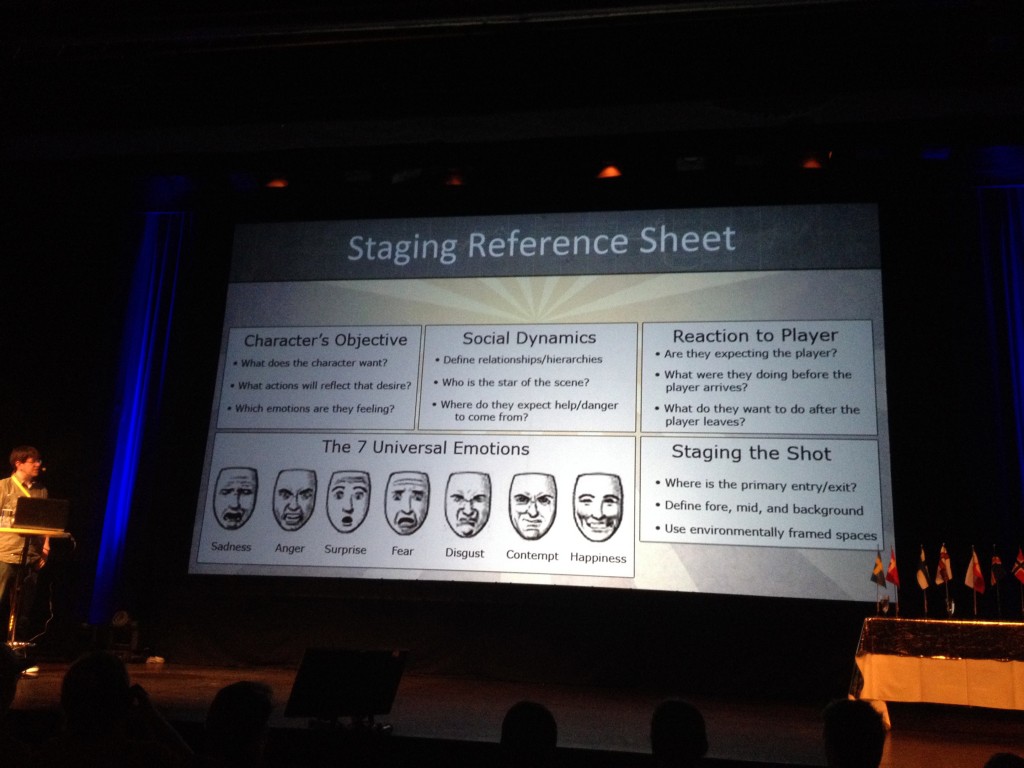 Quick upload of photos from this year’s edition of the world’s 5th biggest professional video game event gathering/expo; The Nordic Game Conference. I’ve been working with the wonderful crew for two days, and today I’m home with the flue. Uploading more photos when I manage to get out of bed again. 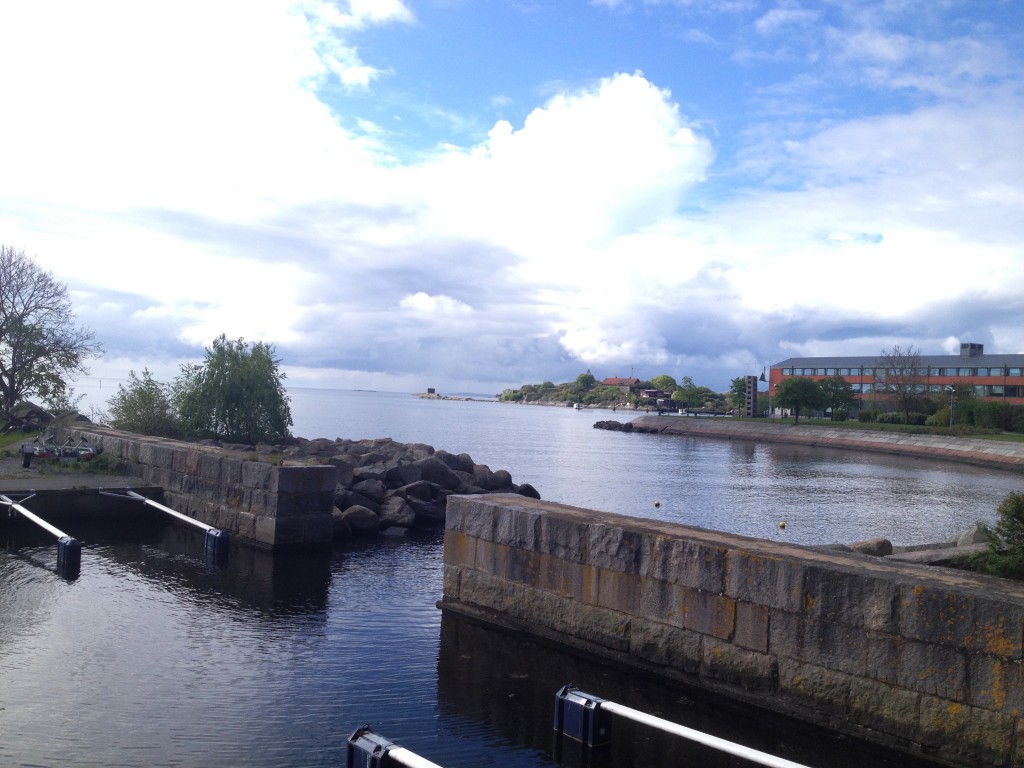 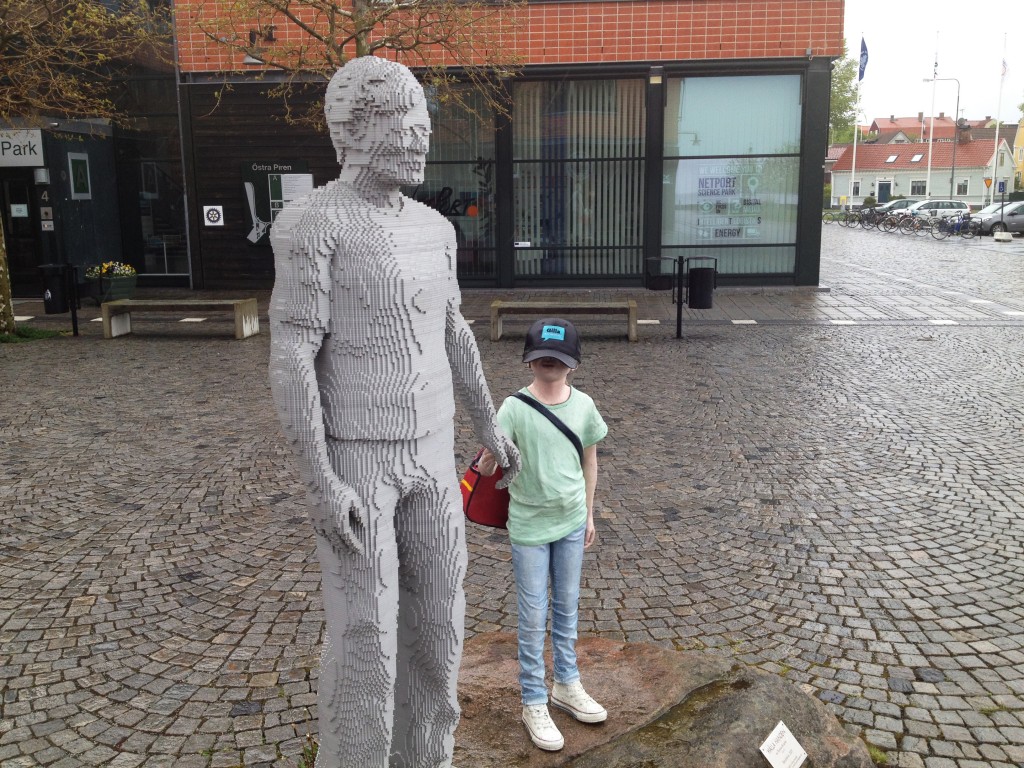 Awesome statue in Karlshamn, outside the business incubators. Some people stopped to check if the girl was for real! 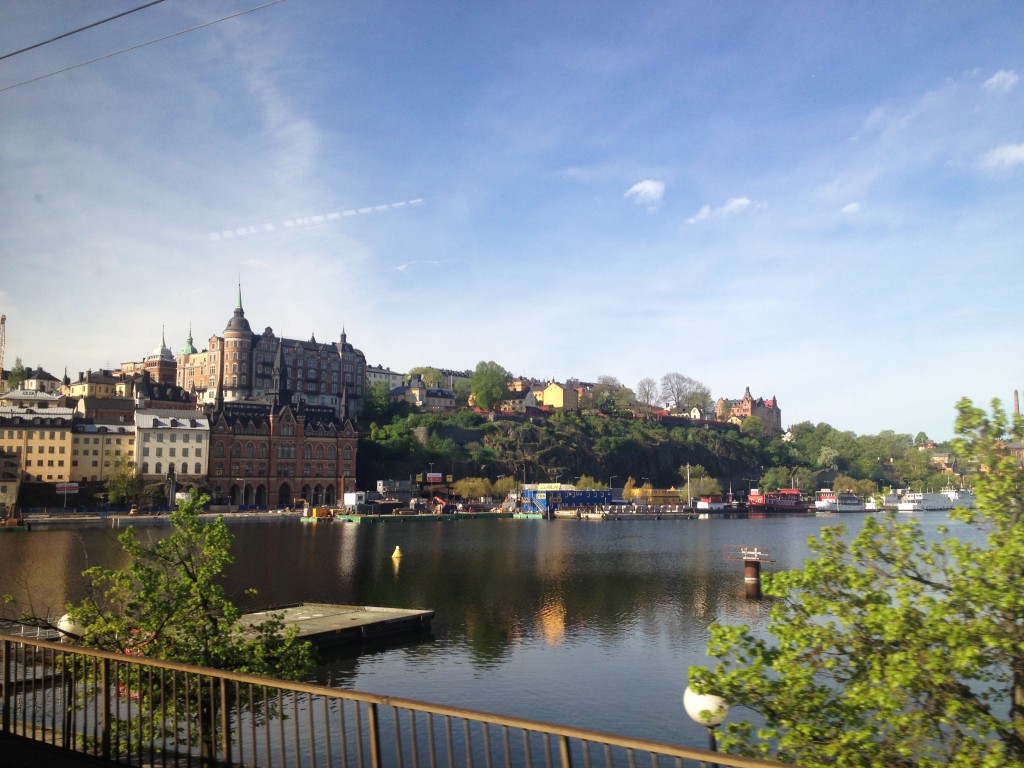 Visiting Stockholm, snapping this on my way to Göteborg on Sunday morning. I was super tired after singing karaoke until midnight. Only got four hours of sleep that night, but seeing all my friends and visiting King’s developer gathering was worth it. 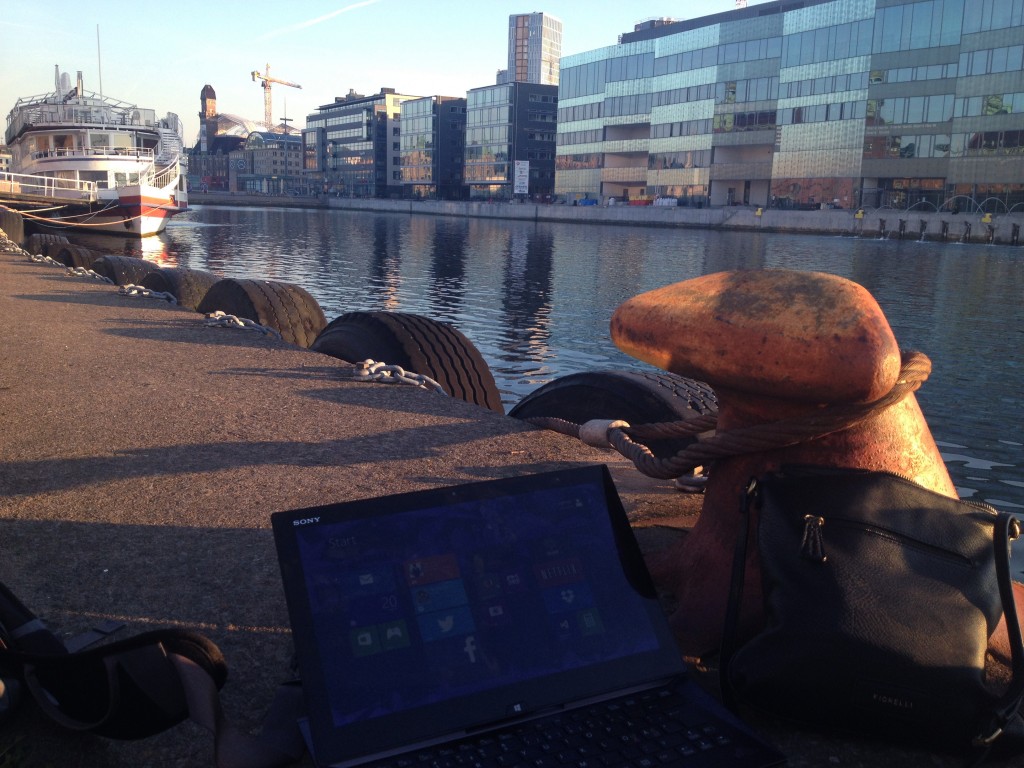 Summer weather in Malmö today, hanging in the harbor after the weekly sketch jam, talking game development with some nice peeps. 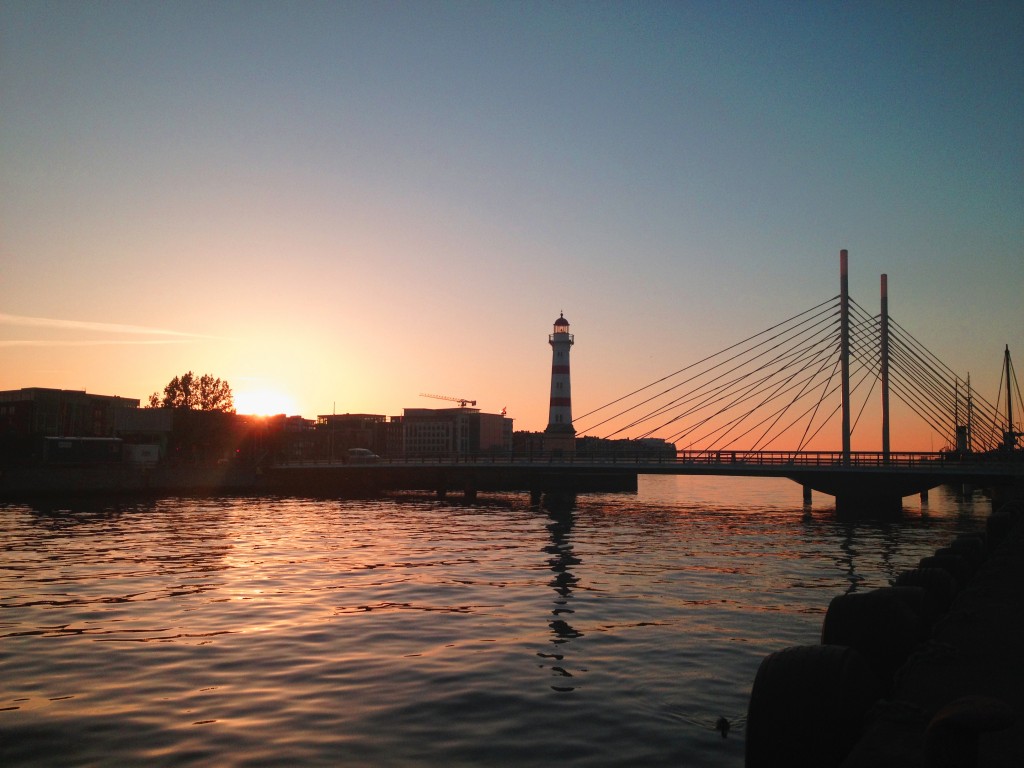 The sun setting over Malmö’s west harbor. This is not far from were Junebud used to have it’s offices!

This weekend I visited Stockholm to do some business and meet with old friends. We celebrated a birthday and sang karaoke for four hours which was super fun. I really don’t have a good voice for singing, so I was kinda nervous, but after two beers and everyone else in the gang singing like fools I totally liked it! Had some time to catch up with University friends for a cup of coffee as well while in Stockholm.

Tomorrow is the start of the 11th Nordic Game Conference. Just like last year I will be working there, attending some lectures if I got the time. Looking forward to the event, it really gets you inspired about game development and serves as a perfect chance to meet new interesting people! Hope to snap some cool photos to show you later!

Also, I almost forgot! Here’s some photos from Ludum Dare in Sony’s offices a few weeks back. I was invited to give a talk about working with metrics guided game design. I might be in some of the photos! 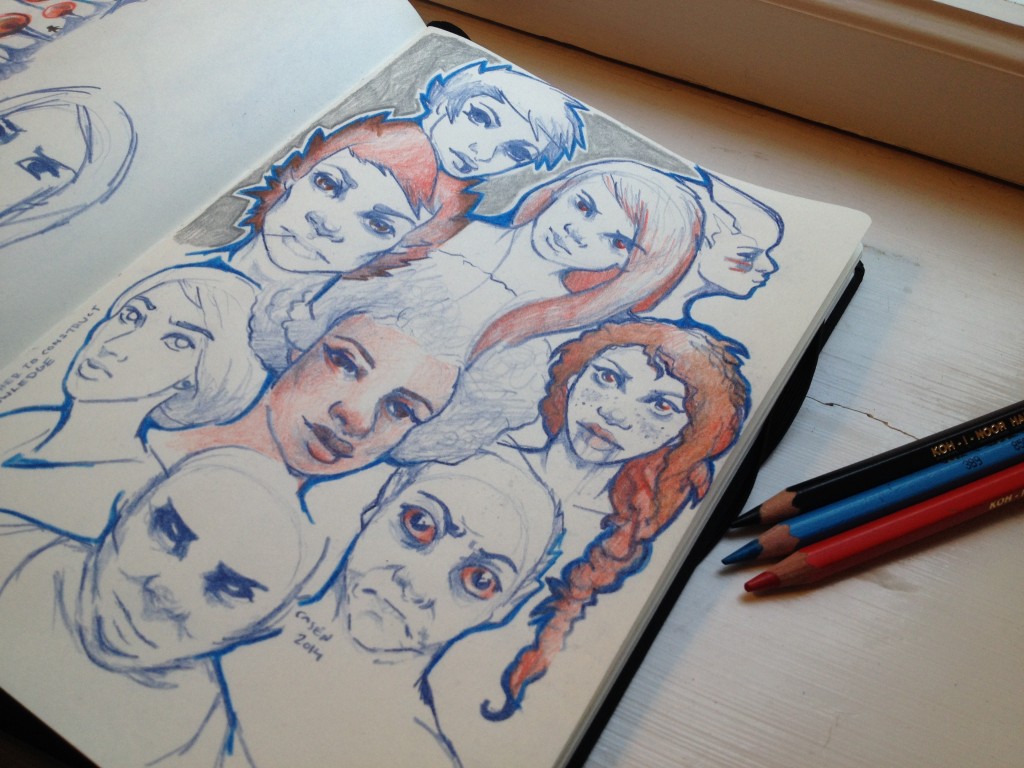 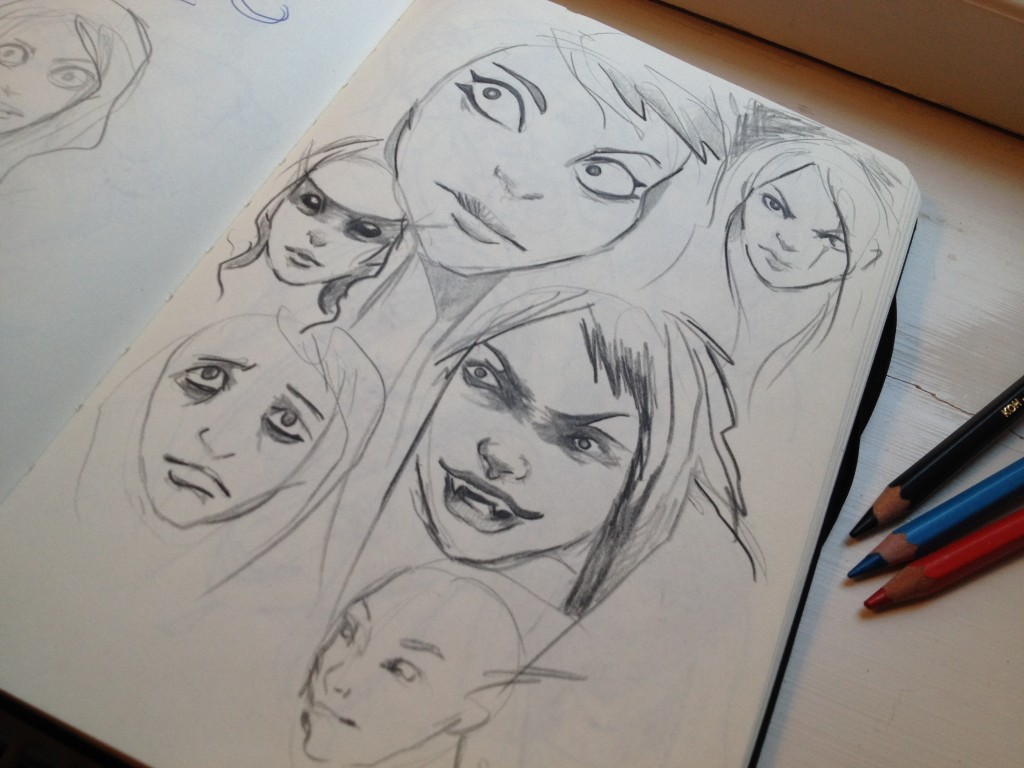 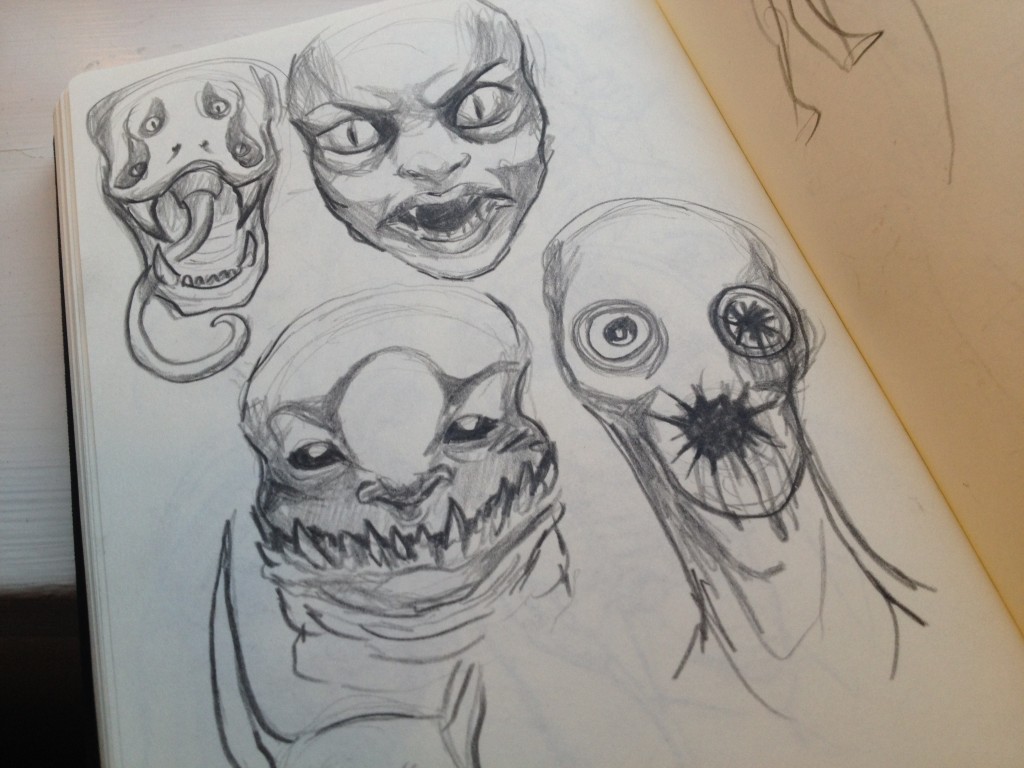 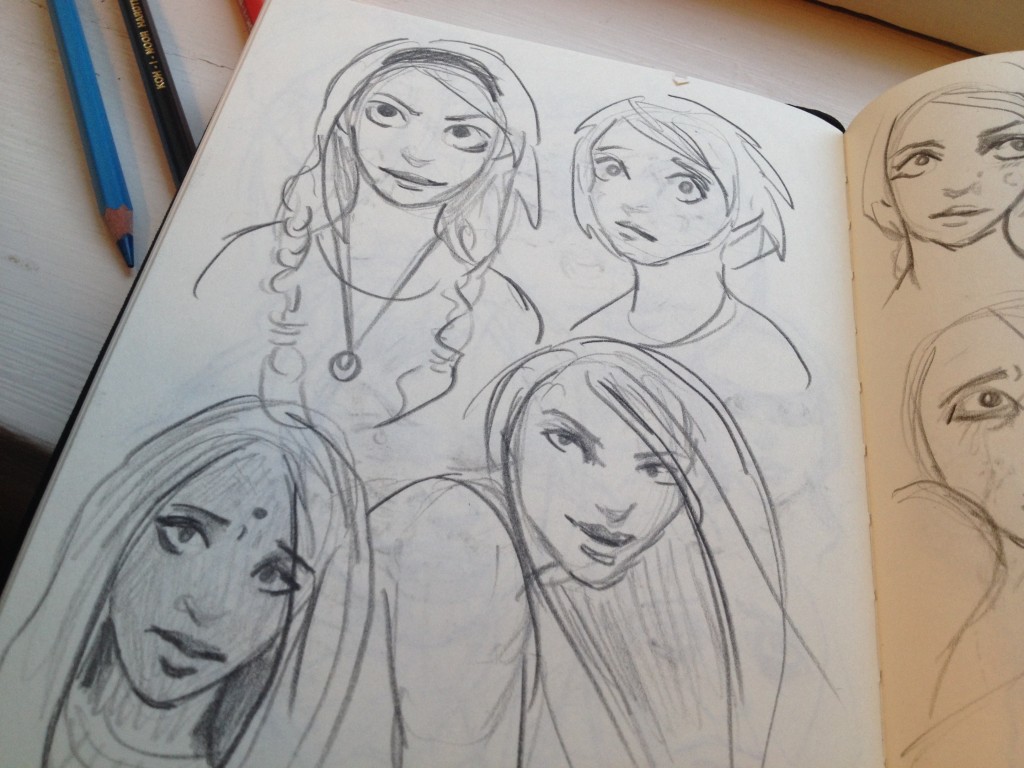 Here, have some pages from my sketch book! I think I might be suffering from same face-syndrome, hehe! Time to look at some real life faces and do some studies! Feel like I’m bouncing back from my minor drawing block. I only draw stuff for fun right now, stuff I want to draw! 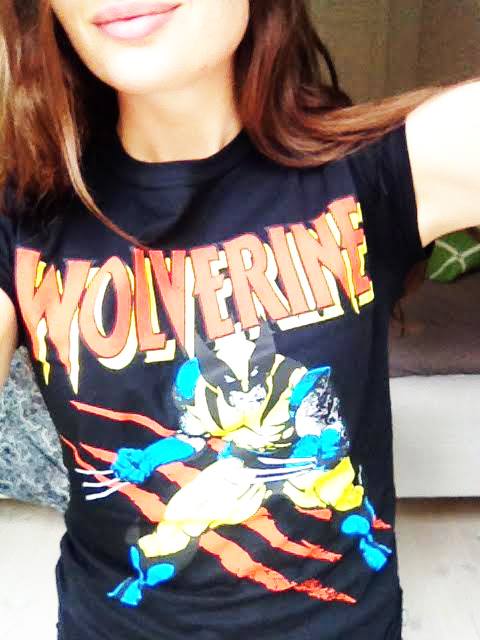 Finally I can let the cat out of the bag! After working as an employee for different game companies the past 4 years I’m starting my own thing! It’s public now since it looks like all paper work is approved and the Swedish government has agreed to let me pay taxes and run my own business! I’m celebrating this with a photo of my new X-Men shirt! I won’t quite yet tell you what it is that I’m doing, but I’ll be sure to let you know when I feel like the time has come to reveal what kind of company I’m creating. I already have some super exciting clients and I make enough to pay my rent and put food on the table!

Part of growing up is finding out what you want to do with your life, and this is definitely something I want to do right now. Funny thing is, if you would have asked me just 5 months ago I would never ever had started my own thing. But perspectives change and too many great coincident just lined up for me to ignore all the possibilities. I’m a big fan of taking advantage of opportunities. Early next week I’ll probably sign a contract to rent some office space as well. I accept that most of the things in life that happens to us are pure random, but it’s how you choose to deal with them that really matters! 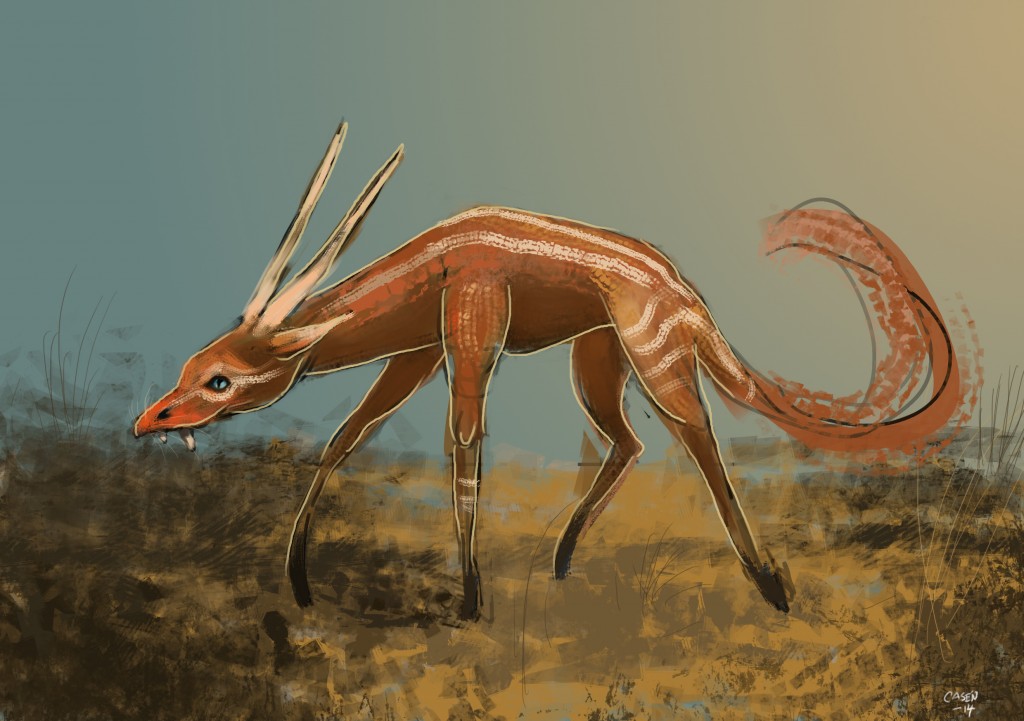 I’m super busy these days with that research contract I signed last month, so I don’t have that much time to draw right now. Most time is spent working with collecting data about video game companies or at the gym. I draw on the weekly sketch jams and maybe some in between.

Life right now is pretty good. I have a job so I can pay my rent, I work when I feel like along the day, I hang at the gym by night and meet my friends almost every day to grill, talk and laugh. I also discovered what I think might be the purpose in life, but I rather keep that to myself. 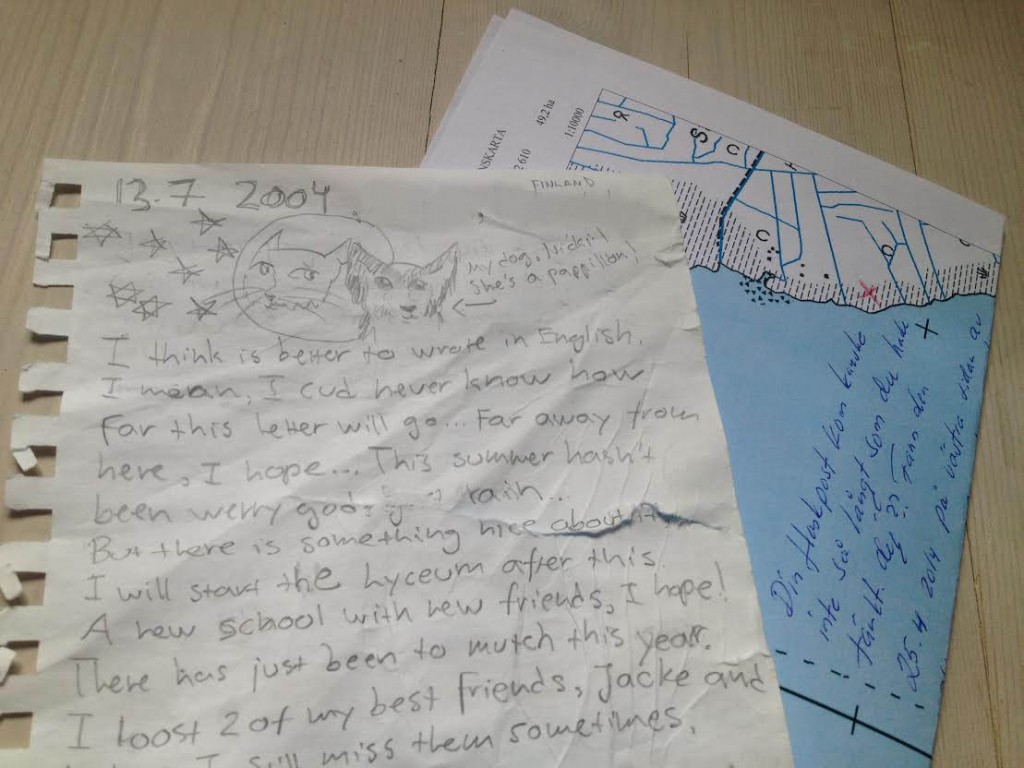 Hey look at that! I got a reply on my message in a bottle that I threw in the sea outside Finland almost 10 years ago! How amazing! The old man who found the letter lives not too far away from where I threw it in the ocean, and he was kind enough to send me his own letter and address, and also included a map pointing out where exactly he discovered the bottle!

The letter I put in my bottle was written the same summer I was done with primary school and about to start studying at a gymnasium in Finland. I had kinda lost my two best friends and was a bit uncertain and worried about starting a new school with no friends. What I din’t know 10 years ago was that I would soon meet the most awesome gang of girls this very summer in 2004, and I would make plenty of new friends in my new school. Ten years ago I had three super nice years at this gymnasium ahead of me, but I just did not know it yet…!

The letter is written using pretty poor English. Ten years ago if you had asked me, I would never ever in my wildest dreams believe that I would be able to stand in-front of a live stream at the Sony HQ in Sweden and hold a lecture in English about game development (which I did two weeks ago). The letter also contains a proud drawing of my dog, Nicki. Ten years ago I would not know that Nicki would die a tragic death in five years.

Ten years ago I had no idea that I would move to Sweden and study video games at University, three years after this letter was thrown into the sea. I had no idea I would meet super inspiring developers, start working in the video game industry and fly to Monaco in private jets with Mojang.

Ten years ago I wrote a letter, put it in a bottle and threw it out to sea. That letter contained some U2 lyrics that I felt really fitted how I felt about life back then; a bit scared, excited and no idea what the future would bring. Interesting enough those lyrics still feel relevant to me now: 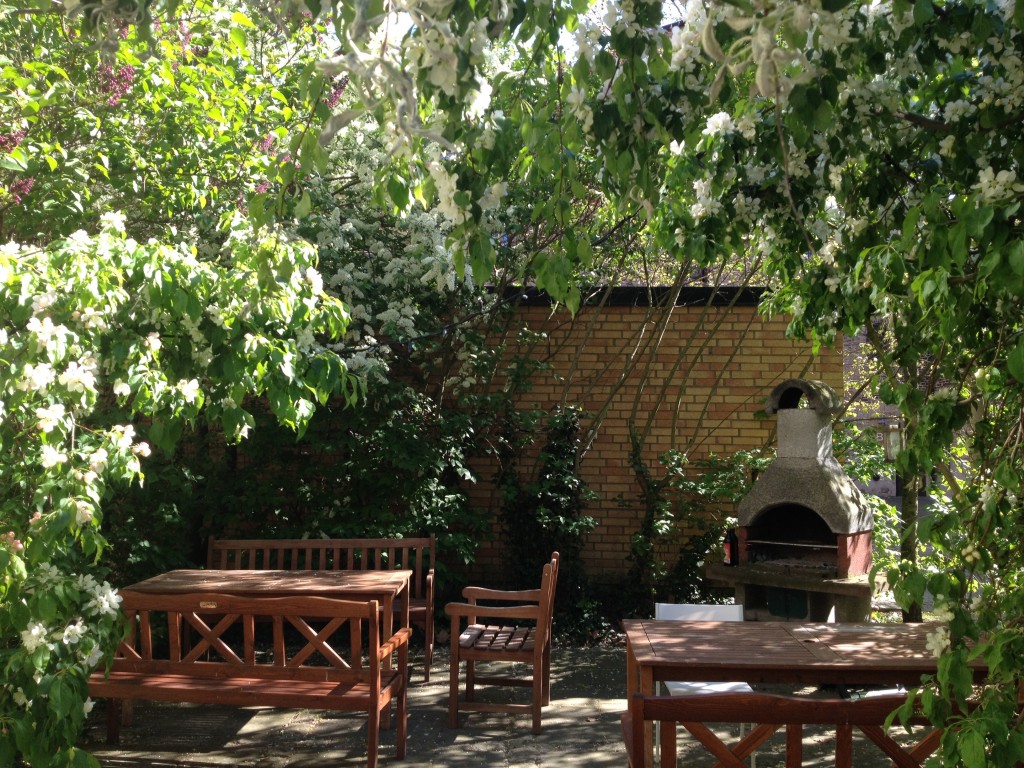 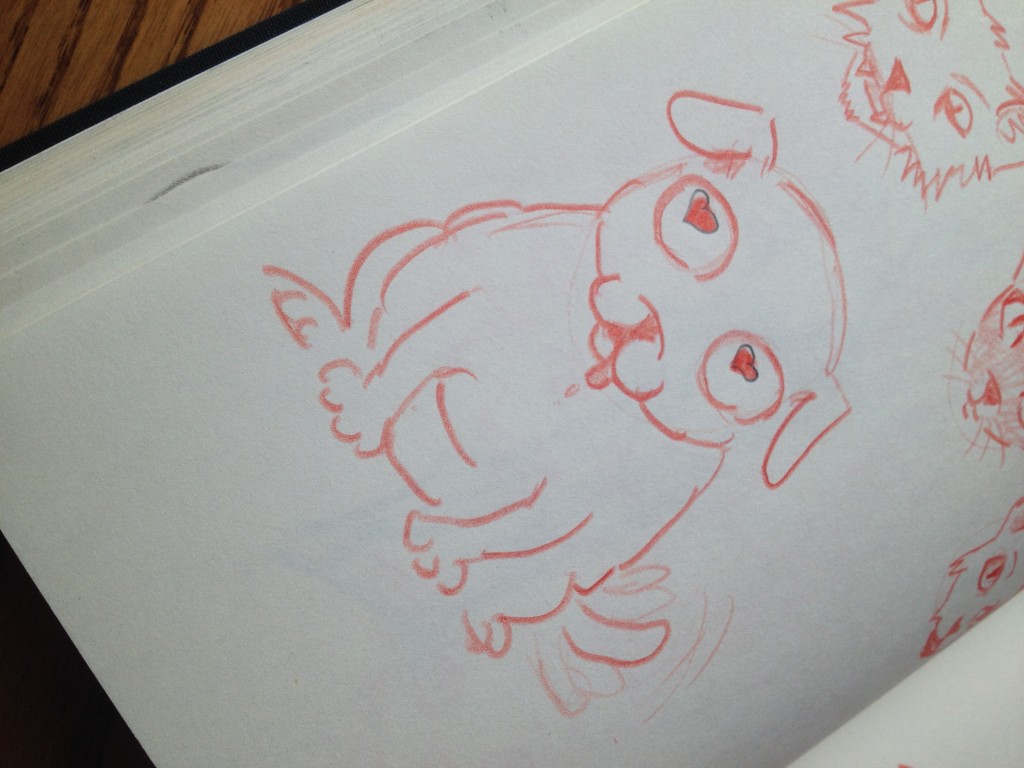 It looks like summer has arrived early to Malmö this year! I just checked the water temperatures, and right now it’s between 11-14 degrees Celsius in the sea, meaning I could go windsurfing in a few weeks! Makes me so happy! I love windsurfing, it clears my head and I get plenty of fresh air and exercise at the same time. The images above are from my backyard, which is absolutely lovely this time a year! Flowers and shizzle everywhere, perfect for late night grill parties or just sitting in the sun and reading articles or books.

I haven’t really had the time to draw or paint the last weeks, but I’ve been thinking a lot about WHY, WHERE and WHEN instead, when it comes to art. Last weekend I made a trip to the botanical garden and just watched all the flowers and the trees. When I found an amazing crooked old tree my first though was “damn, I should have brought my sketch book with me!”. I would have loved to paint all the trees. I fricking love trees and crocked branches! And I’m still snapping reference photos of beautiful skies and color combos whenever I find them. I just haven’t had the time to put pen to paper, but I’m not stressed about it. It feels like my Art Project is still going strong, but it has entered another phase. My first year of the Art Project was all about learning the basics of how to use Photoshop and my Wacom. To grind, grind and grind. This year has been about WHY do I draw, and what’s important to me, what motivates me to keep on creating. Something deeper. It has also been the phase in which I have found others to talk art with, and that’s awesome!