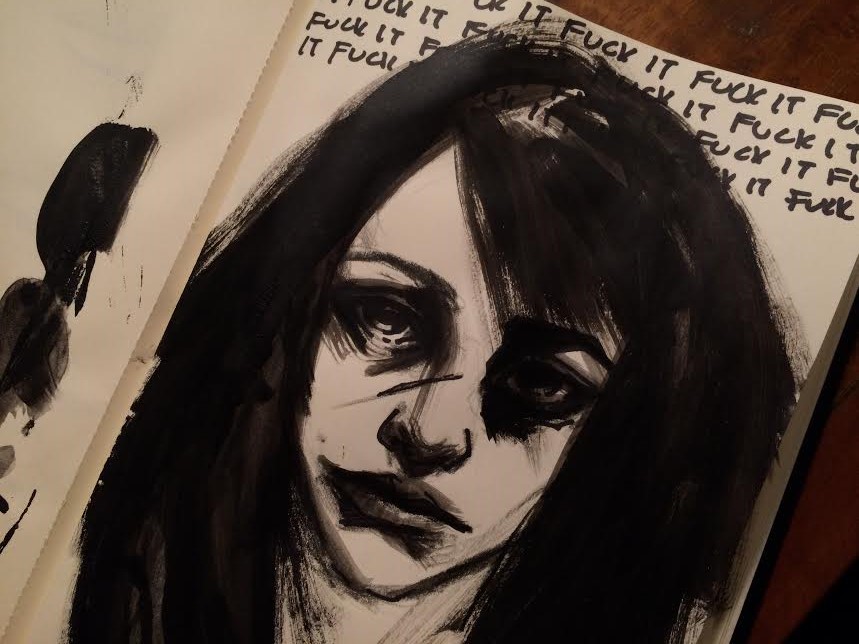 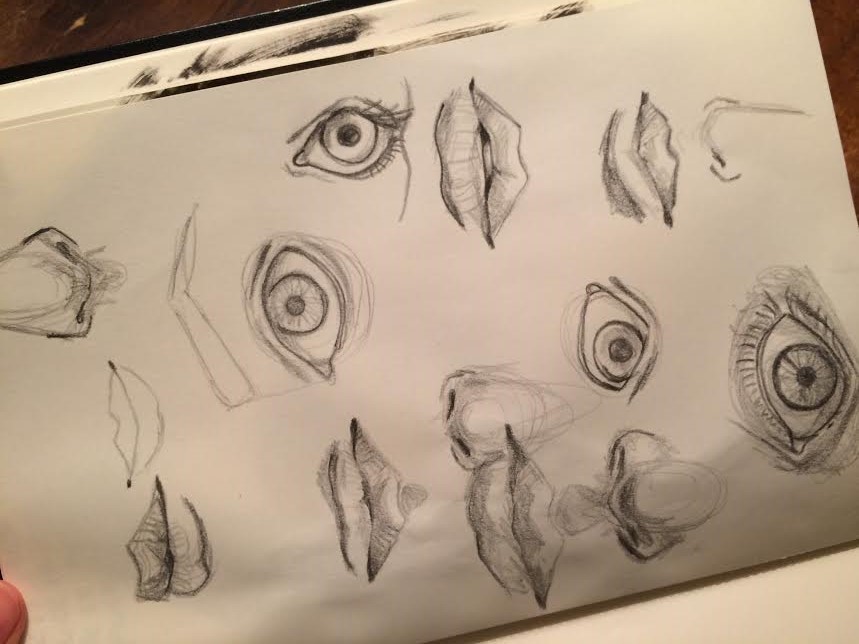 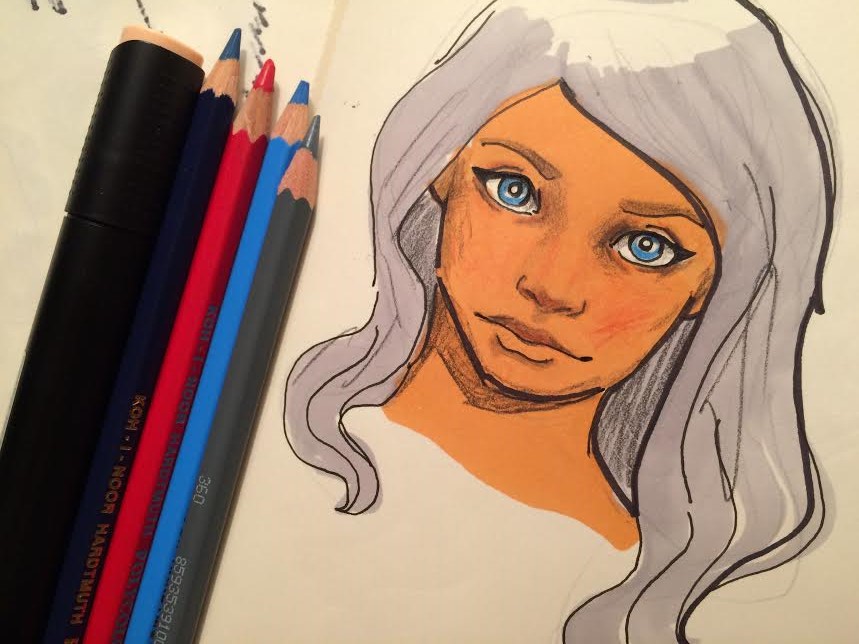 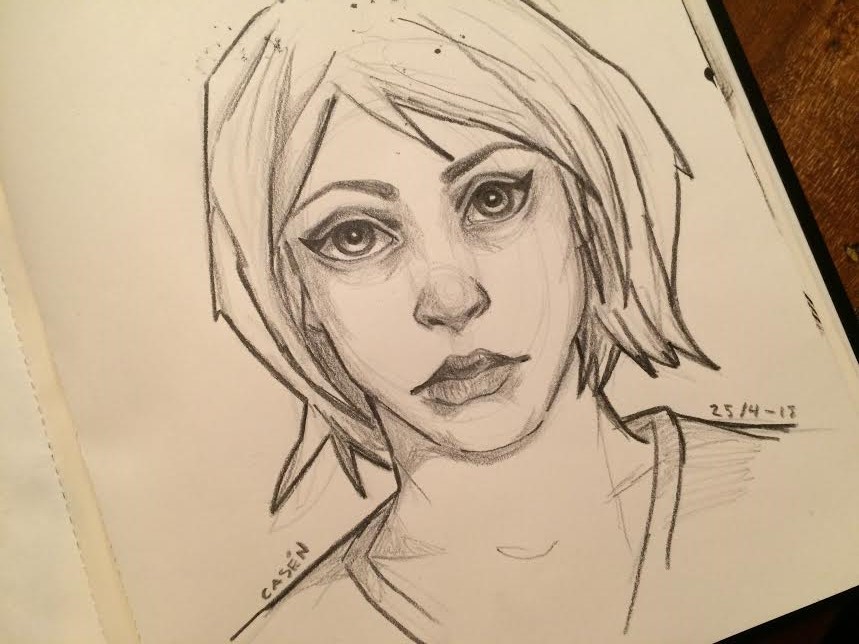 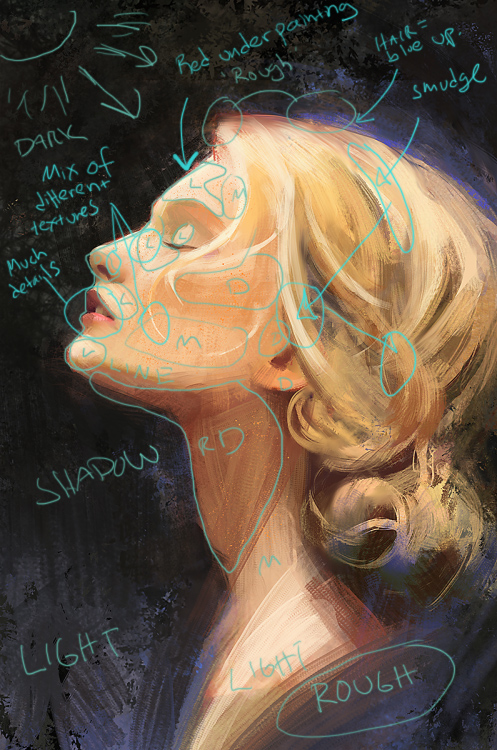 I wish I had the time to draw and paint more. Gonna make an effort and create some more images before I celebrate my third year of “The Art Project” this August! Would be cool to reach 200 posts on this blog with that theme. Right now I’m at #144 and counting. At the moment I’m dealing with some really challenging personal stuff, so drawing and arts has been put on hold, more or less.

Bottom image is a study I made of Mathias Zamęcki’s amazing portrait last week. 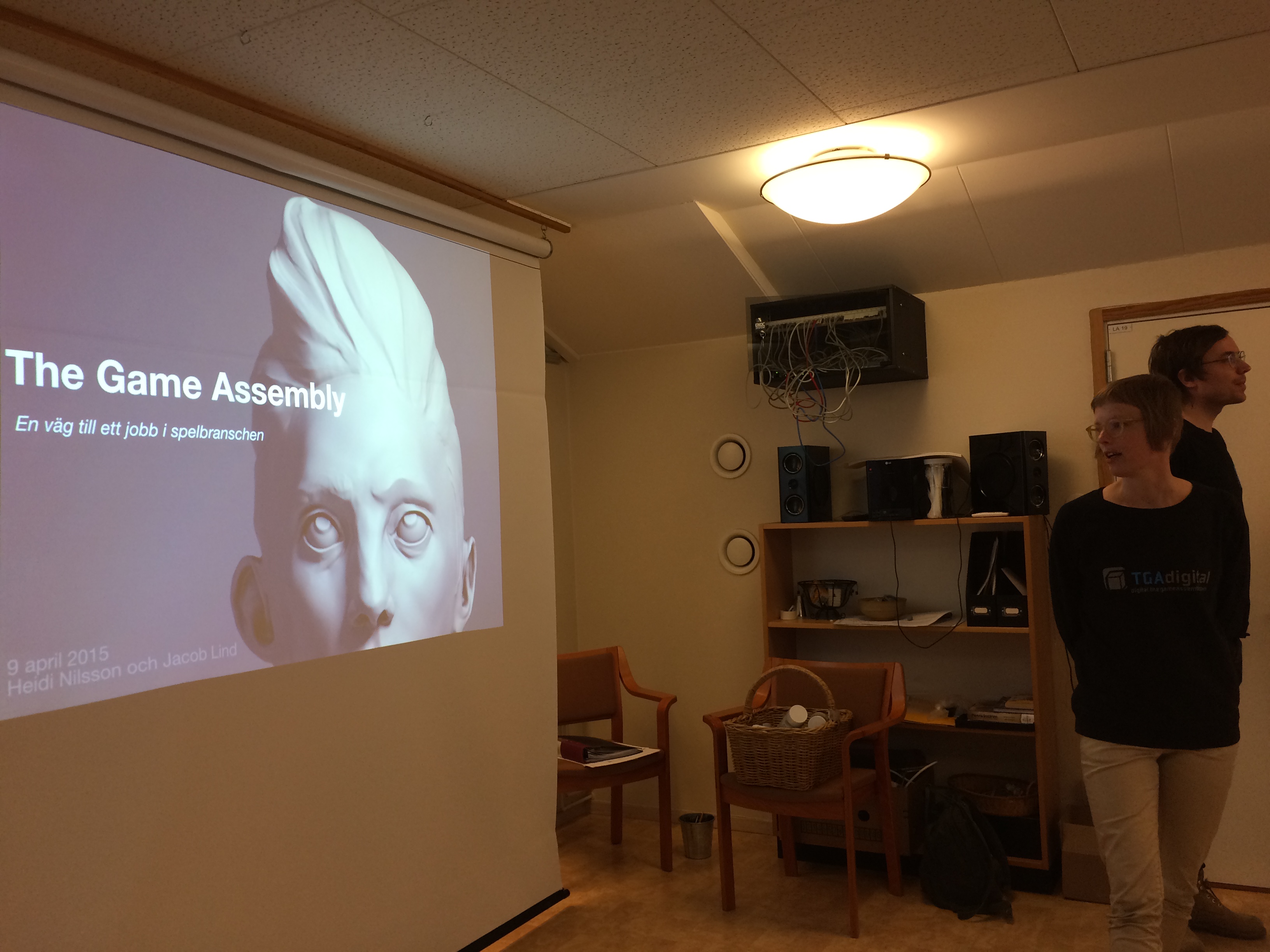 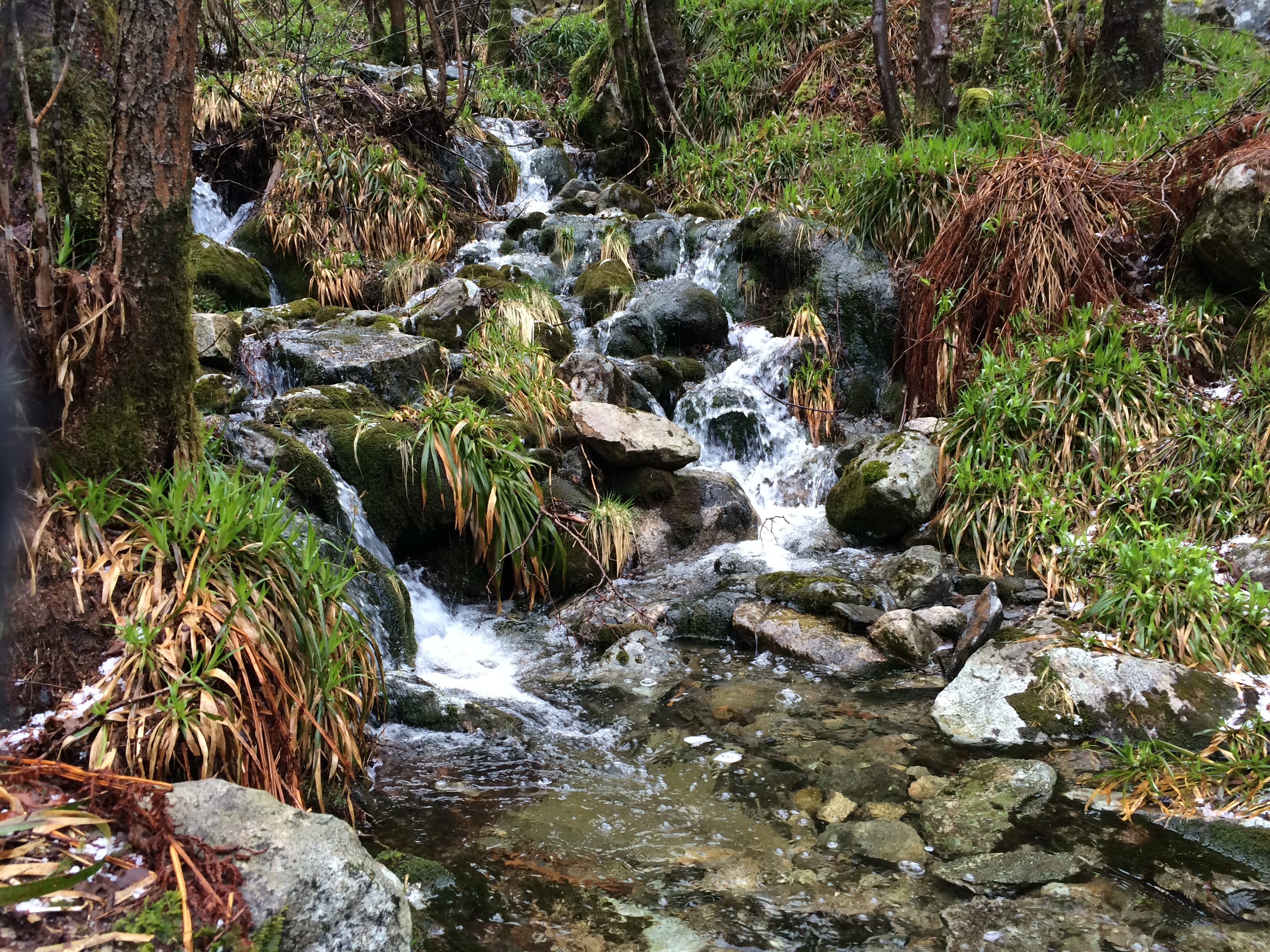 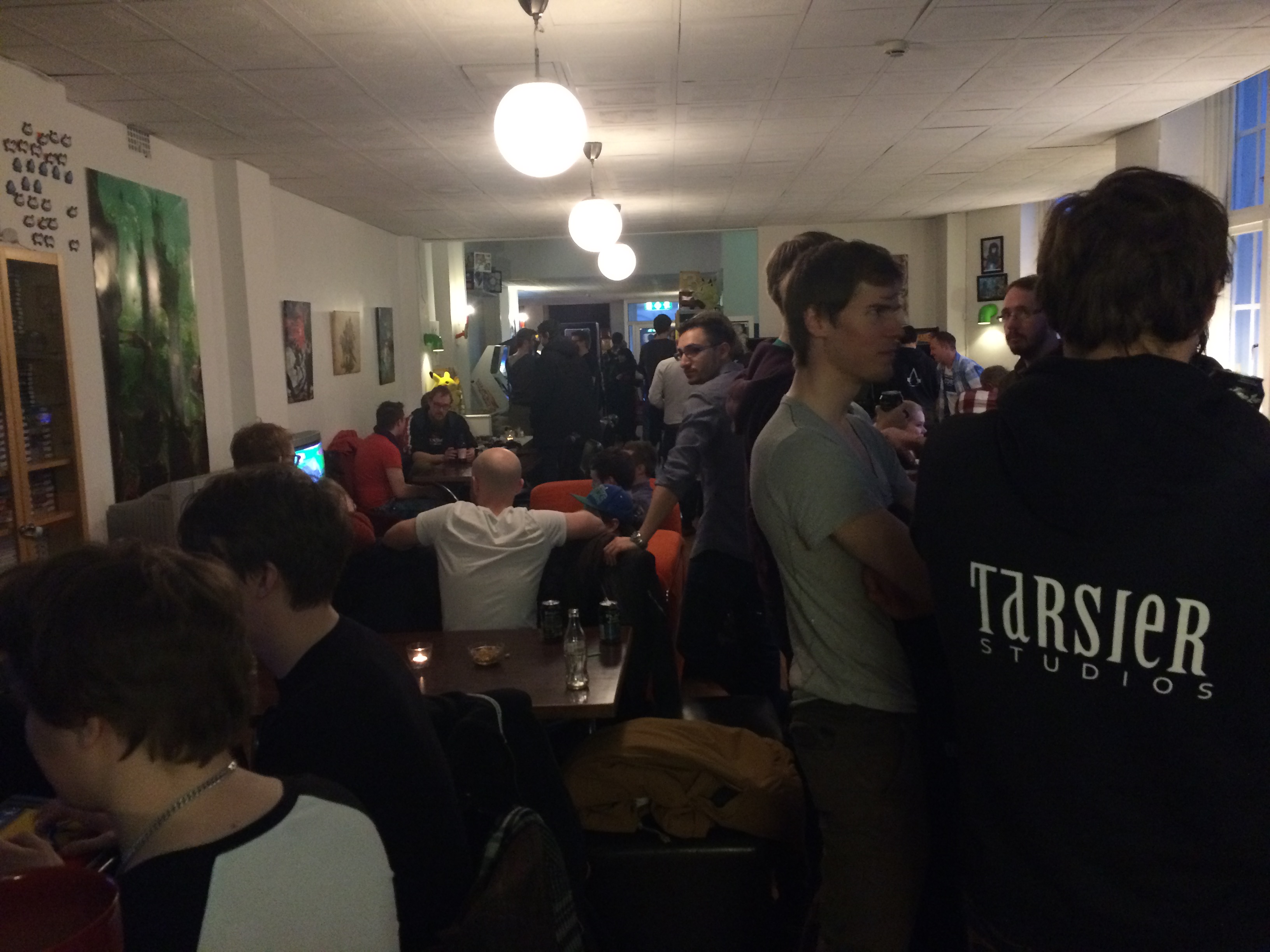 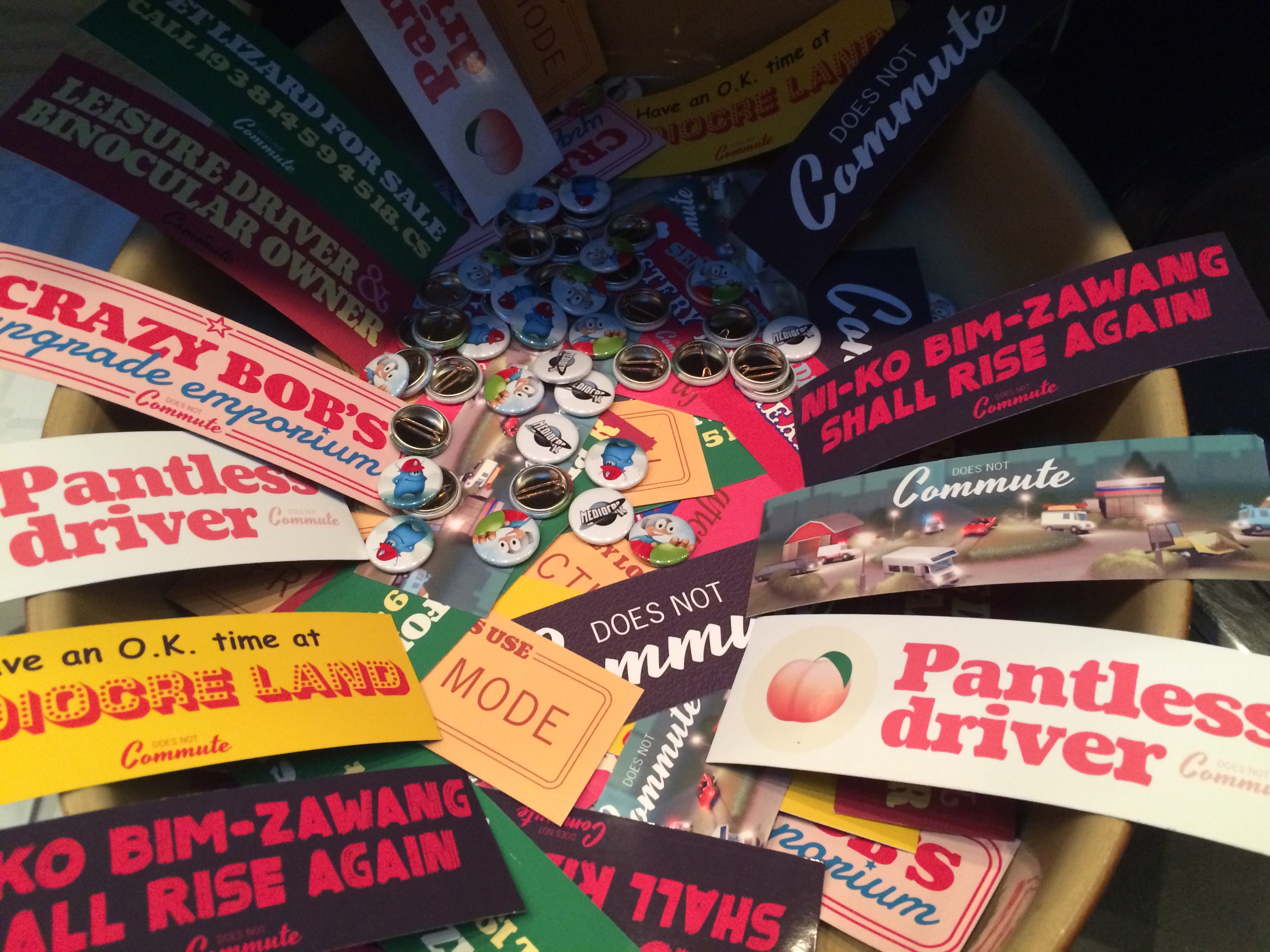 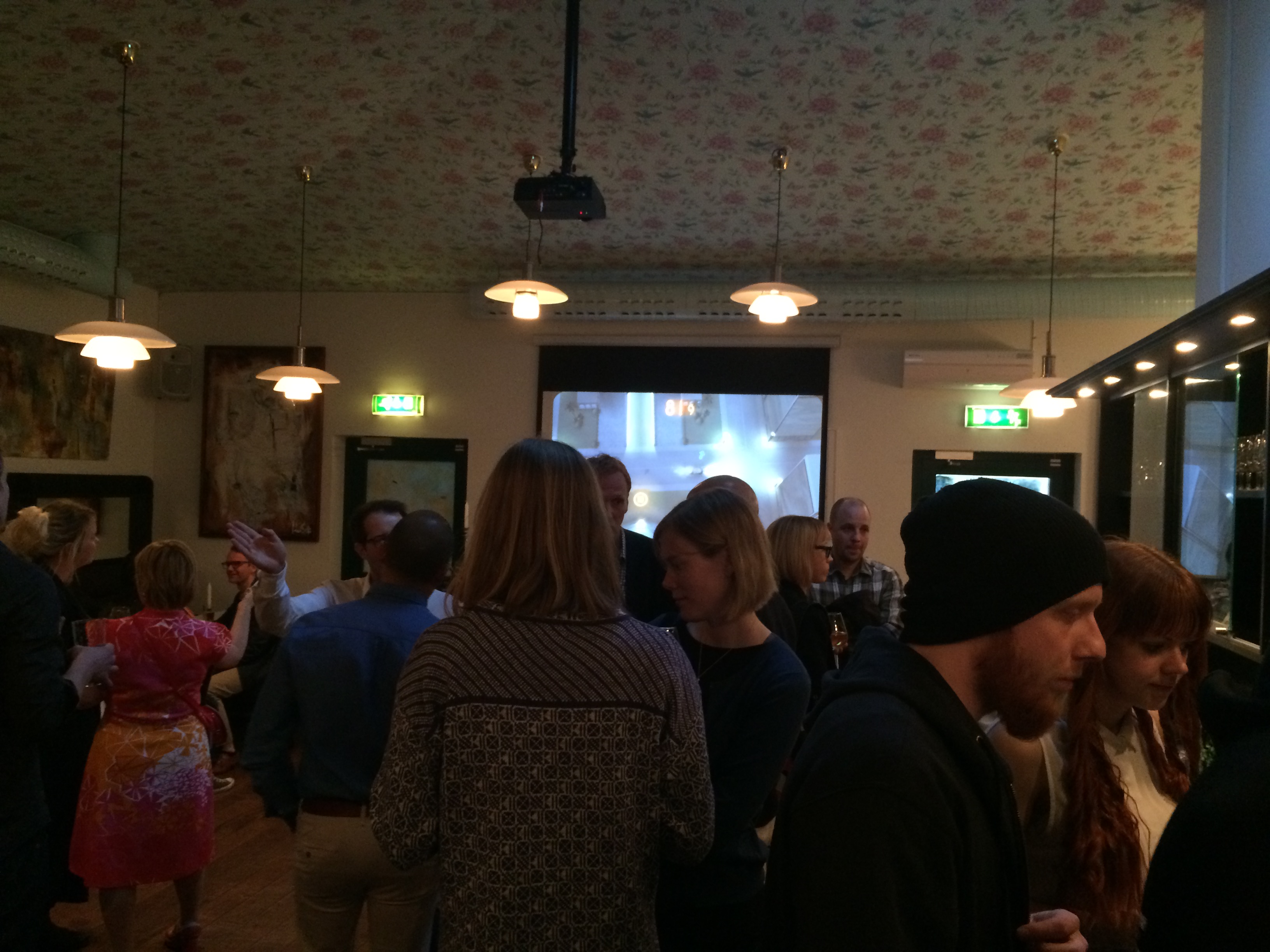 Just a quick little photo dump of what I’ve been up to lately! At the top there’s a photo I shot when visiting the game development school of Ädelfors, together with some very nice teachers from The Game Assembly two weeks ago. It’s nice to be able to help the kidz studying there and to get the chance to feel their inspiration and drive for making games! I’m involved as part of the advisory board for the school’s game education.

The photo depicting nature is something I snapped while running one morning in Norway, two weeks ago. The nature just outside of Bergen is truly stunning, a lot of small springs flowing everywhere. It’s hard to believe you are no more than 30 minutes outside a big city when you see stuff like this. It was so beautiful I had to stop every few minutes just to take photos and enjoy all these amazing plants, flowers, birds and old pinewood trees. Easily the best setting for a run a I had in a long time!

After that there’s a photo from the indie game dev beer in Malmö, hosted by my former employer Tarsier Studios, together with Nordic Game (the company behind the much loved yearly Nordic Game Conference). I had a great time, drinking cola from old fashioned glass cans and playing some of the old arcade and pinball games at the club. It was nice to meet some new devs and just hang out with a gang of old friends.

Bottom two photos are from yesterday’s release party for Mediocre’s brand new game “Does not Commute”. The guys had made these cool bumper stickers based on stuff from the game. There was live music, food and plenty of drinks. I felt a little bit shy that night, so found myself a spot in a corner and just kinda watcher everything, but in the end some of my friends took a seat next to me and I had a great time. I’m so happy to see the game is featured in the App Store and Google Play right now! Read some of the reviews earlier today, and so far people seem to absolutely love DnC : )

Mediocre’s “Does Not Commute” is finally out on the App Store and Google Play today! The game is free to download, so give it a try and tell me what you think : ) I’ve helped the guys with some community management, costumer relations and newsletters.

The game is very charming and features a quirky story, humor and traffic chaos. I’m very happy and proud to be associated with this super talented team of game makers. 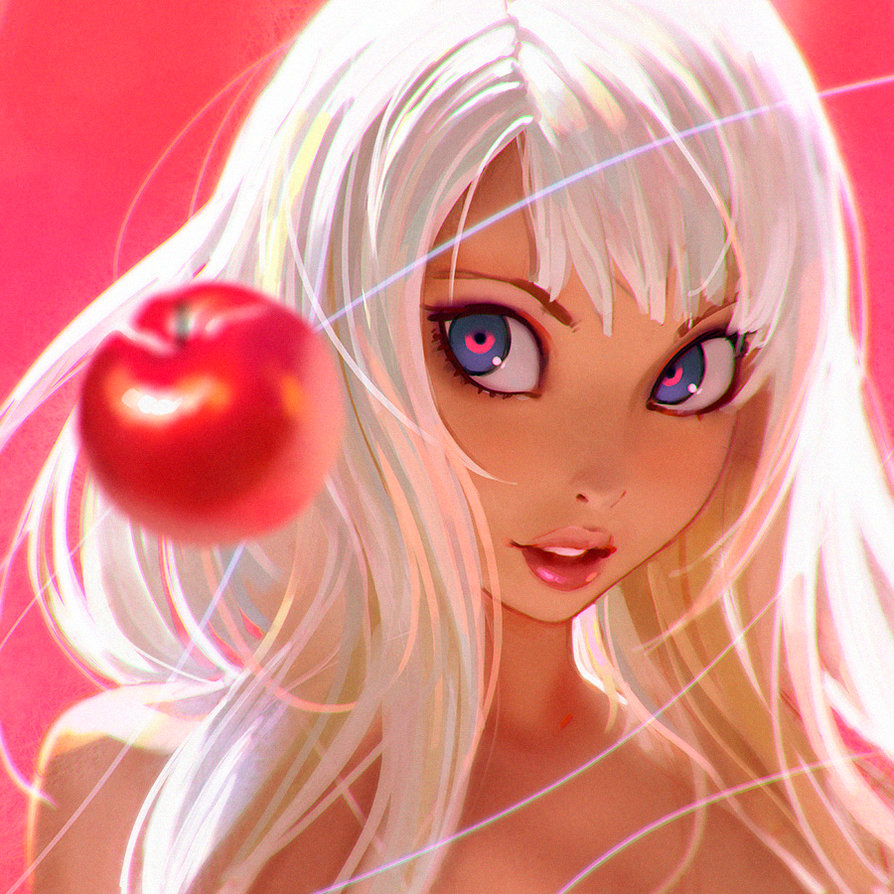 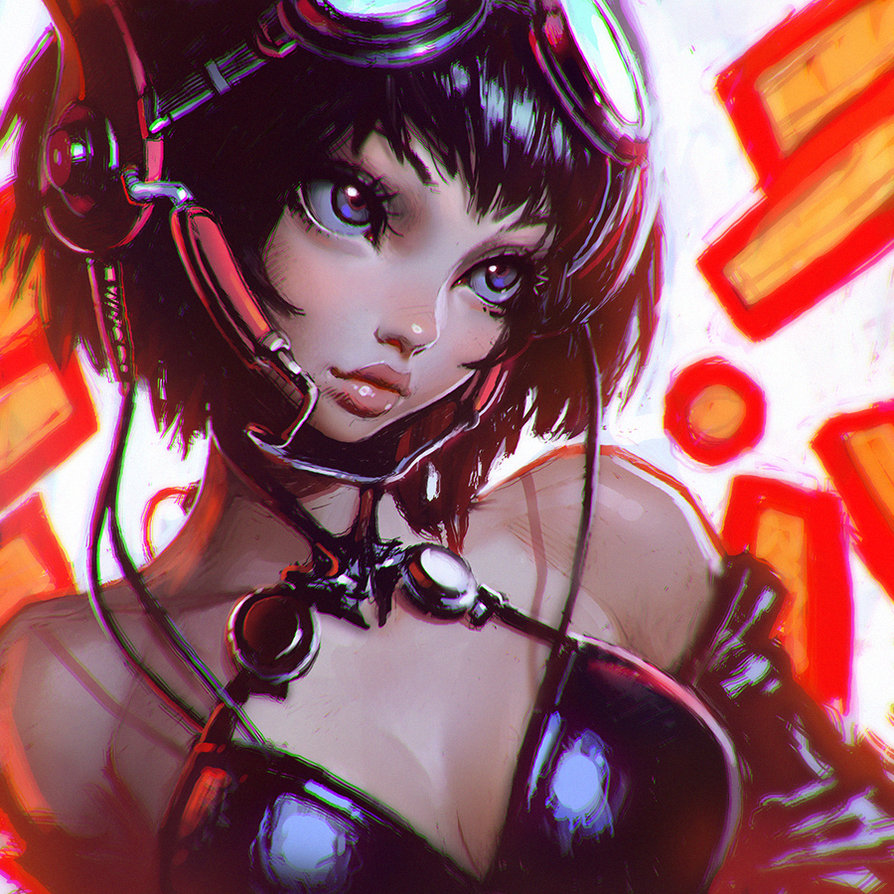 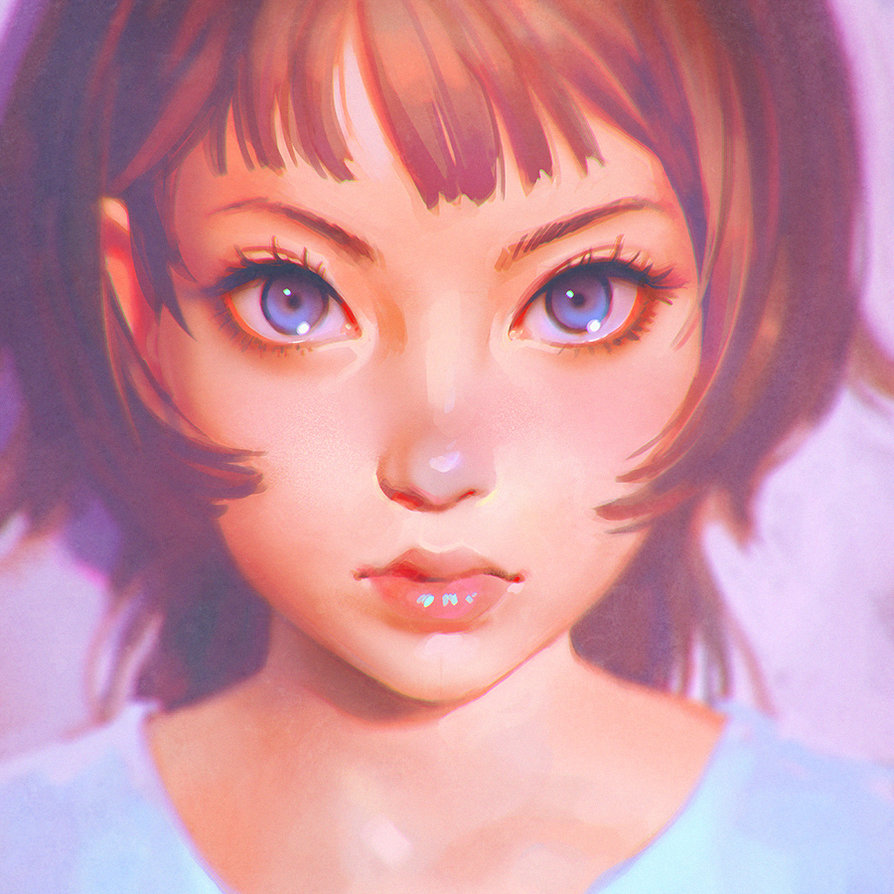 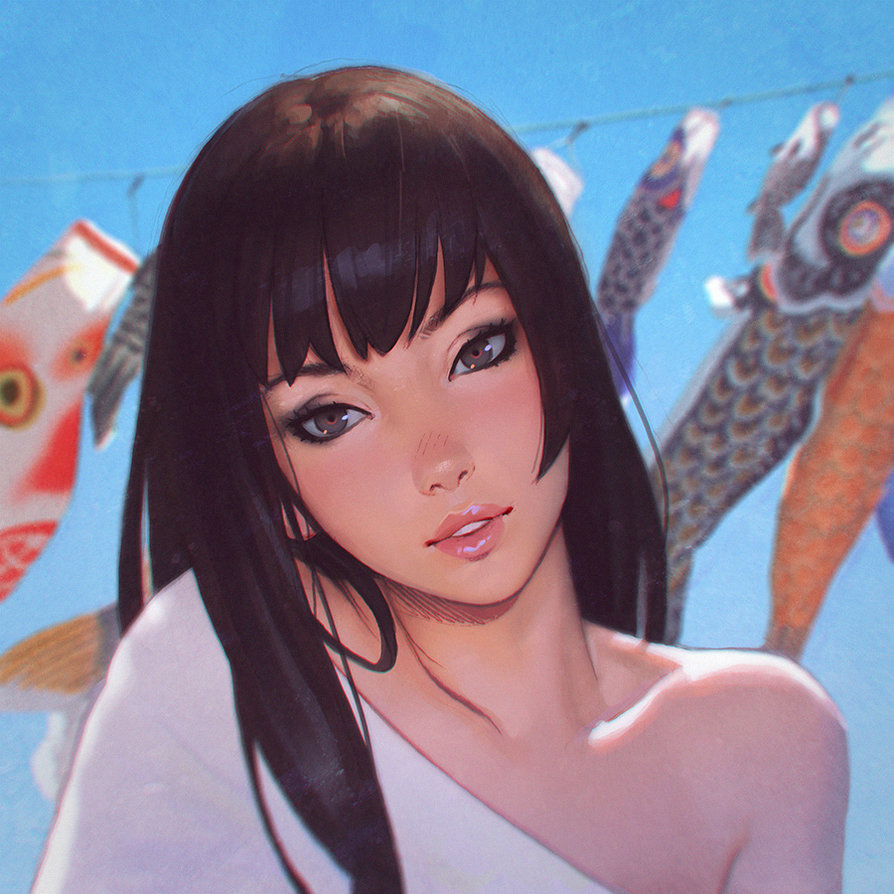 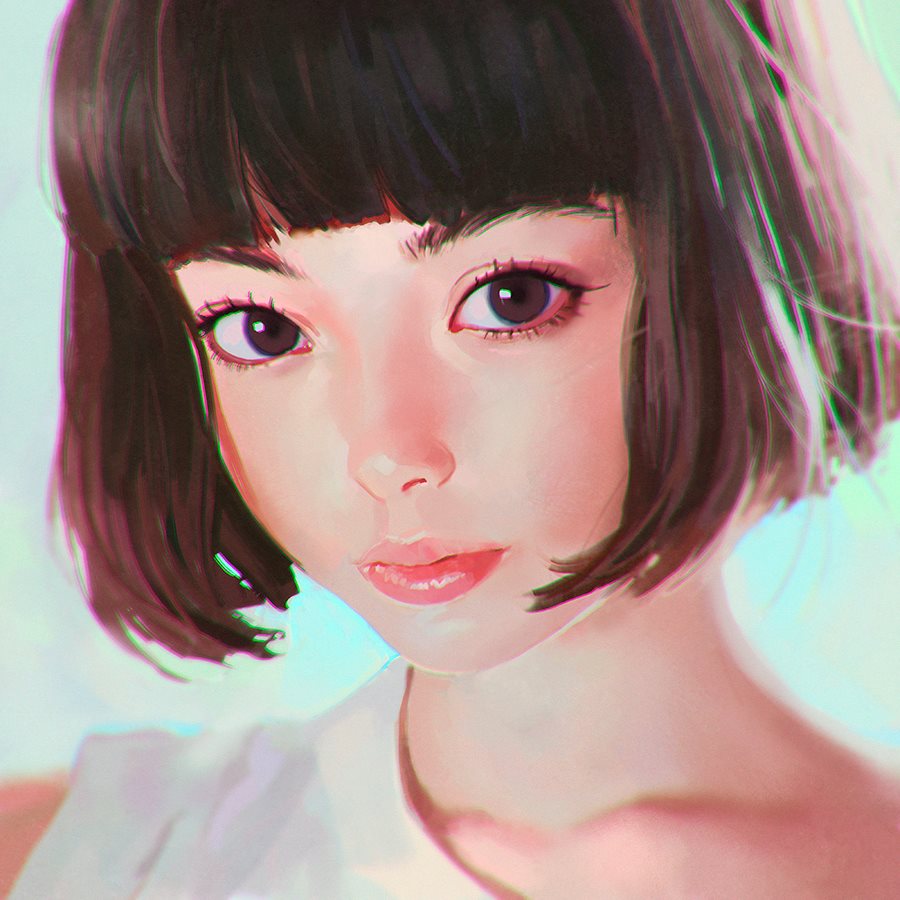 So lately I’ve found a bunch of new artists that produce super cool, inspiring stuff! I might post some of them here on my blog, always linking the art to their rightful owner. The first one I want to share with you guys is this amazing Russian painter living in Japan. Gosh I just love the works by KR0NPR1NZ! The colors are so vibrating, and the way he mixes realistic and manga influenced motives is super appealing to me. The results are a bit dreamy, like something not quite from this world, but a painted, more soft version of reality. 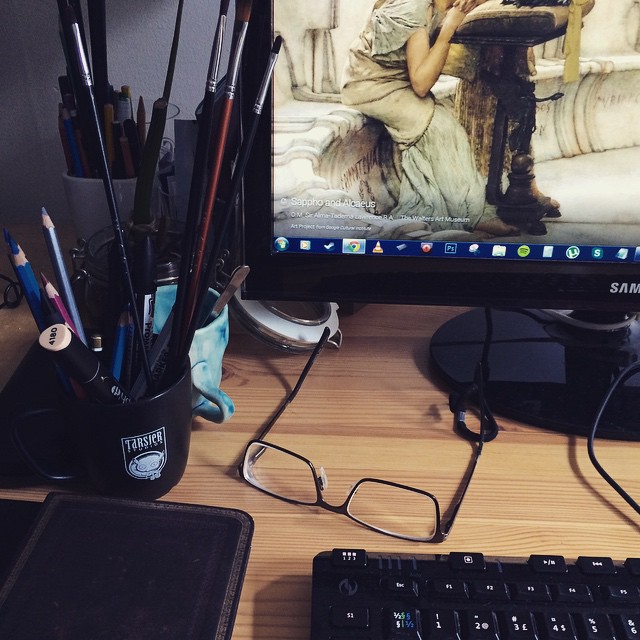 Cleaned both my digital and physical desktop today. I finally see the light at the end of the tunnel for all this spring cleaning. Feels like I’ve been doing little else than cleaning this damn apartment the past two weeks, along with the well needed refurnishing project. It makes me super stressed to live in this mess, so just want it done and over with. Make sure to check out Ilya’s stuff if you are curios about his art. All images here are property of Ilya.

My clients Mediocre (the duo behind the mega successful mobile game “Smash Hit“) have released the new trailer for their next game called “Does Not Commute”! It’s a really charming trailer. The game will hit the app stores next week on the 23rd.

“What starts out as a relaxing commute in a small town of the 1970’s quickly devolves into traffic chaos with hot dog trucks, sports cars, school buses and dozens of other vehicles. You drive them all. Plan ahead. Don’t be late.” 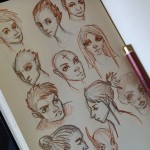 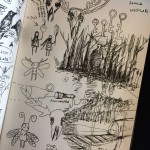 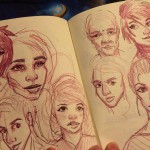 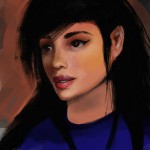 Here’s a batch of my sketch book pages, along with a digital study of a face and a page full of ideas for a horror game that’s probably never going to get any further than this. I’m slowly starting to feel motivated to create art again. Last few months there has not been to much art business going on, for several reasons. Mainly I need to focus on paid work, and I honestly feel too exhausted when I get home. I guess my creativity is in some kind of hibernation at the moment, but two weeks ago I finally felt like I got both the time and the motivation to draw and paint again! Also, my apartment is pretty much a mess since I’m refurnishing and cleaning absolutely everything. I figured it was about time to make it more like a home. I’ve been living here for more than a year and haven’t even set up the lamps, haha! The place looks like a dump right now, and my computer has been tucked under my bed for a week, along with my art gear.

I’be been traveling like crazy past three weeks, almost 5 300 kilometers all in all (Earth’s radius is ~6 300 kilometers, just to put this in some context), which has taken its toll on me. I totally love my family, but they are really spread out across the Nordics, so it’s always a bit of a hassle to go see everyone. In one week I’ve been to Finland, Denmark, Norway and Sweden.

To kill some time on the train I decided to activate Instagram again, so if you’re on Insta and like to see some drawings in your feed, feel free to follow me!

The cat is finally out of the bag! This is the first ever official in-game footage from the game I worked on during my time at Tarsier Studios, almost a year ago. OvO is a very exciting game, about a very special little bird. It’s kinda like a bird simulator, mapped 1:1. I really hope the rest of the game hits the market at some point. Check out the post over at Tarsier’s blog!

All images belong to Tarsier Studios.