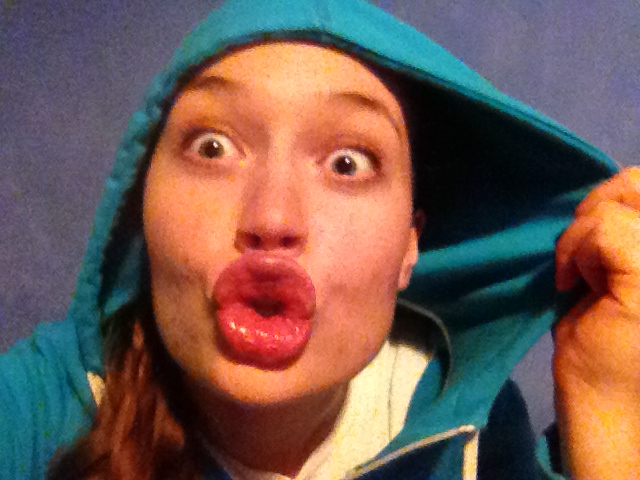 How crazy is that, to ever even have to think about such a thing, right? Here’s the short version of the story:

Back in May 2012 I noticed something strange with my right eye. One night at the office, back when I worked at Junebud, my eyes started twitching, just moving from side to side when I tried to focus on my keyboard or my reading text on the screen. I had been under a lot of pressure at that time and months before that, and during that particular week I had worked 12 hours overtime in two days to make sure JuneCon happened. So I guess I just believed it to be stress related. During the summer of 2012 I spent a lot of time drawing and hanging out with friends, but constantly worried about the state of the company. I had been involved in MilMo and Junebud since the winter of 2009, and I was heavily emotionally attached to both the Crew, the company and the products.

Anyhow, during the summer I noticed I had a hard time focusing on details and edges of objects, to really “see” what was in front of me. It was a really weird feeling, to look at an object, but not be able to really “see” it. So I went to a doctor to check if it was possible for me to get rid of my glasses during the same time. He told med I wasn’t really fit for laser surgery, and that there might be something strange going on with my right eye. So when I got my job at Paradox and moved to Stockholm I decided to see another eye-doctor.

Worst day of my life. He told me (after examining my eye for 30 minutes with all kinds of stuff and tests), that the muscles keeping the eye in place had failed for some reason. It was not critical, but enough to cause headaches and a hard time focusing on details.

Considering my age and the fact I had no previous problems like this, in some rare cases these are symptoms of more serious diseases like brain tumors and other nasty stuff. I was absolutely horrified, and cried all the way home that night, on the metro. I called my family, my friends. I brought home my favorite sushi and my favorite candy (or the closest equivalent I could find here in Sweden. SWEDEN, YOU SUCK AT MAKING GOOD LIQUORICE CANDY BY THE WAY.) After having a near death experience last year I really felt scared. Eventually you die, we are all born to die. I was so afraid. I think it’s hard to understand what it felt like that week after that eye-exam, in October.

So I went to see another doctor a week later, and he and his colleagues made me take a lot of tests, and they said everything looked fine. OK, the muscles in my eye was fucked up, but everything else was fine. So I felt better, I got a  pair of new glasses with a special lenses (I’ve had regular glasses since I was 12). I went to Egypt and had a great week with my family, returned to Sweden and went on with my life. I did my best at Paradox, despite all this. I’m a strong person, I don’t give up. I find a way, or I try to.

Then I started having really severe headaches two months ago, one night I started feeling dizzy, like the ground was tilting, even when I was laying down to sleep. I tried to ignore it, I got afraid. Started to become afraid of the dark at nights. Paid a new visit to the eye-doctor. My glasses seemed not to help anymore, and the pains started as soon as I was in front of the computer, reading text or drawing. I was terrified I had to stop drawing. To give up the most important part of me. The doctors became all serious after a series of new tests, and they told me the two things that usually get affected first if you get some kind of brain disorder or tumor are perception of color or how wide your sight is. They made me take a test with a computer, saying I would do OK since “it’s a bit like playing a video game”. I got to press a button whenever I saw something on a violet computer screen. I felt like I nailed it, I’m a old FPS player after all.

The doctors became all silent when they got the results. I felt the fear growing in my stomach, got all dizzy. There was a problem with my “range of vision”. So they made me take some sick leave and sent for an emergency magnet scan of my brain to the hospital. Haunted by the worried faces of the doctors who previously joked about how I’m so young and that I possibly can’t have anything like cancer or a brain tumor, I had a hard time thinking of nothing else than Death. I didn’t want to die. I had so much I still wanted to do. I really, really didn’t want to die. Not yet. Waking up each night to check there wasn’t a monster in my room, still afraid of the dark.

I waited two three weeks for the scan. The longest three weeks of my life. Stayed at friend’s places almost every night, sleeping on their couches, trying to push away that growing panic and fear. Patting a lot of cats, trying to be thankful for the life I’ve been living in case I didn’t have that much left of it. Trying to make the time go faster, to make the magnet scan happen. Trying to make them time go slower, if I didn’t have that much left of it I didn’t want it to go too fast. More headaches, trying not to get freaked out by dizziness and a sick stomach, seeing every little thing as a symptom of Death growing in my body.

Back at work. Staring myself in the mirror, trying to see inside my skull, is there anything in there? Something that shouldn’t bee there? Only my grey eyes staring back at me from the mirror. Running SQLs at work, trying not to think if these might be the last months of my life. What’s important if I get to choose? Preparing for the worst. Sleeping on the couch at work because of the headaches. Wanting to tell everyone how I felt, but I didn’t want everyone to worry. Pretending like everything was fine.

Sick leave again, struggling to deliver something at work. Without a purpose or colleagues I felt like I didn’t have anything to hold on to, nothing to keep me sane. Struggling not to Google “brain tumor”. Pushing away the panic lurking in my head when I read abut a 23 year old woman with brain cancer in the news. Sleeping at friends places again. Spending the weekends sleeping 17 hours because of headaches. Feels like I’m loosing track of time.

Finally the day arrives for the scan. I sleep at A:s place, we get there early morning, I’m so sick with flu, and the nurse is nice. Unfortunately they can’t give me any results on the spot. Two separate doctors need to have a close look at the photos, it might take a week, maybe more. I lay in the big white tube, trying not to sneeze or cough, listening to the machine doing it’s work. It’s taking photographs of may brain. I keep my breath and try to think about nothing to crazy, maybe the doctors can see traces of my thoughts in the photos? Of course not. After the examination I went to Finland, to spend time with my family. It’s Easter. I get a time to see an eye-doctor in two weeks. He will explain the results to me.

I don’t really remember the days in Finland, only fever, sleepless nights and flu. And some good food and painting eggs when I finally recover from the flu. I travel back to Sweden, eager to know if when or if I can go on with my life again.

This morning I called the eye-doctor. He got the results from the magnet, and asks me if I by any chance could come visit at 16 o clock. I get so happy, this means I don’t have to wait until Thursday this week. It’s time for final judgement. This is it, they took 300 photos of my brain, there’s nowhere to hide for any bad stuff anymore, it’s in there there or it’s not, and I’m about to find out. A few minutes later they call me back, asking me to get there at 14 instead. I get nervous. Trying to interpret the receptionist. Does he know? Did he look at my photos? Did the doctor say anything to him?

I get on the metro together with a friend. I’m so scared and nervous my mouth is dry and my hands are shaking. I’m shaking. The sun is bright, the trip seems to last forever. I’m thinking will this be my last moment before I find out I’m dying? As long as I don’t know that I’m sick I’m not really sick. If I’m sick I can still kill myself instead of letting some kind of cancer kill me, I’m still in control. Thinking of my grandma who died of cancer, how she slowly faded away in front of my eyes.

Entering the doctor’s room. He asking me how I’m doing. I try to smile and be confident. He starts looking for my papers. OH GOD COME ON JUST TELL ME ALREADY, I want to scream.

He finally finds the right paper and looks me in the eyes: Sara, your tests are fine. You have a minor infection in your jaw, but that’s nothing to worry about. We are going to get you a pair of new glasses and things should be OK.

I smile. I smile so much. And then me and my friend went for an ice-cream. It was nice.

4 thoughts on “I Do Not Have A Brain Tumor!”