Some Swedish game developers talking about the future of gaming. But hey, what do we know!

With E3 around the corner (one of the biggest game developer/press conferences about games there is),   me and some of my friends working on other studios talked about the current state of game development.  Since we are working on three different companies, making three different kinds of games, it was very interesting to hear what my friends had to say about the topic.

Quick background info: I work for a company that runs a free to play MMO with micro transactions. We are just about to release our first iPad game and many of those who work for us have great experience of making big AAA-titles. My friends in this conversation works for 2 different studios. One of them making a fast paced PvP game, and the other group making mobile games and “regular” PC games. Back in the days we went to game dev school in Skövde together.

We talked about the usual stuff the whole industry are talking about, such as:

How much should you follow your heart as a developer? Well, I think this is such a hard question. In a perfect world you could create all the games you want. All your favorite ideas could come true and you wouldn’t have to care about money. The truth is a lot of really cool game studios out there are no more thanks to this. My opinion is that you need to follow your heart and make a game that you feel is worth your time. If you make a game from scratch you need to devote many, many hours into this (and sometimes it might not even work in the end). You need to have the motivation to do that, you need to do something you believe in. But if you at the same time want to pay your rent and have dinner on the table you need to do a reality check. Is there a market for your game? Is that market willing to pay for your product (two completely different & relevant questions)? Do you have money to make the game AND market it? There are plenty of cool indie developers out there that do not care about the money (or the food), pushing the game media forward. For me it’s important to work with something I believe in, but it has to be rooted in a realistic business model. As my concept artist friend put it, “I think it shows in the game if the people who made it had fun when they crafted it”. 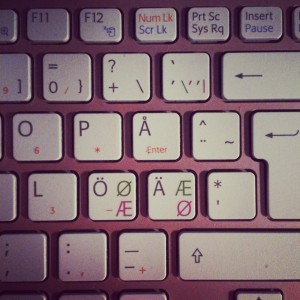 Computer games could be so much more! They need to be considered art! This is one of the most discussed subjects among those who make games (and the one about “does playing violent games makes you a aggressive person?”). I think it’s just a matter of time until games as a whole is considered an important part of the culture heritage. In some groups and countries this has already happened. Humans have been playing games since forever, and playing chess for example, is already considered a classy activity. The situation about not being able to copyright game mechanics is very interesting. This means you are “free” to borrow from others and re-use smart solutions. I think this makes it easy for cool cross breads of games and a lot of experimentation to take place. OFC it’s not that cool to steal someone else’s design, but imagine if someone had the ability to jump copyrighted, or the concept of XP, or the option to have a friend-list etc. 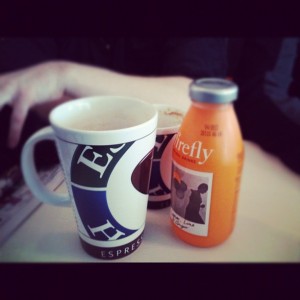 People often say that “we could to so much more with games than we are already doing”. I guess that’s true to some extent, but I think we need to look at what’s going on in the market and realize there’s some pretty awesome games out there that makes people forget to sleep or even eat. It’s nothing wrong with striving to improve, but remember to appreciate what you got!

One thing that (for me) set games apart from other media is the fact that I’m controlling the actions performed. It’s me that’s jumping, killing or solving a puzzle. When reading a book, watching a movie or listening to a song the story is told to me. That results in images and feelings inside my head (you know when you read a book and make up the places described for your inner eye without even thinking about it). When playing the game much of this takes part outside my head. It’s a different kind of immersion, at least for me. Someone else already crafted the scenery, the images, the sound, the art and the actions. To me it leaves very little room for interpretation. I act instead of dreaming up stuff. Having this said I think games that aren’t so clear about what’s going on, like Flower, is much more close to be accepted as a form of art. It lets the player (or the beholder) read what’s going on in another way that Dead Space for example. But that’s just me. The “eye of the beholder” and all that stuff.

P.S I think these are some of the most common subjects when people with different backgrounds are talking about games:

– Should video games be considered art? Why/Why not?

– Does playing violent games make you violent or anti-social?

– Is it OK to collect metrics and data about your players and drive the design based on this?

– Who are you gonna market your game if you are a small developer?

– Do women/men differ as games or consumers of games? If they do, then how?

This week I joined the Tuff Tanks project at work. Tuff Tanks is our newest game, to be published for iPad, if you want to see the trailer, click here. This means I’m now involved in two games. Exciting but challenging at the same time! We are making Tuff Tanks together with Aeria Games, and the game will launch this spring.

Anyways, here’s some selected photos of what’s been going on at work for the past two weeks! Our awesome concept guy has been making concepts for a new enemy to roam the world of MilMo. Nothing is decided yet, but things are looking good! 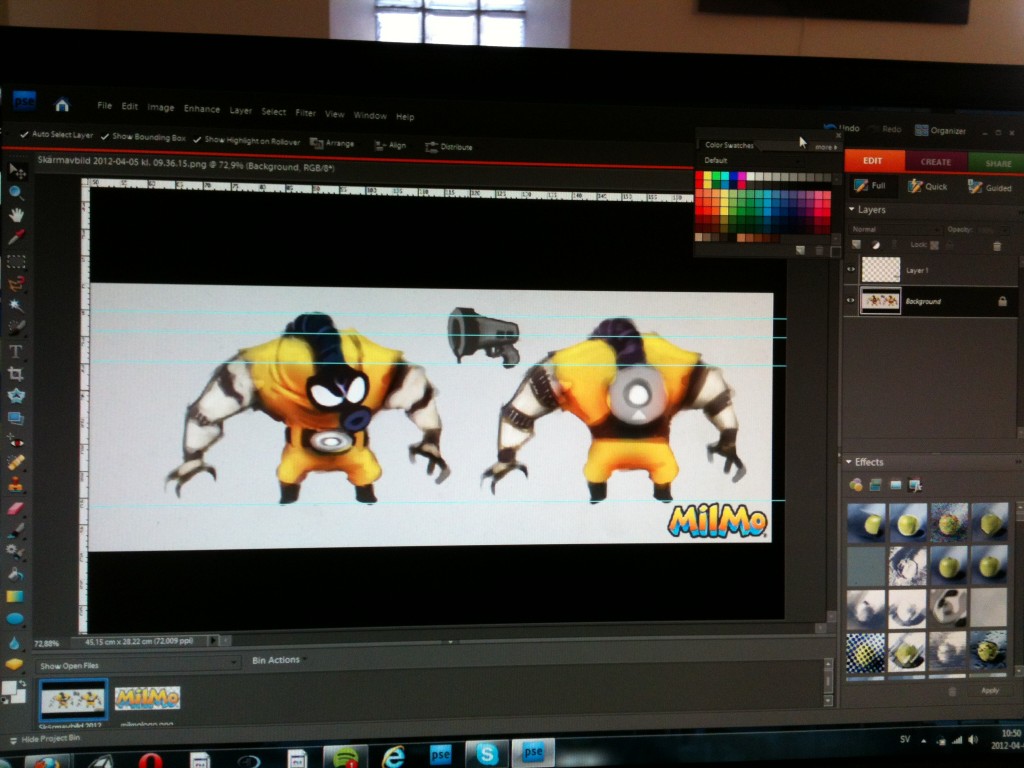 Some colored concepts of the new enemy. This is still work in progress and stuff will change. 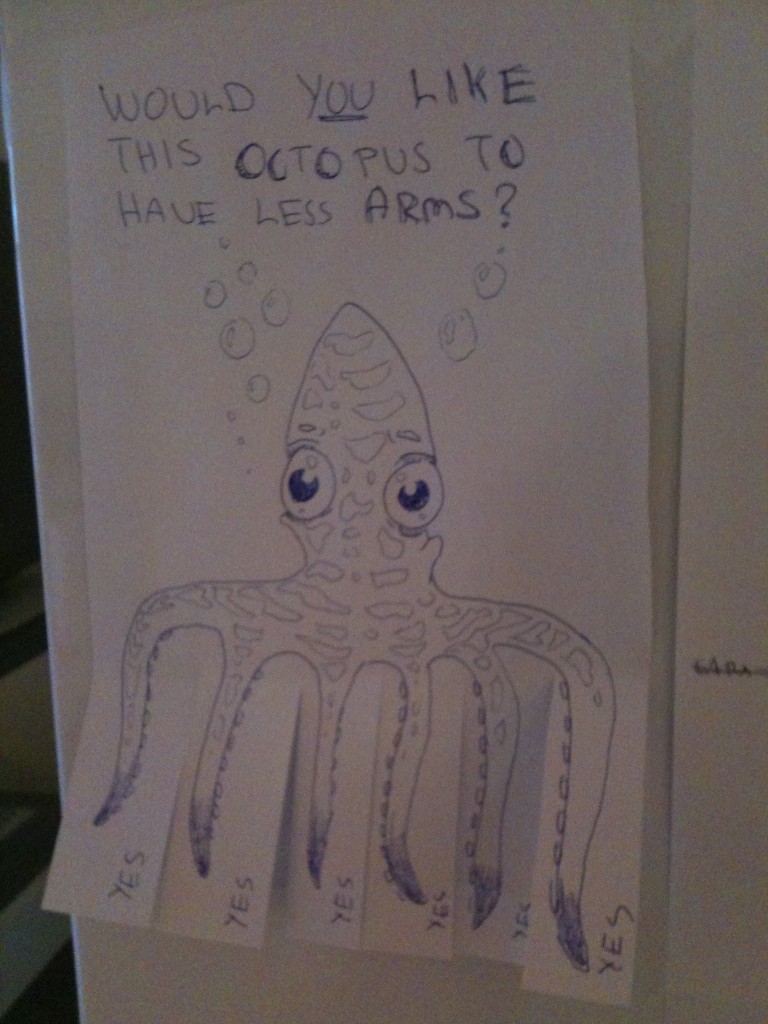 Made this and put it in the office kitchen. It's not my original idea, but I like it so much I want to pass it on! 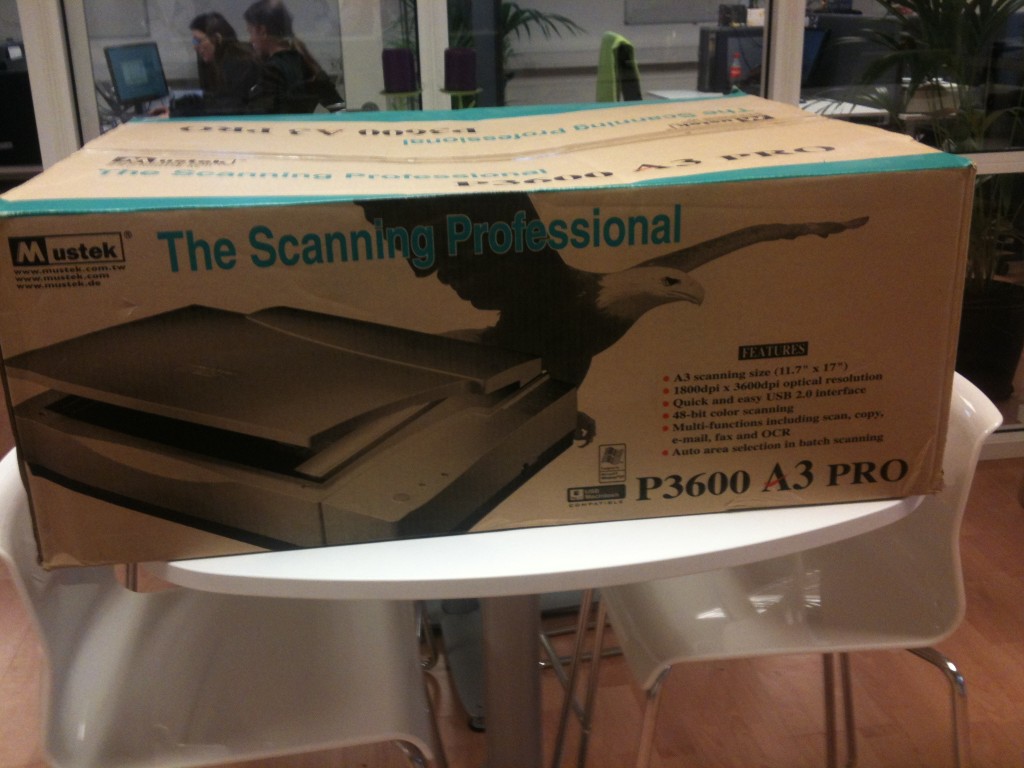 Our CEO Ola got us a box of eagles this week. Sweet! 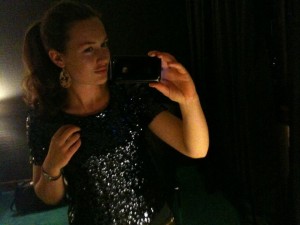 Time to get ready for the first mingle party of the week! 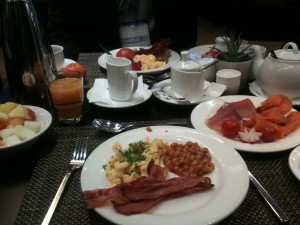 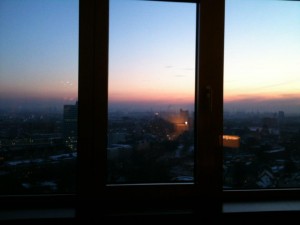 The view from the room was amazing!

For those of you who follows me on twitter.som/saxen8 you know that I went to the game developer conference Casual Connect in Hamburg, Germany this week. It was a business trip together with my boss Ola. Last year we went to CC we had a great time and met many interesting developers and companies. Photos from last year can be viewed over here. They are originally from Junebud’s own developer blog.

Since Junbud (the game company where I work as an associate producer) is focused on casual web and mobile games, Casual Connect is one of the most relevant events of the year for us. It’s a perfect way to get to know what’s happening in the industry and catch the gossip.

We stayed at the Radisson Blue hotel, connected to the conference halls. Really convenient to stay at a hotel that’s so close to all the lectures! I think it’s a good investment; you don’t need to hurry in the morning since the lectures stared at 10 am. Last year we had to walk for 40 minutes to get to the conference.

This year speakers for the conference included Google, Zynga, Bigpoint. Kotangent and many more. Usually Ola and I split up and make sure we cover as many lectures as possible, taking notes and photos of the power points. I have over 250 new photos in my iPhone of power point slides…Yay! Gonna publish more photos from day 2 and 3 later. Staying home today with a massive cold…

My dear co-worker Wicky made me a new Twitter avatar this week. What do you think? She is so skilled at drawing! The blue one is my old avatar, the red one is Me 2.0. To be hones I think I look a bit to good…People will be disappointed when they meet me in real life. 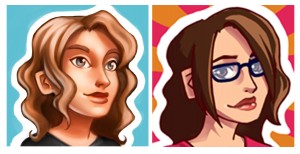 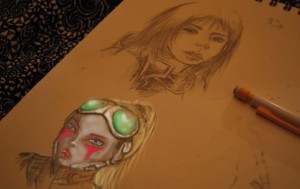 It’s been a long day today. Got no sleep last night, didn’t feel like eating dinner at all, and finally this whole web page FTP-thing went straight to hell. Finally managed to get this site up and running. I hate technology, sometimes. Really.

Picture from a while back, just some random manga stuff. I don’t draw that much manga, but sometimes I feel like playing with the style.