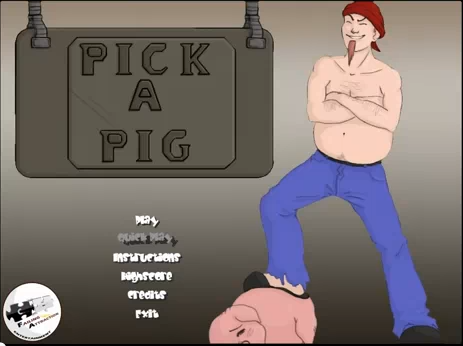 The start screen for “Pick a Pig”! Click to see the trailer!

Oh my god! I almost died of laughter today when I re-discovered my programmer friend Simon’s home page (don’t worry Simon, I wasn’t laughing at the page in itself!)! Simon’s page featured the very first video game I was part of making; Pick a Pig! It’s a simple 2D game; you catch falling pigs on a plate and bring them to a “converter”, that turns them into sausages. Yes. Totally normal. (I apologize now already if anyone feel offended by this game. We were young and just wanted to make a fun game. Sorry.). 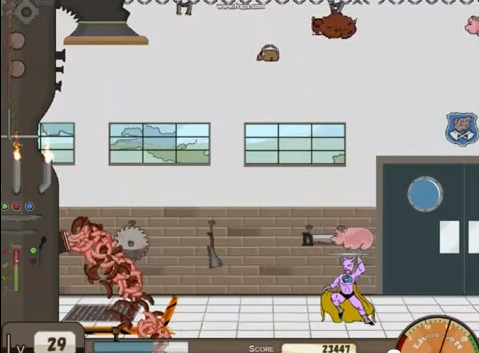 You can play as “Captain Pig” if you want to! Please notice the sausages get a different color depending on if you put regular pigs or the special ones into the “converter”.

And there’s more. You can catch zombie pigs, or demon pigs, and rats give you extra lives. If you want to, you can play as a pimp, a zombie or a butcher. The concept was mine, the result of an assignment we had at University, to write a design document. Gosh, I have no idea why I made it about screaming pigs, zombies and sausages…So many people asked me “but where did you get the idea?”. The truth is I don’t remember anymore. I just tried to write a concept that could be translated into a game in 10 weeks. There was no time to make an epic post-apocalyptic steam punk mmo saga about space marines and ninjas. So let’s take a walk down the memory lane and I’ll explain to you how this silly game from the past came to shape my future. 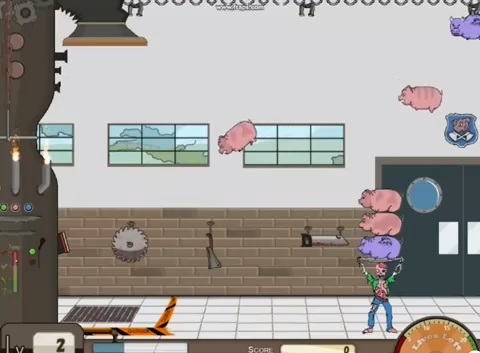 I was the manager for the team, and I still stay in touch with some of the team members. Pick A Pig ended up on the arcade system board at the University of Skövde the same year. People laughed so hard they cried during the presentation of the game in 2008. Most of those who played it still remember it! Hey, I’m sure it would be a hit if we converted it for iphone/ipad! But be warned if you try it, it’s not balanced and the game gets impossible to beat after a few levels. The purpose behind this game making course was to learn about everything that can and will go wrong when you make a game and have small or no experience. It provided a great learning experience! 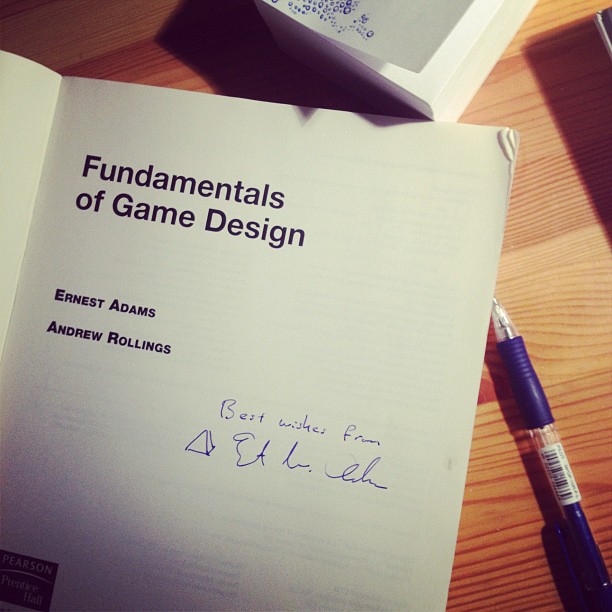 I held a presentation at school about “Pick a Pig” for the game designer/guest teacher Ernest W Adams. He signed my game design book! It’s a nice memory, and one of the first people I met that encouraged me to continue doing games. I know that without that last minute improvised presentation about PaP I would not bee where I am today.

During this game project at University, when I was studying my first year as game developer, I had Ola Holmdahl as a teacher. He went on to hire me as a community manager for his company later on in 2010. And this year when Junebud sadly closed it’s doors, I was the associate producer. I think that Pick a Pig, even if it’s a ridiculous game made a long time ago, has played an important part in shaping my future. I held an improvised presentation about the game for the guest teacher Ernest W Adams. He visited the school and held a couple of lectures when we were making PaP. I’m sure that if I could go back in time and hear my presentation today I would be embarrassed about how weak my English must have been back then, but I really did my best. And Mr Adams even came to talk with me after the lecture, wishing me good luck in the future, saying some nice and intelligent things. It made me very happy, and he made me believe in myself as a game maker. 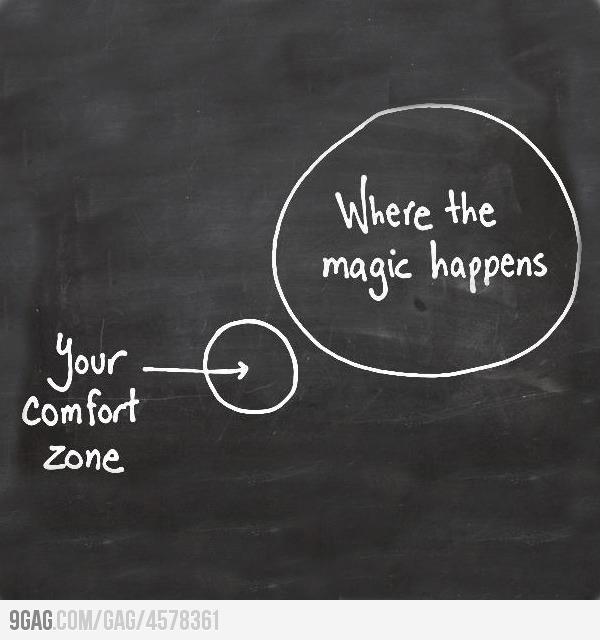 The truth is very simple. It’s scary and nice to learn new things. I realized you get strong by following your dreams, but to follow your dreams you need to be strong.

It’s all a long time ago, but I still remember it. And as I said before I eventually god hired by Ola, even before I was done with school. He was also very encouraging and supportive. Ola is one of those leaders who challenge people and make them grow in a good way. Sometimes it hurts to grow, or it’s scary. But that’s because you are out of your comfort zone, and you need to be out of your comfort zone to learn new things & evolve. (I’m not even gonna mention that the Chinese sign for crisis is the same as the one for opportunity, because that’s such a predictable cliche, so let’s not). 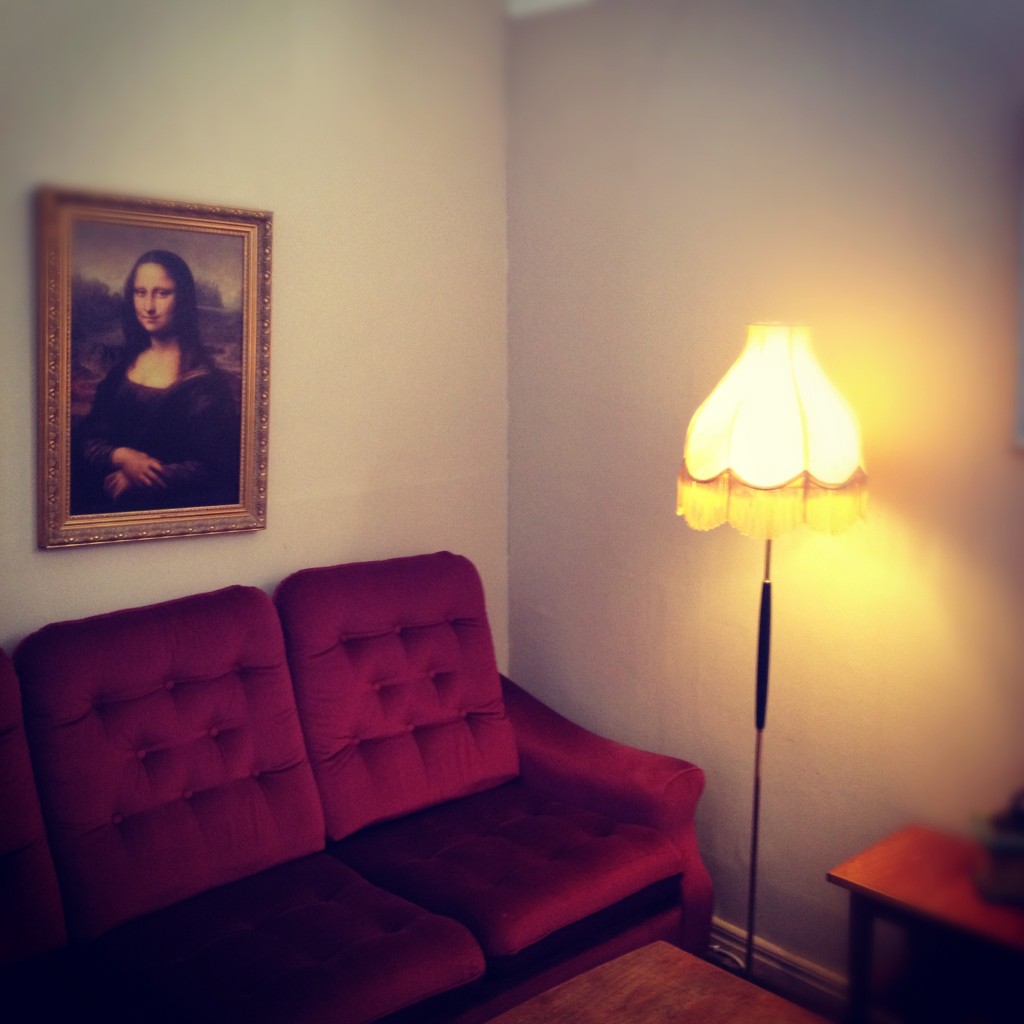 I try to use part of my time to study mathematics while searching for new jobs. I need to catch up on some metrics and analyzing stuff. Today I went to my favorite coffee shop, so cozy!

Sadly Junebud don’t exist any more (or legally it actually does a few more weeks or so). It’s a new chance for me to push myself out of my comfort zone and learn new things. Just like that time at University when I stepped up and held the PaP presentation when no one else wanted/dare to. I put myself out of my comfort zone. The thing is, it’s time for new adventures. The last couple of weeks have been so exciting. I can’t go into details, but I’ve talked to some very interesting companies about the future. Nothing is decided yet, and I’m still trying to decide what I want my future to look like. It’s my chance to shape it. I want to put all the XP I gained at Junebud to a good use! 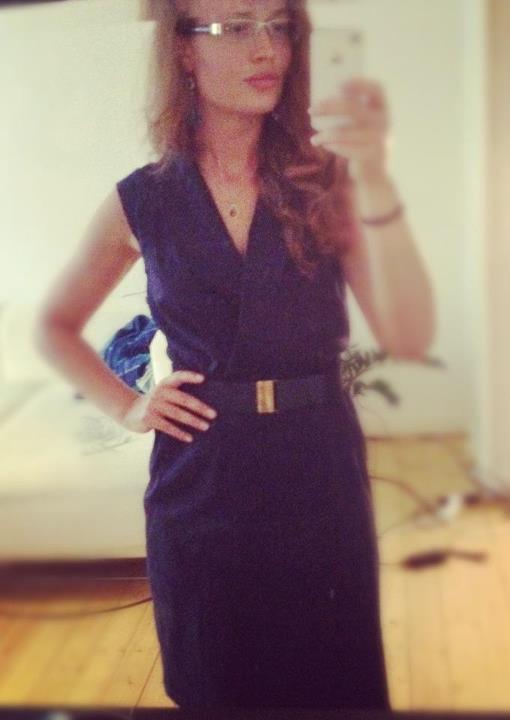 I finally got that business dress I spotted in Finland in July! Ready for new adventures!

Yesterday I collected my last stuff from the Junebud office and headed for a beer with some of the old crew members. I don’t know when I’ll see them again, so it was nice to sit down at the local pub and talk war stories and the future. Some will move away from Malmö, while others already have a new job. It was nice to see them one last time. I’m pretty sure no one from the crew will stay without a job too long. 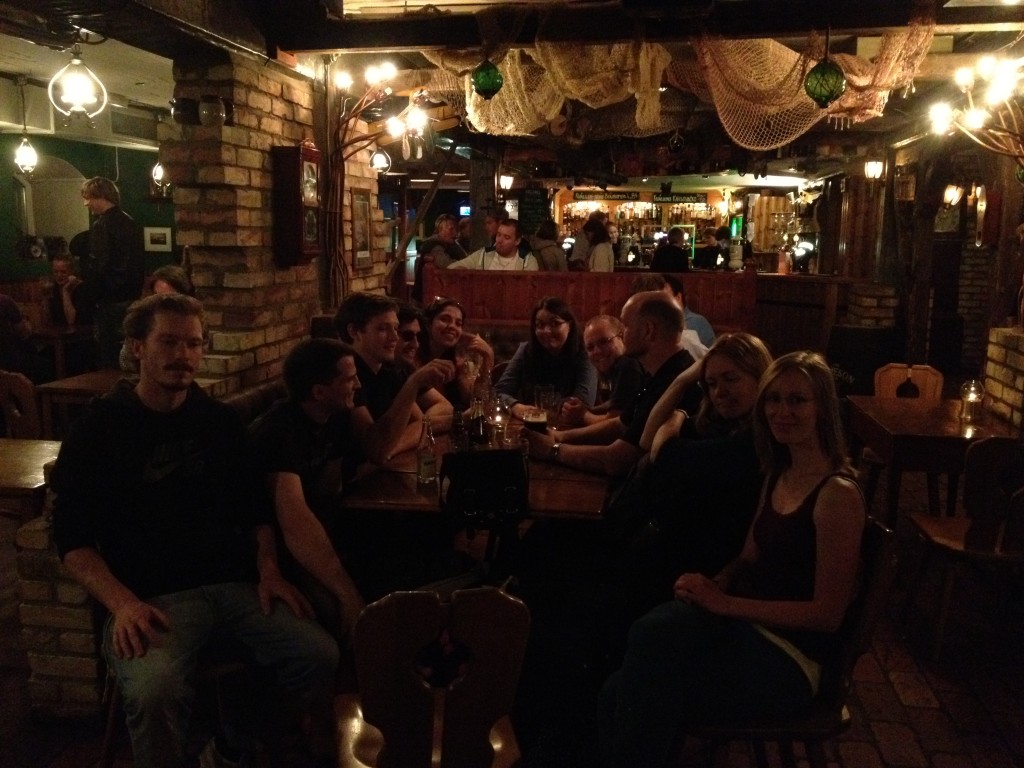 Junebud Crew (some ppl missing) and friends! Together for one last beer.

P.S I hope you like the Pick a Pig game over screen!