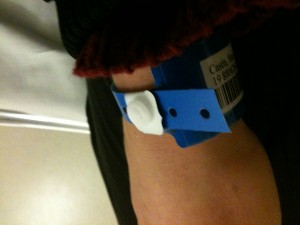 Visit to the ER.

Hi all, as you know I’ve been ill most of this week (and the weekend after Casual Connect last week). Both me and my friend Malte from Triolith Entertainment got infected by this super flu from Germany…It’s really boring to stay at home all day long, just resting and drinking water. The good thing is that when you are bored you get a ton of new ideas and energy do your best when you are back to work! 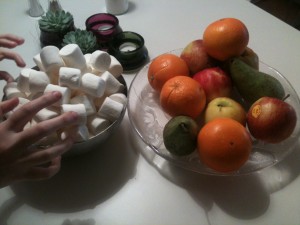 Back to what’s been happening at work! This week the whole Junebud Crew have been working hard and on Thursday a big bucket of marshmallows magically appeared on the kitchen table!

This week I found out about the computer game development event “Utvecklarpriset 2012“. It’s an award to highlight game developers in Sweden. There are A LOT of computer game development happening in Sweden at the moment with Mojang, DICE and King.com to mention a few. The event itself is a good thing to do, but I got a bit disappointed when not a single female was nominated for anything, but 116 males. It’s not like I think you need to nominate females just for the sake of it, but I  think the list of nominees gave the wrong impression; like there’s no females working in the Swedish game industry at all, or at least not any talented ones…And I know a bunch of talented women building games!

Later on I found out it looks like there might been some other problems with this event, like there was no category for “best programmer”, and in some categories they mixed developers with studios, even thou the category said “people only”. A game studio was even nominated as “Best Online Game”? And one guy was nominated in all categories. This event caused a lot of rage (and some praise) within game developers in Sweden. It turned out there was no jury choosing what peopel should be up for the prize, but everyone could freely nominate whoever they wanted. Hopefully the event itself will be fun and I wish all my fellow developers good luck in Stockholm tonight!

I feel this is turning into a much longer post than intended. I try not to write that much about politics or come across like a raging feminist since a lot of them get death treats online for expressing concerns about the fact women are being treated badly around the world. Some day I will write about what I feel regarding booth babes, women developing games and what problems we still have in the Nordic countries. I don’t hate men or anything, so don’t get me wrong. In the mean time, check this blog out about women and gaming. Its fun and well written!