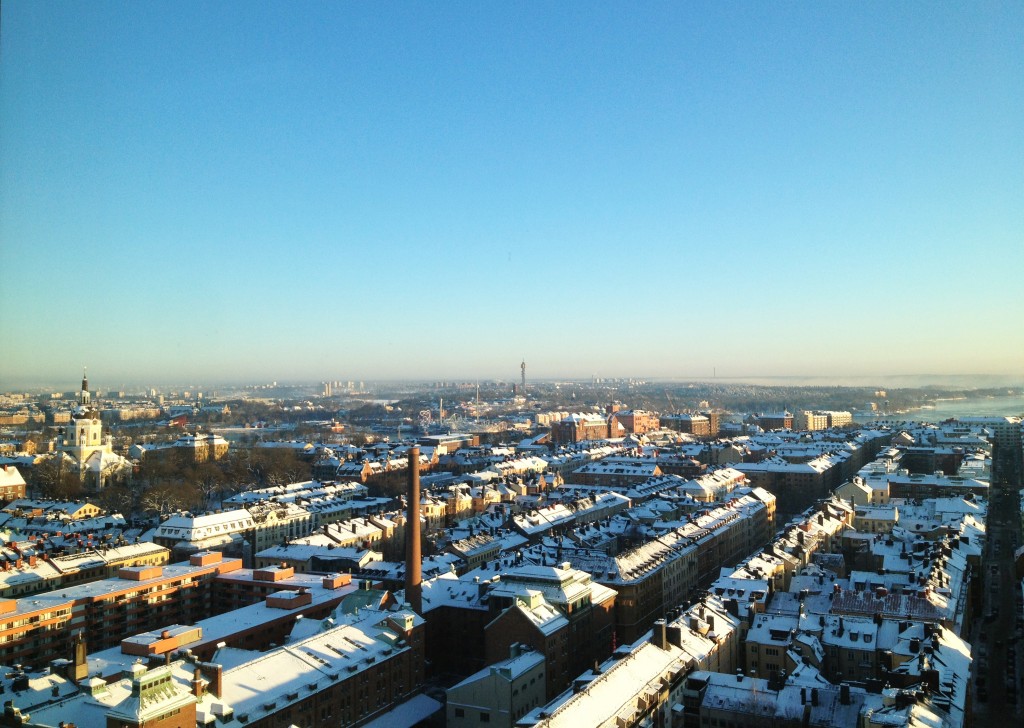 Stockholm as seen from the 24th floor, where Paradox North got it’s office. It’s early morning and ice-cold winter. You can see the “warm” sea water generating a soft gentle mist, rolling over the shores in the distance.

It’s been roughly three months since I packed my bags and moved from Malmö to Stockholm, to start my new job as a data analyst and community manager at Paradox North. So far I’ve been working with two unannounced projects and three other projects that’s already live; Salem-the crafting mmo, Magicka and some stuff for the coming brawler The Showdown Effect. 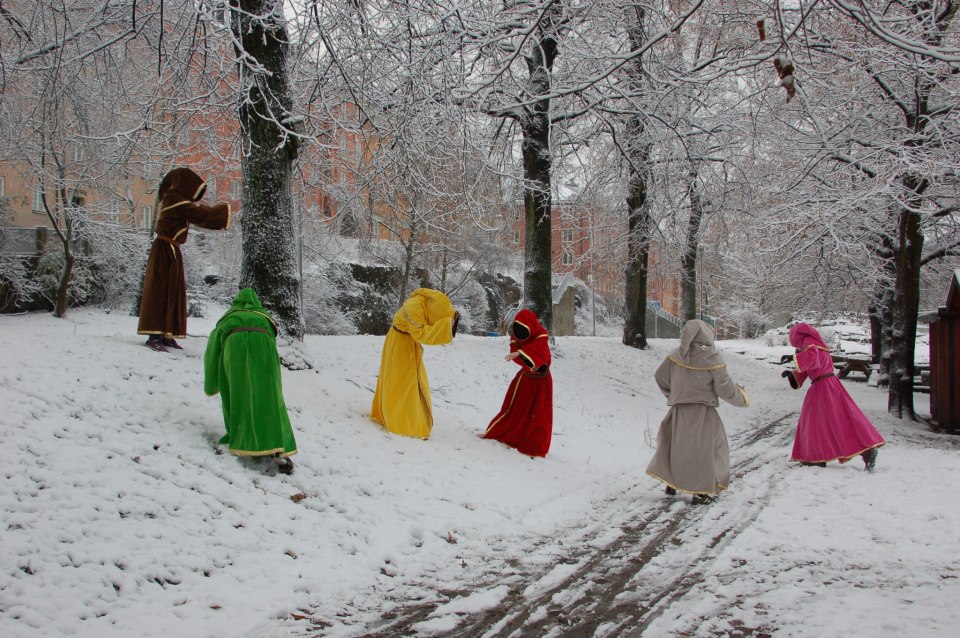 It’s got to be one of the best jobs ever, getting paid to have a snow fight dressed as wizards from Magicka!

Stockholm may be a cold city, and I get tired of unfriendly strangers pushing me around on the metro, but the Paradox Studio is a great place to work! Short story to clear up some confusion: Paradox is Sweden’s biggest game publisher. Incorporated in the studio are:

1. Paradox Interactive is the publishing part of Paradox. They work together with skilled teams of game developers to publish new titles. They published games like Magicka and Mount & Blade.

2. Paradox Development Studio, that create their own classic hardcore strategy games in-house, such as Europa Universalis, Crusader Kings and Hearts of Iron.

3. Paradox North is my base. It’s a fairly new studio based in the same office as development studio and interactive. We are up to something very exciting, but I can’t really tell you any details at the moment.

4. Paradox South is the name of a content creating art studio based in Skövde (the same place where I studied game development during my time at university).

Paradox is growing like mad at the moment. A few years ago they were just about 30 people, and today we are something like 80+ employees, it’s amazing! The company pays my gym-card and provides me with a stand up desk as well. I really wish more video game  companies would display such an interest to help the staff maintain a healthy lifestyle.

I’ve learned so much since I started working at Paradox. My closest boss John H is damn smart and has a way of asking me to explain exactly what I’m doing. This way I find obvious flaws in my way of thinking and solving problems. He is the studio manager of North and his partner in crime is David N. David is an experienced industry veteran that always adds positive energy to the team! I feel so humbled to be part of the team, learning new things each day! All in all PN is something like 15-20 people, and we are still searching for more talent if you know any skilled programmers [jobs here].

The reason I don’t talk that much about what I’m actually doing all day at Paradox is that I find it very very sensitive. I work mostly with user created data and how to improve the games based on data that we track and analyze. It’s like game design reverse engineering. I might measure the steps in a mandatory tutorial for a game, trying to find out where players struggle to move forward, or how many players that ever return after starting the game for the very first time. I work both with our own data system and Steam. I believe it’s important that the players know the data we track is made anonymous and treated with respect. The end goal is always to make the game a better experience, to find hidden bugs and help developers understand how people use their game. 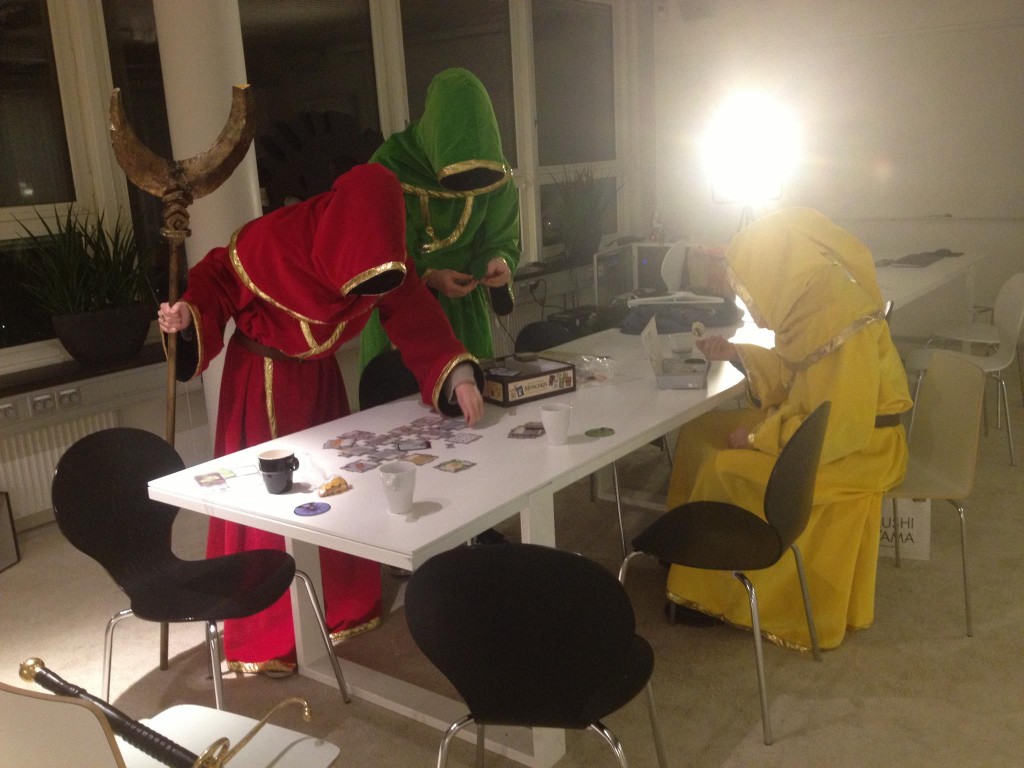 At Paradox not only the wizards have board game nights, a lot of the employees do too! Photo from Magicka’s official FB-page.

Apart from this I do some community management like posting photos and events on Facebook, manage twitters and organize multiplayer events. My job at Paradox is a more advanced version of many of the things I did at Junebud. The main difference so far is that I work much more on the technical side, closely with the backend and database programmers. Right now I’m learning how to construct SQL-queries and how data packages should be organized, how to filter data and how to think when working with big quantities of data (we are talking millions of millions of text strings here). I’m grateful I got very friendly and smart people that are willing to answer my 10 000 dumb questions all the time <3

I’m happy to work at Paradox, but I really wish Paradox could open an office in Malmö since I love that town. There was a gang rape near where I live in Stockholm, in this small suburb, so I don’t do those midnight walks anymore :/ It’s a bit disturbing to think somewhere in these hoods there are five rapists hiding, hoping they won’t get discovered. 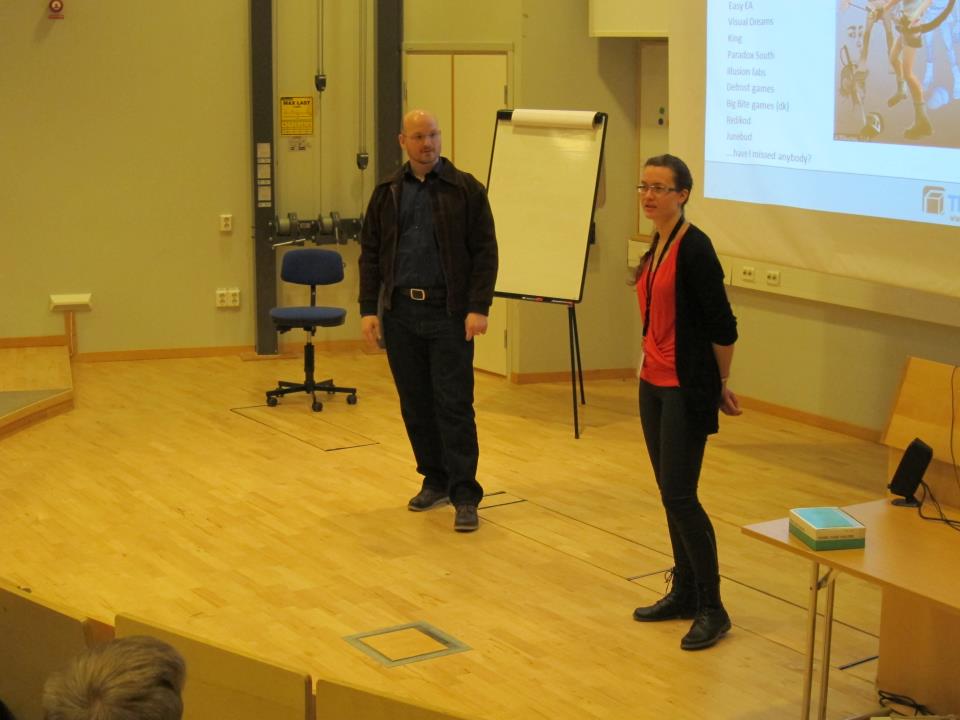 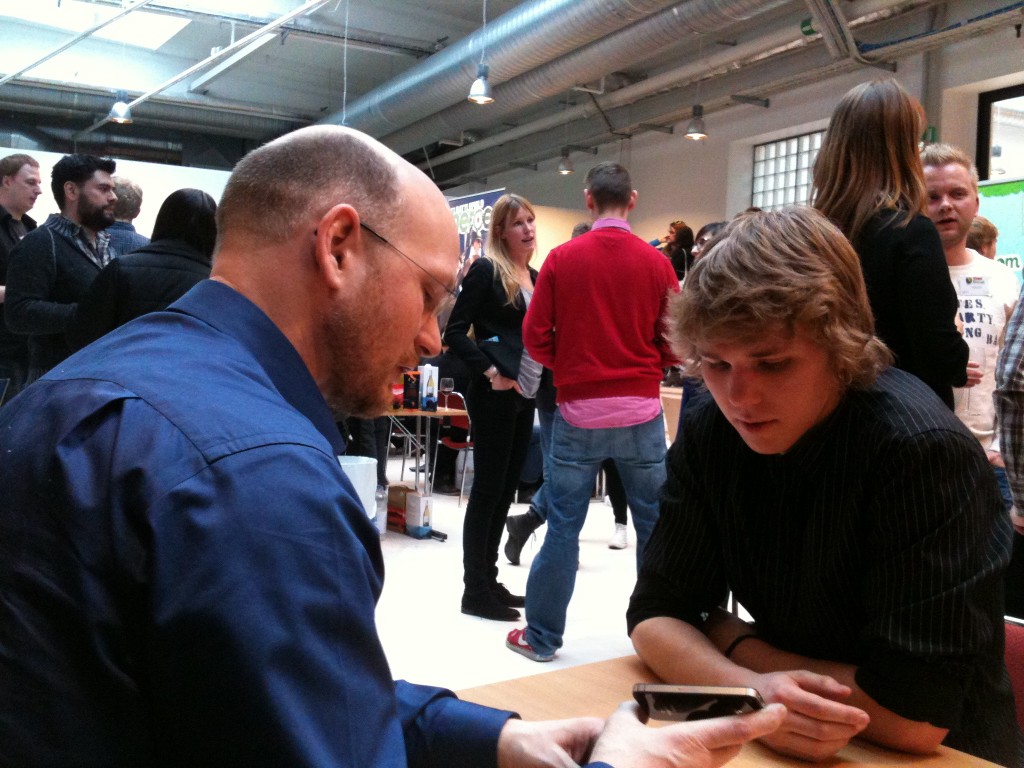