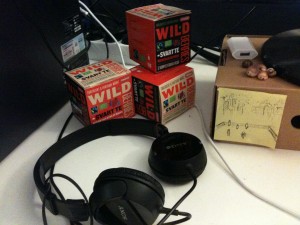 Friday at work, my tea consumption is sky rocketing...

So this weekend I went to Siegen in Germany to visit my dear friend Marit. We have known each other since we both went to Uni in Skövde. She was an exchange student at the time and very keen to learn about Swedish culture and the language. Sometimes I forget I have  actually moved abroad to Sweden to work and study. Finland and Sweden are very similar if you look to the culture, but not if you compare the language. Swedes also tend to be more open and talkative. 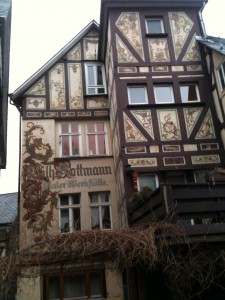 I really hate flying, but that does not stop me from visiting places and ppl I really love. It feels like every time I’m flying I’m sure it will be my last flight. I try to think about the fact that a plane is probably one of the safest places you can ever be. The plane itself if controlled and tested, the pilots and the crew had many hours of training and the cargo and the passengers are very well checked. Each year about 2000 ppl are killed in plane accidents, and even if you are experiencing an accident there’s a big chance you will survive. So, I trust the numbers to feel safe. And some happy music in my earplugs. And something sexy to read to distract me. Whatever floats the boat, right? 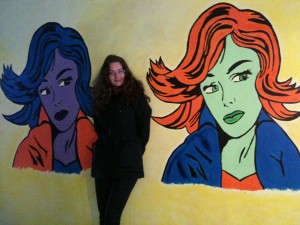 Siegen is a relativity big town, located near Dusseldorf and Köln. The weekend was nice, we watched some Sex and the City, eat good food and took a stroll around Siegen. I realised I actullay understand some German. It’s not that hard if you know Swedish and English.

A package of Russian candy!

Marit celebrated her birthday on Sunday, and got such a cool gift from her brother; a package full of Russian candy! It was so much fun, since neither of us know the Russian alphabet we just had to guess what the candy tasted like. I mean, some of them had pictures of air planes, bears and flowers on them. Not likely the candy will taste of air planes or bears… 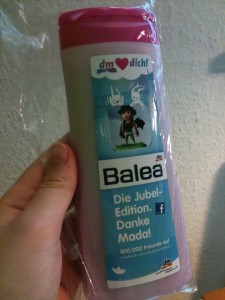 Look at this, I found some MilMo-themed body wash (or shampoo?) at Marit’s place! I think it has something to do with a contest on Facebook?

Tonight it’s time for a beer with my friends in Malmö : ) Take care!