There is something you need to know about me. Something I’ve realized two-three years ago. It has come to my attention that what life really wants of me, is that I should be a super hero. I should save innocents from danger. I should catch bad guys and fight crime! I should be prepared for anything.

Or, it might just be that weird stuff has a tendency to happen to me. Like a lot of it. I’m not sure if I ever told you about some of the stuff that happened while I lived in Stockholm, a year ago. But just to keep things short, here’s some of the things that happened to me this week in Malmö:

So that’s some of the stuff happening at the moment. I should probably tell you about when Swedish SWAT raided the apartment next to ours (when I lived in Stockholm), when a drunk guy turned of all the electricity in our building and threatened to beat me up when I called the police, or maybe I should tell you about the dude screaming in the middle of the night about guys with guns coming to get him? I’ll save some stories for next time! Happy Valborg if you celebrate it today! 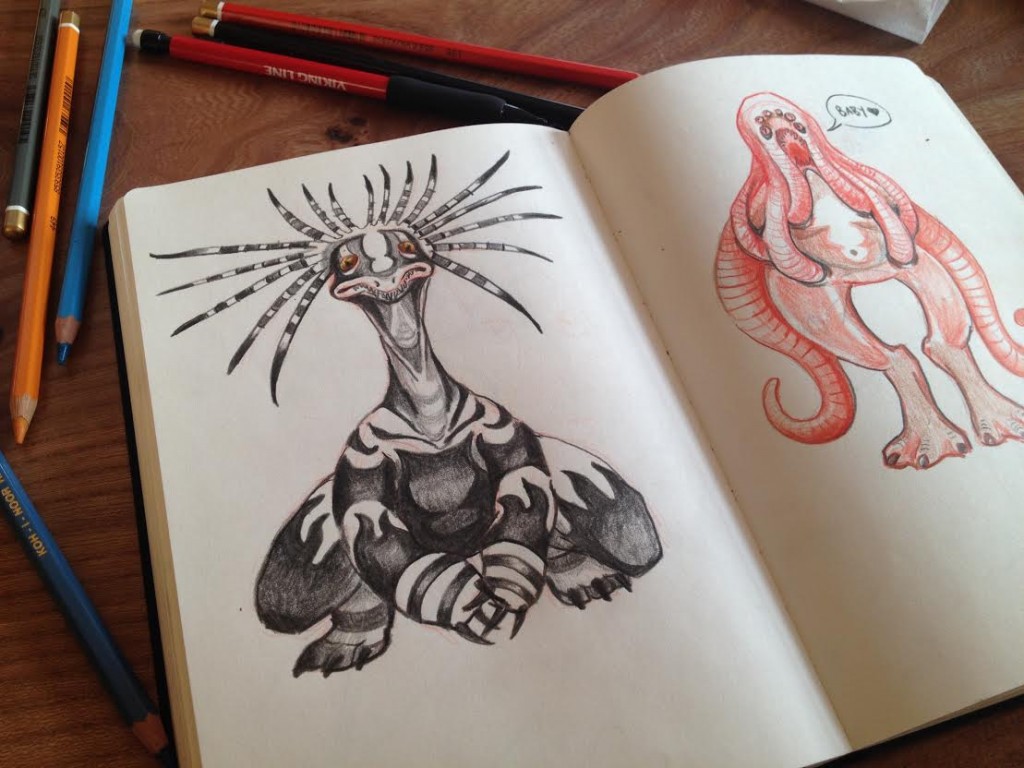 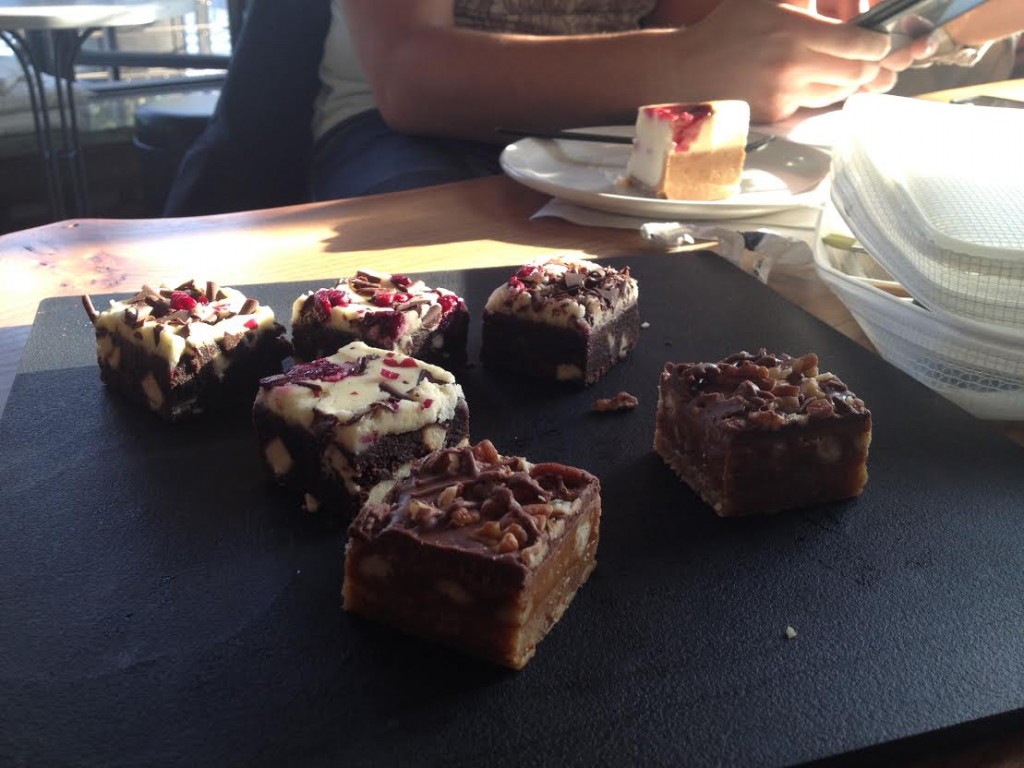 Today we got some free cookies from Starbucks at the sketch jam! I had been working from home all day and needed a break and see some people. Last week I signed a contract, doing some paid research in the game industry. Ever since I’ve been working from home, and it actually goes better than expected! It feels like I don’t fall into despair as I first feared, as long as I have a steady routine. I get up, eat breakfast, do some e-mailing, go to the gym and then start working after lunch. It works surprisingly well. Got some super exciting news to tell you when I can by the way. Can’t say anything yet, but things are definitely happening..! 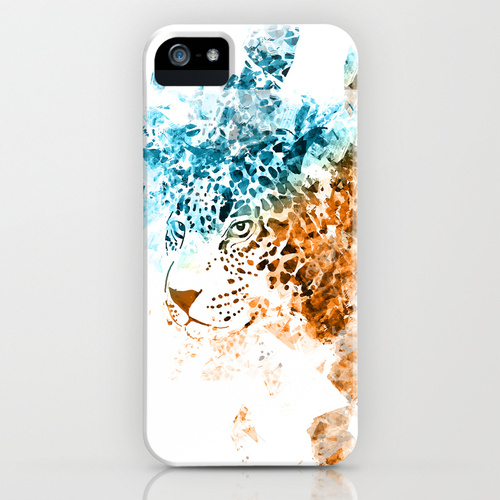 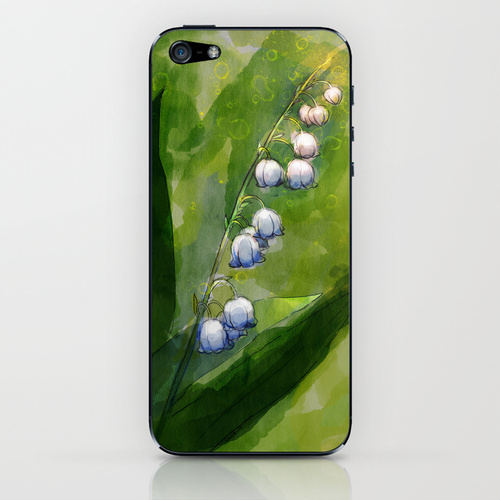 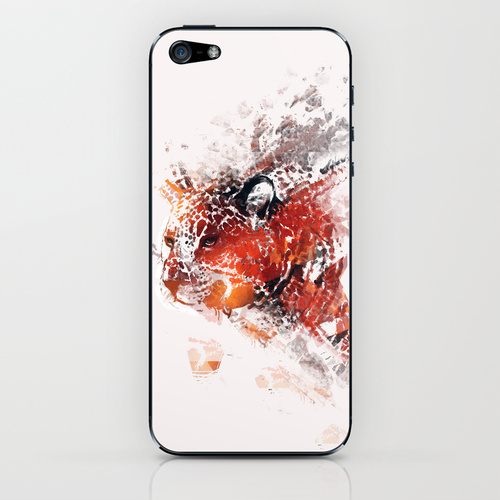 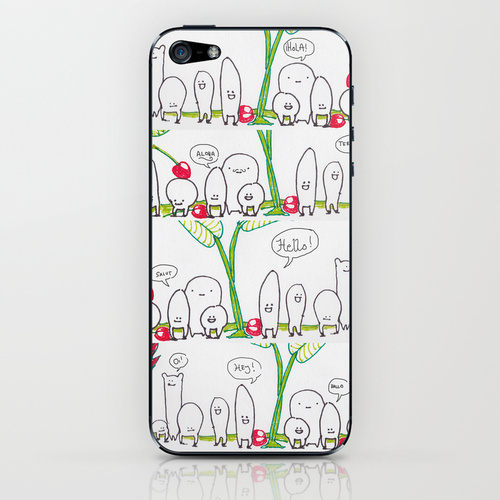 Hey guys! I took a little break from blogging and my Art Project, and things feel much better now. Thanks for all the support! I even designed some smart phone/iPad cases for you, out of pure inspiration. They are now for sale over at my page at Society6. The smart phone skins, which are soft, are 15€ and the hard, protective cases are 35€. Much of my art is also available as iPad skins, cards, prints and framed art if you are interested. Right now, if you order before Saturday you get free shipping on your products. Neat, huh!? Just make sure to select the correct version of iPhone/iPad or Samsung phone when ordering.

I’ve gotten some questions about how this works, and here’s how: I have a page on Society6, where I submit designs and art. S6 provides items and does the printing (over in the US), and they ship the items to the costumers. The payment is done to S6 by credit card or PayPal, and I get paid 10% of the original price for the item when all the fees for shipping, printing etc are paid. If you buy an iPhone skin for 15$, I get 1,5$ when all my fees are paid and done. Simple and easy! I will be posting more stuff for sale when I have the time and think I made something worthy. Hope you like it! Also, I can’t see the name of who ordered what, so I you feel like you want to buy something and still be a secret stalker, go ahead (LOL)!

I just don’t feel like drawing or painting anymore. It’s like it’s all over. Whatever imagination I had, I used it all up. I’m gonna go watch a movie. Maybe it will come back, some day. 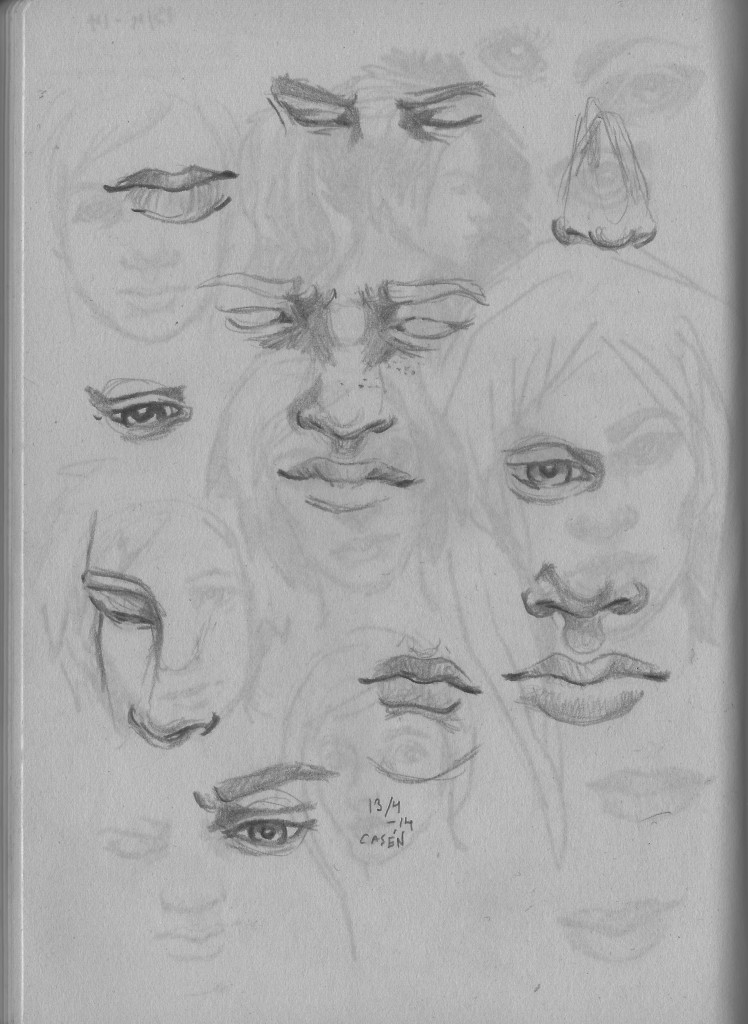 Some stuff from observation, made on the train yesterday. Click here for something nice to read about art and motivation. 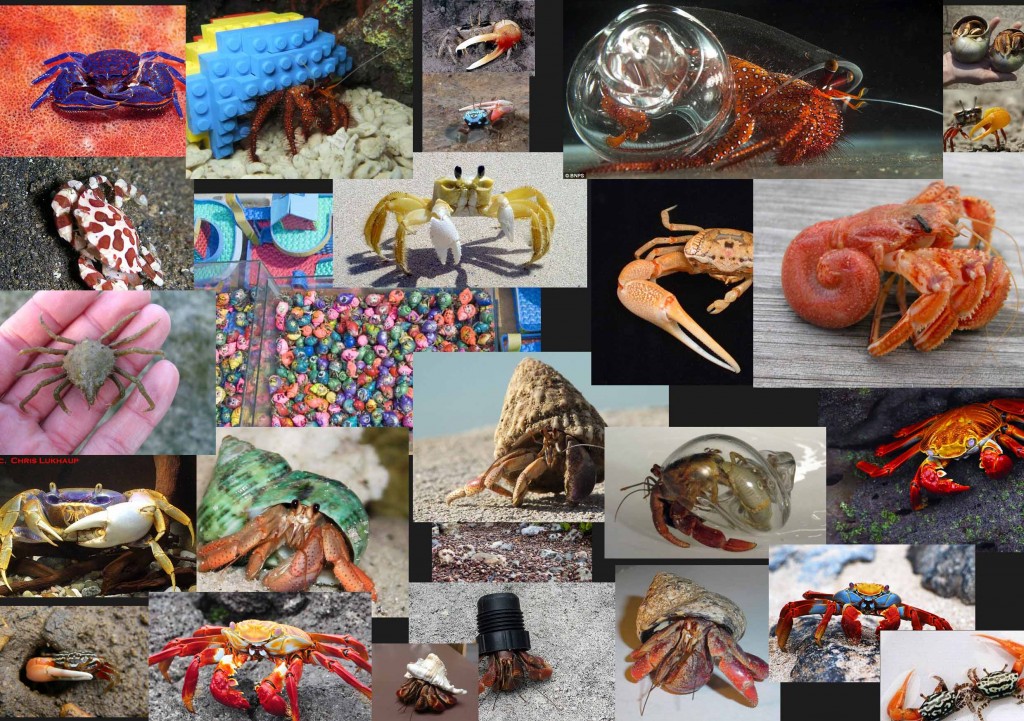 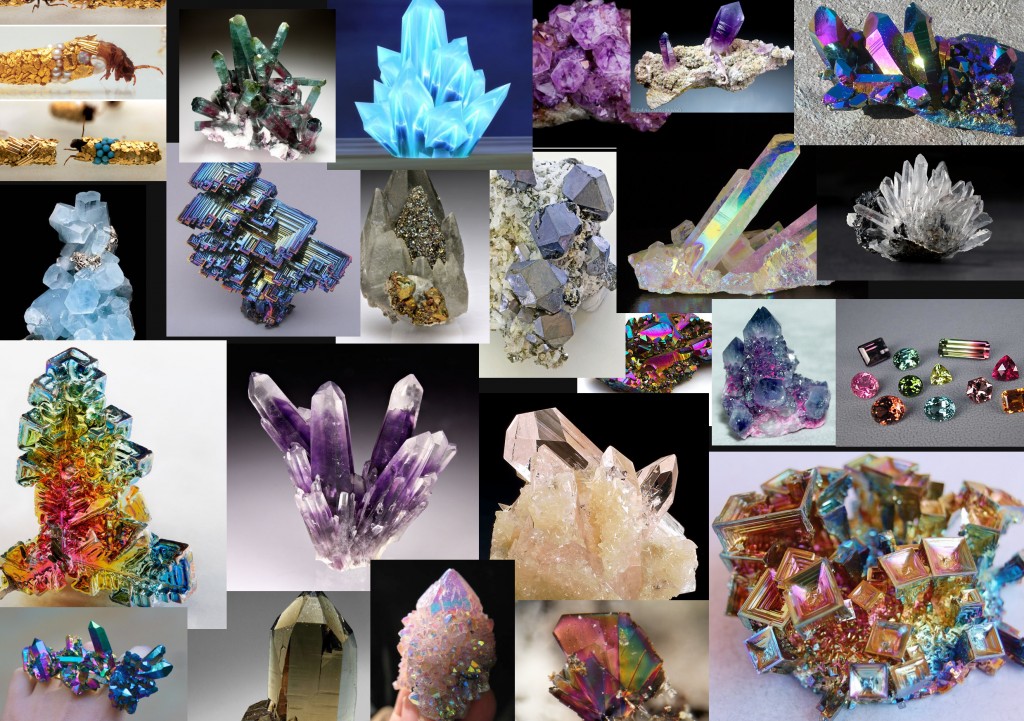 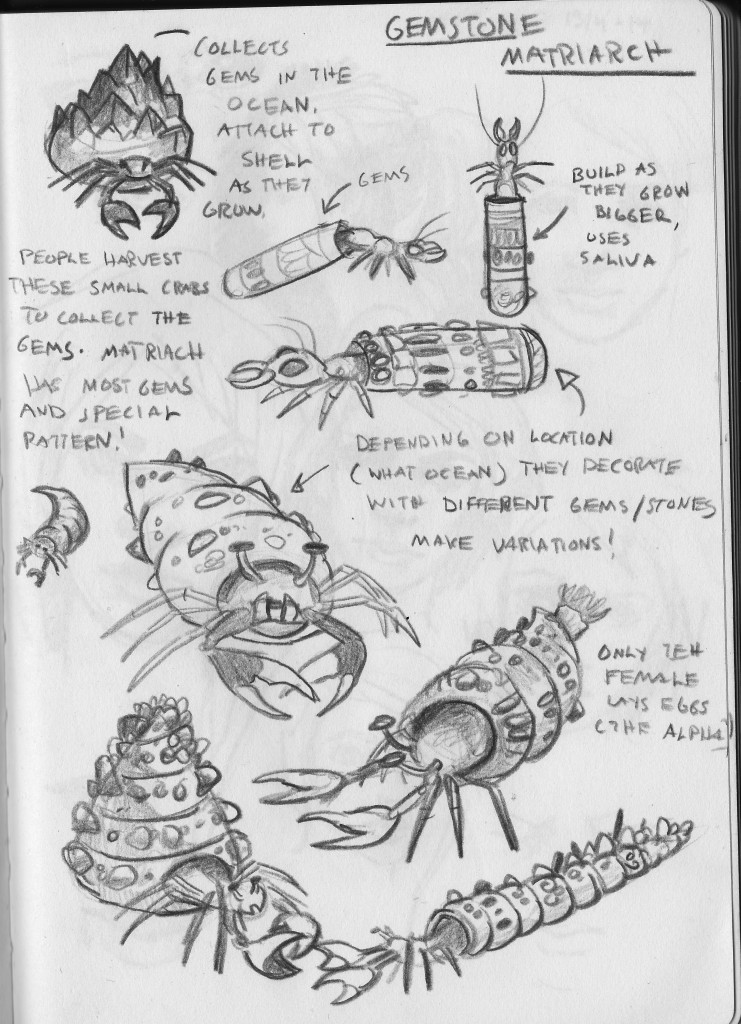 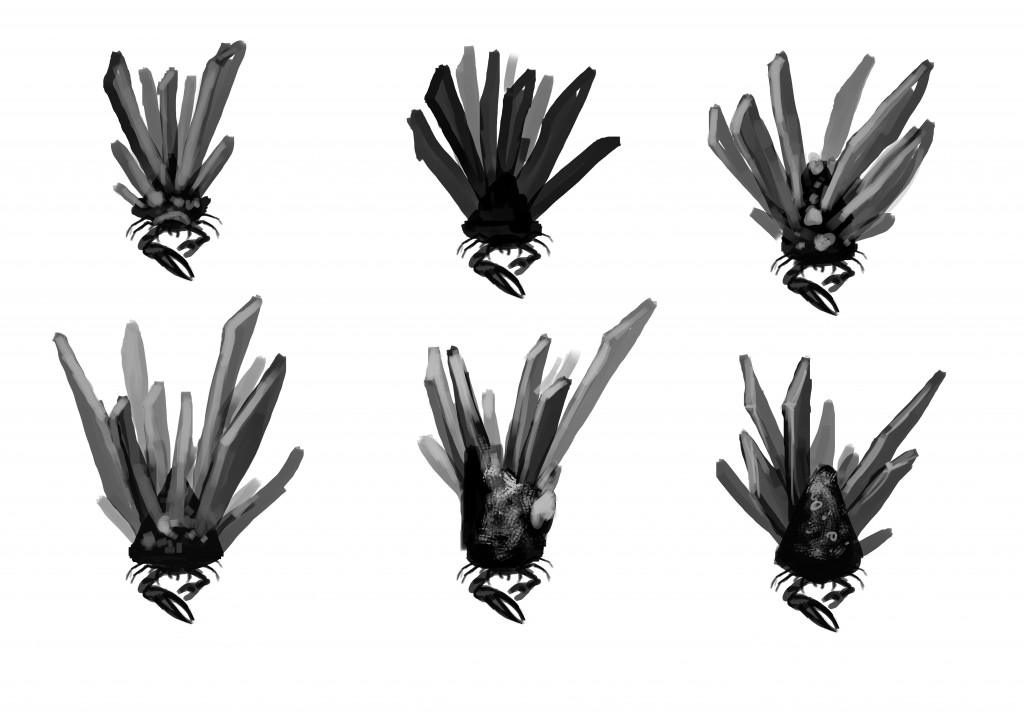 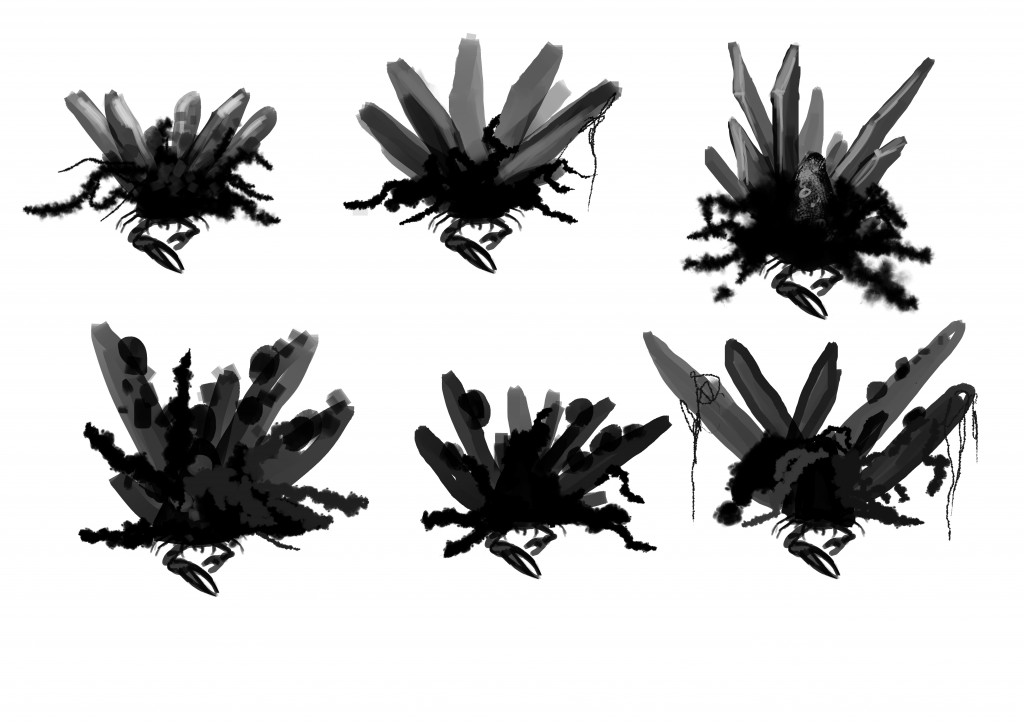 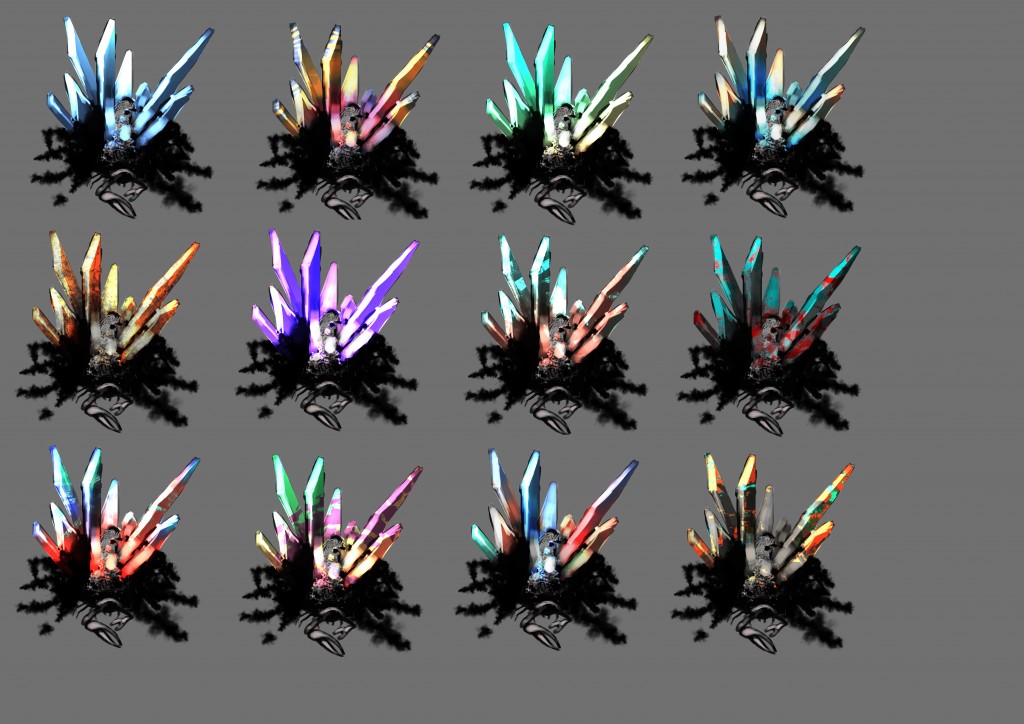 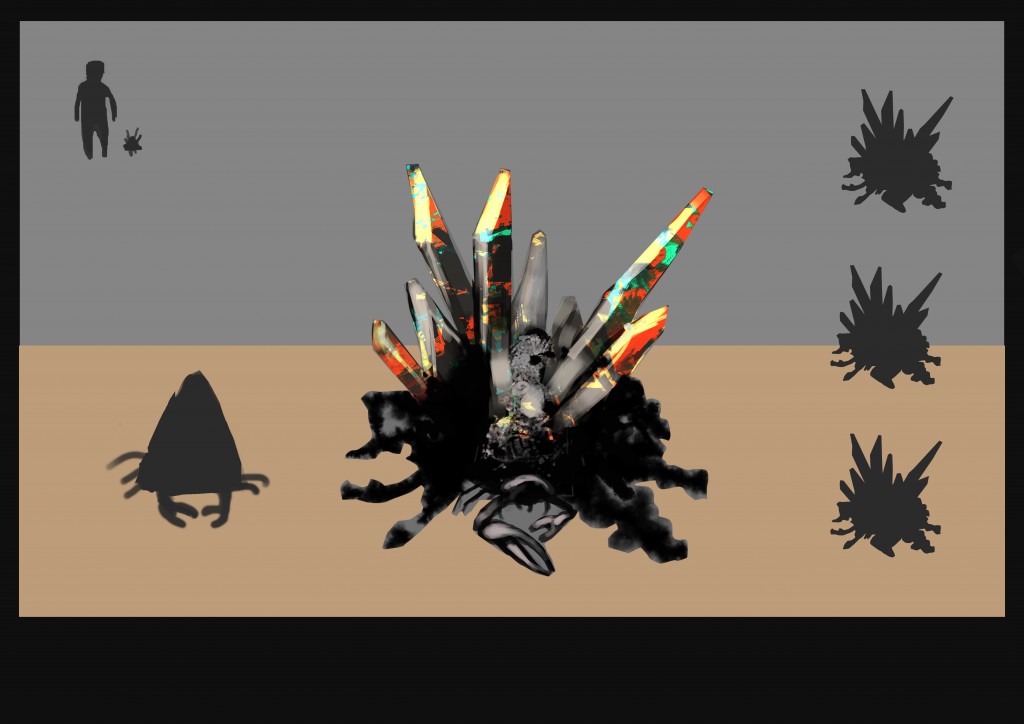 I’m participating in a new creature design event! The brief reads as following:

“In case you don’t know a matriarch is the dominant alpha female within a society or group. A parade of elephants for example is lead by a matriarchal female. Keep in mind some species of animals will change their appearance slightly if they hold authority over their society, such as the Silverback Gorilla. So in your design you will use gems, minerals, stones, crystals, pretty looking objects, etc; to suggest this matriarch’s authority over it’s group. Whether it collects jewels or if they grow naturally on the creature itself is up to you. Design the Jewelled Matriarch!”

I took some time to think trough the brief and what kind of animal that could possibly be interested in gems or minerals. Then I came to think of hermit crabs and how their shells sometimes are covered with all kinds of cool things like water creatures, stones etc. Some hermit crabs even find a home in man made objects or plastic toys. My idea is:

This species of hermit crab lives along the coasts of different oceans. Each hermit crab territory has one alpha female that is the only one who mates. The other young females live in the same area but can’t reproduce. If the alpha dies another female inside the territory steps up and becomes the alpha. The alpha covers her shell with special minerals by attaching them to her home shell with fluids. These minerals symbolize her status as the leader and attracts males. However, humans hunt these crabs since they want to harvest the minerals and gems, so this species of crab is threatened by extension.

Deadline is April the 26th and I got plenty of work left to do, so let’s GO! 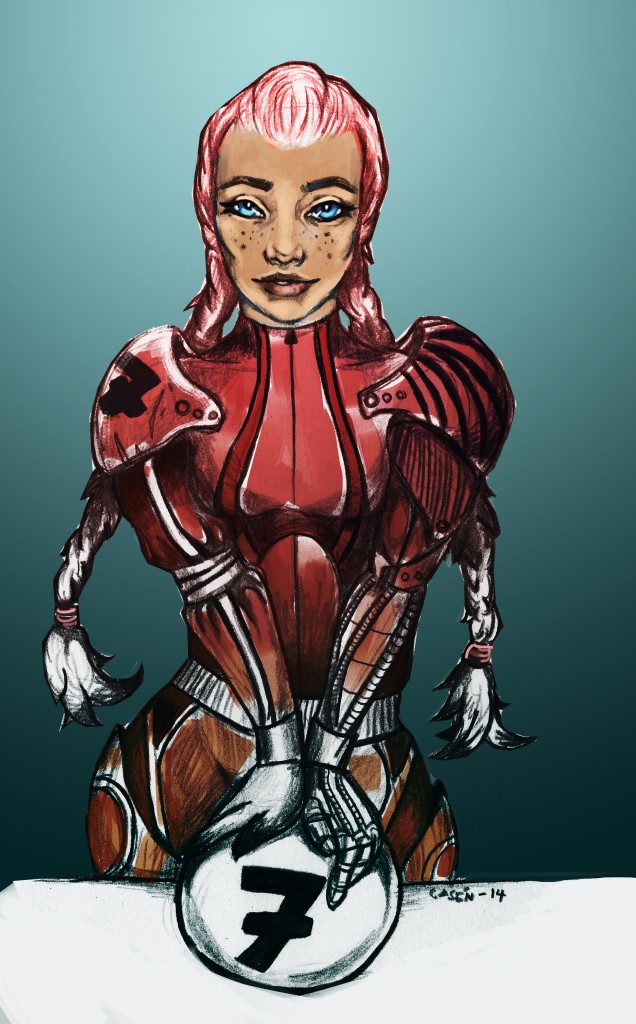 I got an epiphany about layer masks in Photoshop yesterday when I helped my family find out and try new colors for their house. Feels good to finally know how they work. I knew about the CTRL click on layers, but this about layer masks…It changes everything! I played around today for a few minutes and just slapped on some colors to this drawing from Tuesday, trying stuff out with the masks and layer modes. Totally fun! Here’s my favorite suggestion for how my family should paint their house by the way. I don’t understand why they didn’t go for it? 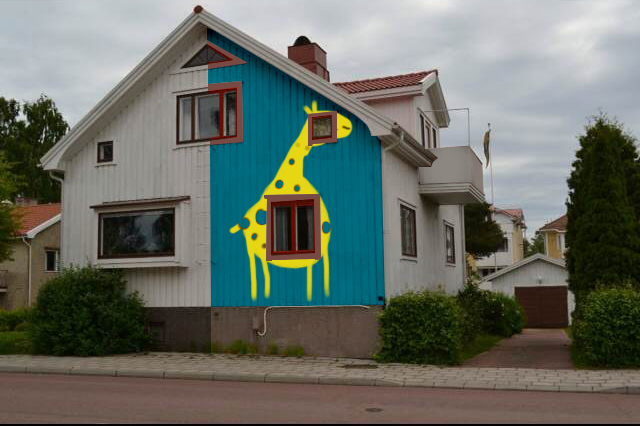 On another note I found this artist lately who makes totally dope stuff; James Zapata. His stuff is both well rendered, excites my fantasy, tells a story and overall just totally blows my mind. I might not quite like his character design where the female characters seems to have forgotten their pants or have the typical boob window included in their armor. But anyways, check out some of his images: 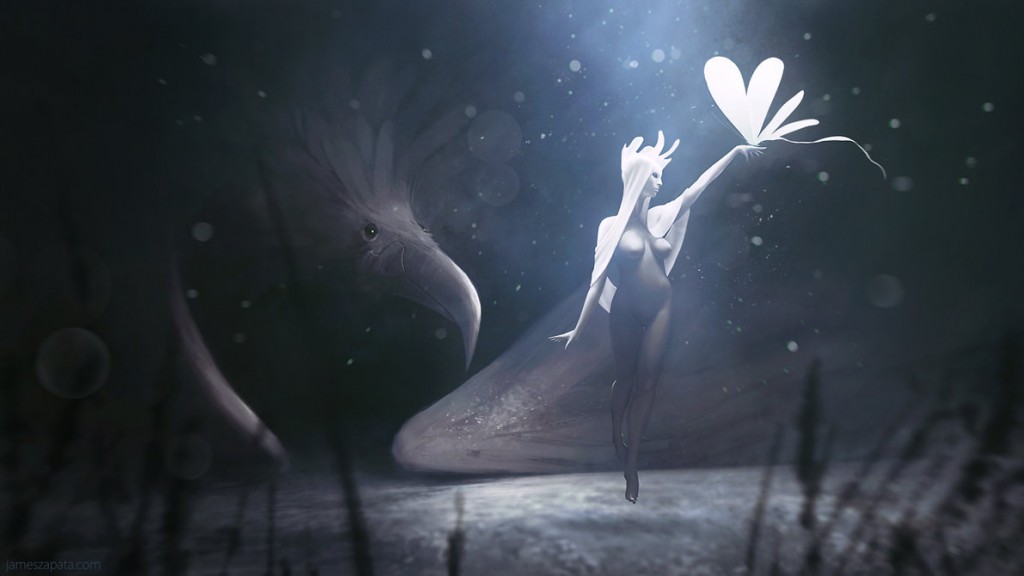 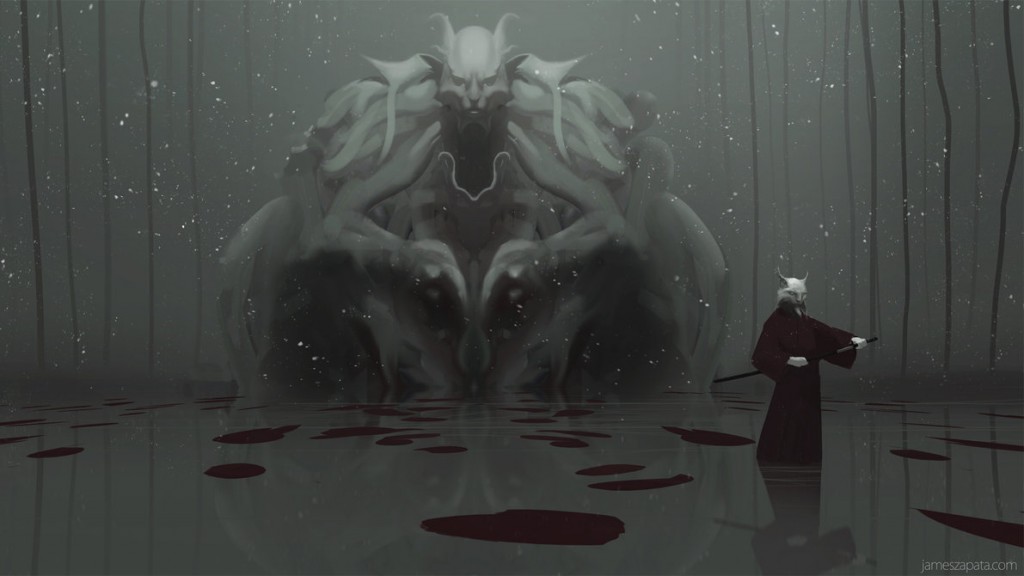 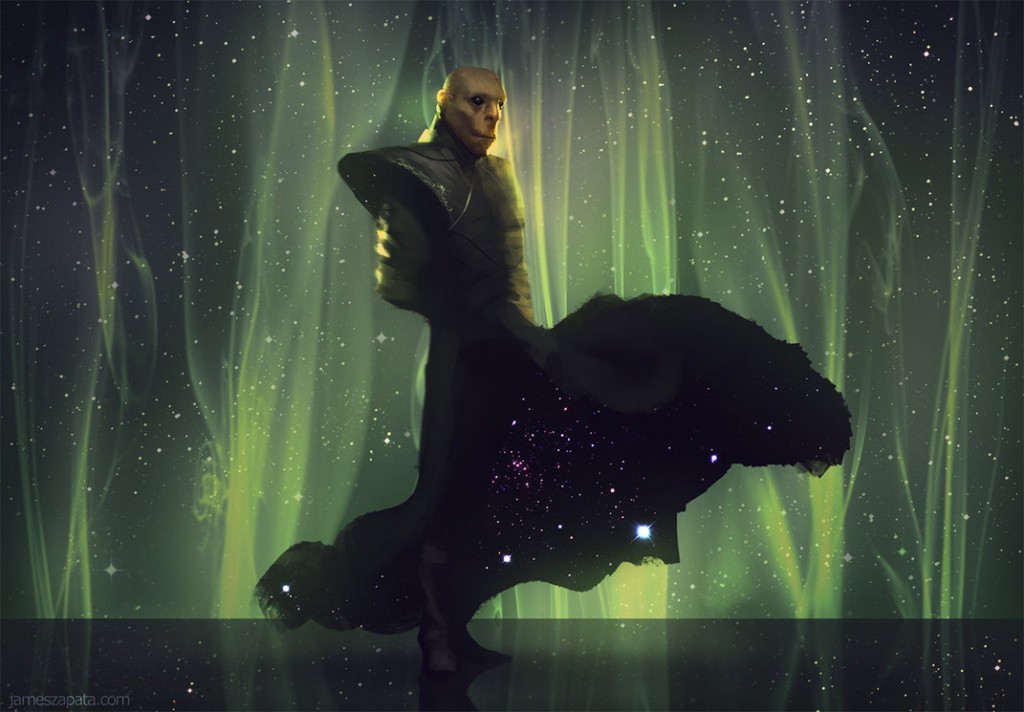 All images are property of James Zapata. His gallery can be found over here. Check it out! 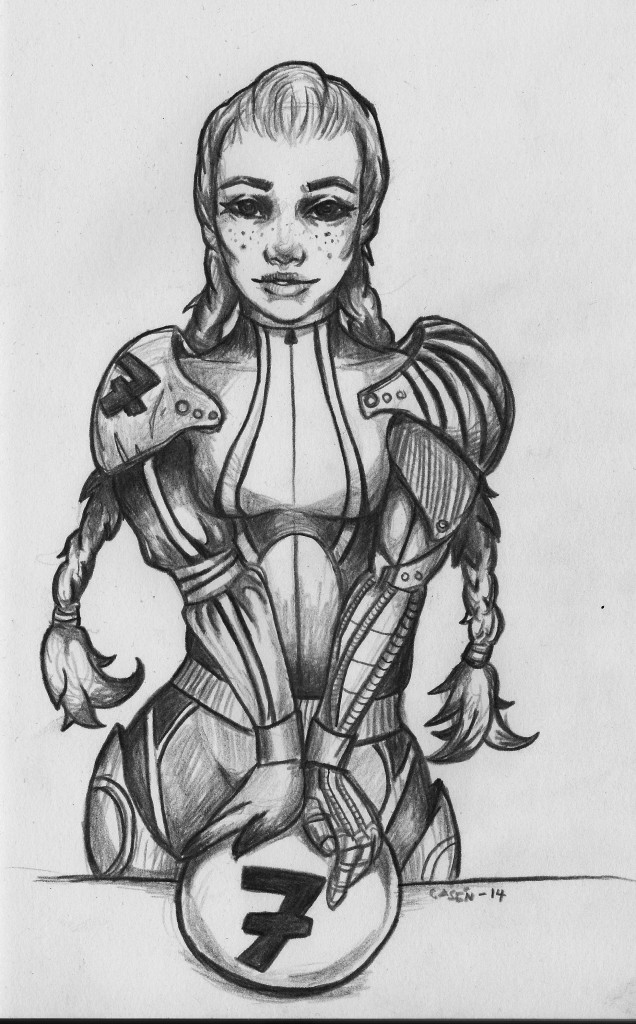 Above: last night’s sketch jam’s theme was “seven”. I drew some cool cyborg who plays some kind of cool cyborg ball sport. Something like that.

My ongoing project “Learning To Draw” changes name to “The Art Project” from now on. I have never really felt totally comfortable about the original name. It was picked in a hurry 1,5 years ago when I started the project. Another reason is that this project is so much more than just learning to draw. It’s also about learning to paint, learning to study, learning to have grit, learning croquis, learning to step out of my own comfort zone and so on. Just talking about the drawing won’t do it justice or help me understand what I want to do with this. So from now on I’m gonna refer to “The Art Project” instead of “Learning To Draw”. I’m gonna change the blog tags and the titles all around the web, one by one.

Tomorrow I have a really important and exciting meeting, so back to my cave to prepare my stuff! Until I’m back, check out the portfolio of my very skilled friend Emmy. She is a concept artist and illustrator focusing on the game industry, making some serious bad ass stuff. 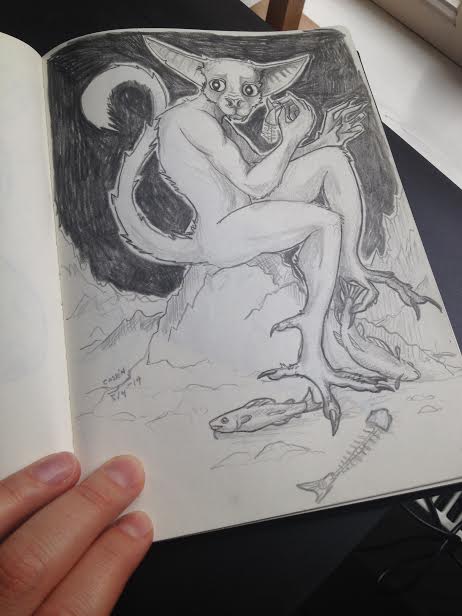 It’s strange. Sometimes you just can’t learn from other people’s mistakes, you really need to make your own to understand, learn and move on. Just a brief reflection.

Right now I’m scribbling and drawing whatever I feel like. I haven’t done any real studies in a while, and it feels good. I guess I’m gonna tackle the perspective issue later, I’m trying to have fun and go with the flow. After finishing the Blade Dancer I kinda felt some kind of anxiety, like drawing and creating was all about performing and leveling-up, not about expressing yourself or finding out why I create.

By the way, thank you to all who e-mailed me details about their game studio/project. We ended up having 130 studios in the document! Awesome work everyone! 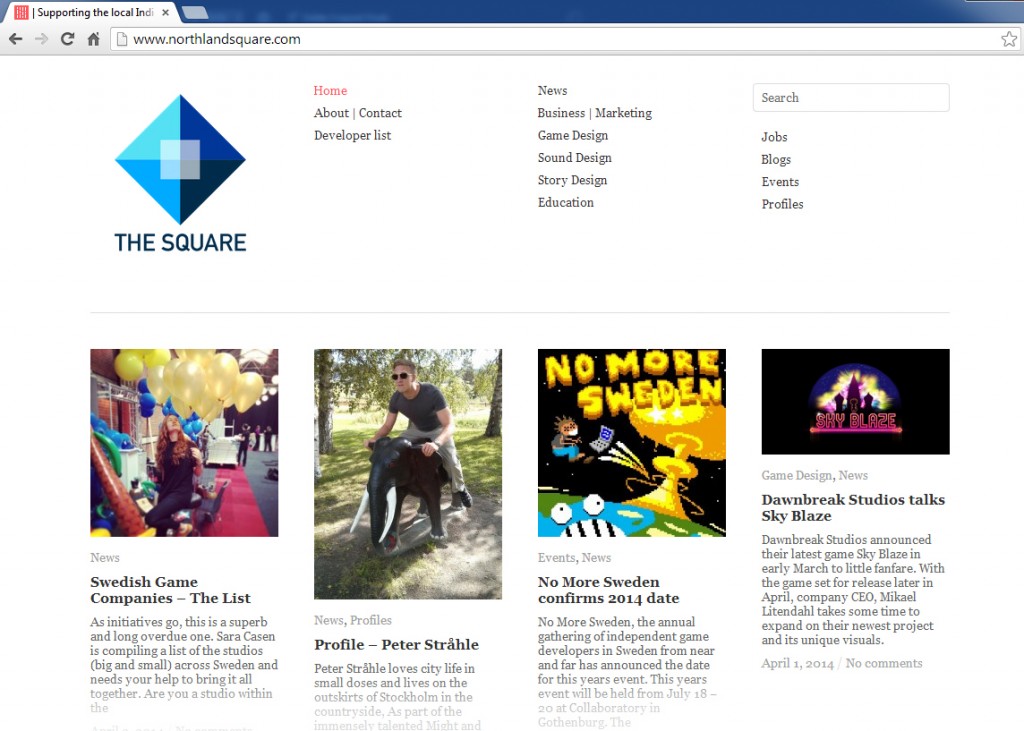 Oh look! I made the news today! My claim to fame is the list of all Swedish game studios/companies I’m collecting. You can find it here. If you know a company that should be on the list let me know and I’ll make sure it gets listed. This list will help developers looking for a job. All information here are public and found on the devs own home pages and Twitters! A big thanks to all developers who are helping me out on this! We already got 120+ listed and counting!