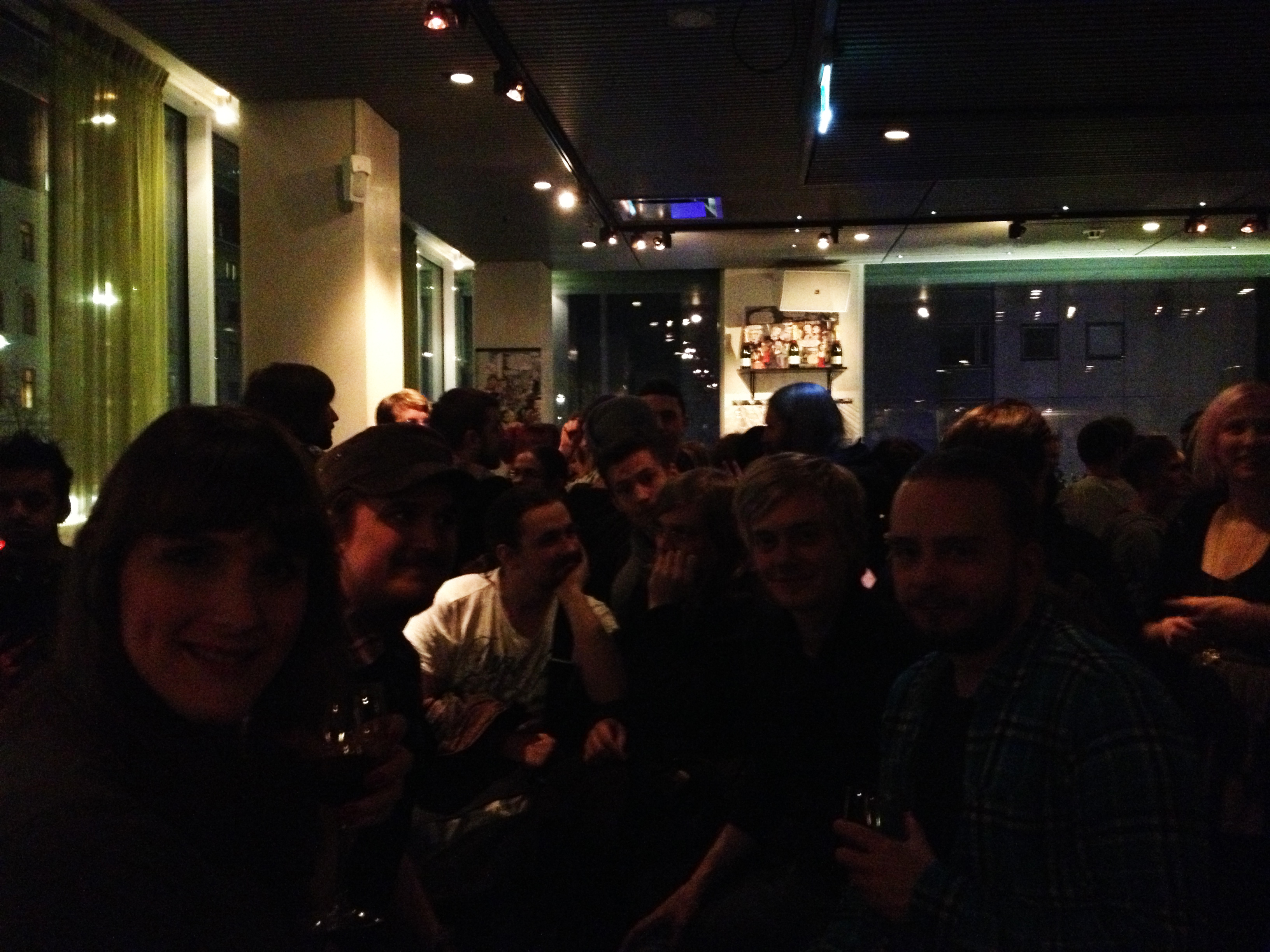 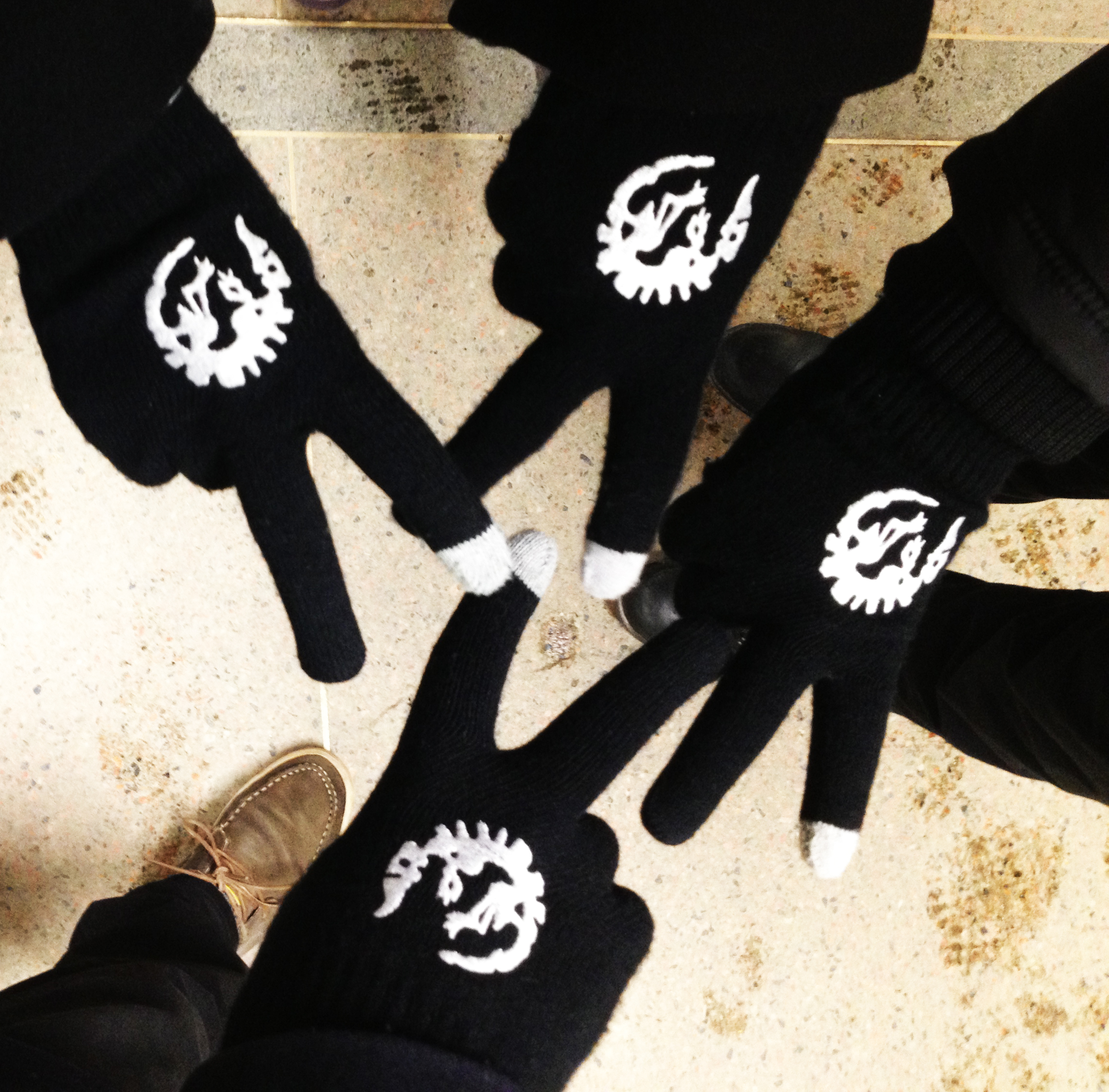 Guess what all Paradox employees got as a Christmas gift this year? Hint: they are touch screen compatible…

Since I decided to ditch Facebook (as for now), almost two weeks ago, I’m not really up to date with all the events going on. So I almost missed out on this month’s game developer beer at Imperiet, in Stockholm. It’s like this tradition. Every month or so, a game studio near Stockholm hosts a get-together and everyone gets one or two free drinks. The first time I joined, it was Rovio who hosted the party, and the time after that it was King.com who served the drinks. The created on Facebook and it’s almost 900 people replying to each event. In the end it’s usually something like 400-500 devs in the same bar, so you can imagine it gets pretty crowded…This time it was Avalanche (makes of Just Cause), who paid the bills.

I had a very fun night, met some new and old friends, and a woman even asked me if I’m Sara Casén. She was a student, now looking for a job within the industry, and recognized me from Facebook. We spoke for a while and she was really nice. This is kinda crazy, because at both Rovio’s and King’s parties the same thing happened several times. People I don’t know show up and ask me a lot of stuff. A random guy even asked me if I’m Sara Casén, and when I answered yes, he said it was nice to meet, that he used my name to test how their data base handles “é”. I find this a bit strange and fascinating. I don’t mind talking to nice people I don’t know, it just amazes me how small the game dev industry in Sweden really is (~ 1 500 according to the numbers from 2011). I’m an admin of a Facebook group called  the “Game Developer Ambulance”, and I guess that’s why people recognize my face. The group is dedicated to help people find new jobs in the industry. That group’s got over 1 500 members by now…

Anyways, I guess it’s easy to be remembered when I set myself apart from the crowd a bit by being a woman and speaking with a Finnish accent, here at the Stockholm game dev scene…But It’s just a bit weird since I haven’t really done anything remarkable that could make me famous or something like that. Speaking of meeting people, I had the pleasure to meet with Kata, a former member of the Junebud Crew. It was so nice to talk to her, and she seemed very happy with her new job at Rovio. A lot of the Junebud Crew have moved on to new adventures at Massive, King, Abovee, Frictional Games, Tarsier, HelloThere and some of them even moved to Dubai to work for Riva Digital. Others decided to study or are still looking for a job. I’m very happy that people seem to have landed on their feet and bounced back.

My time at Junebud will always be special to me. I joined a fresh start-up, it was my first job in the industry and I learned so much from working there. I gave absolutely everything I had to make it work. We all did. People put in so much time, dedication and money. We worked late nights, patched chaotic releases, had many great Friday beers. I moved away from my home at the time, risked a new relationship, to settle down in an unfamiliar city, ready to tackle all the problems and make MilMo a big success as a community manager.

I think this nostalgia might get it’s own post later on, but I can say for sure, there was nothing I didn’t do for Junebud, so when the company finally went bankrupt I knew it was over. I knew there was nothing more I could possibly have done. I think everyone at the team did everything they could. You can say that company died fighting. And even if Junebud is not around anymore MilMo is still up, and that is great!

I’m happy to work for Paradox now, and I know the industry is full of similar stories. Teams of talented individuals risk it all to follow their dreams, and most of them will fail. Most even die within a year or so, while few survive for some time, and a few rare ones make it to the top. That’s life.