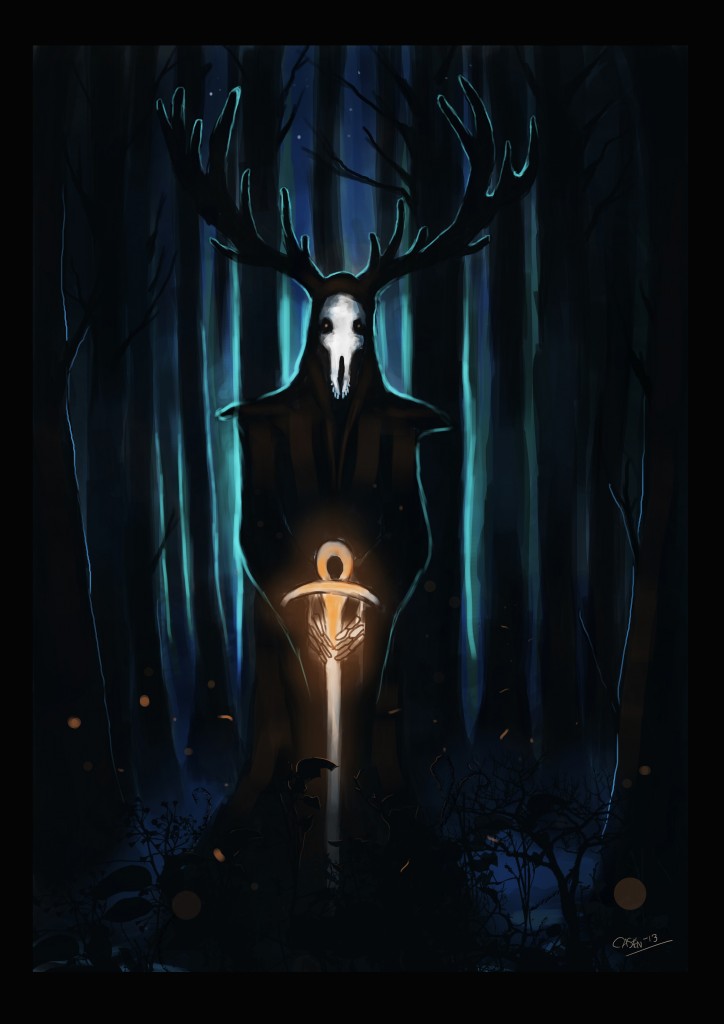 The forest guardian. It walks the forests at dusk and dawn, driven by its very own reasons. It is nor good or evil, it has its own mysterious will. It’s also called the “keeper of keys”.

This was inspired by all that time I spent in the forests as a child, playing and exploring. I used to make tree houses and catch frogs and lizards from dark ponds so deep you could not see the bottom. All those times I walked over thousand year old rocks sleeping under layers of lush bryophyte. The time I spent walking under giant, silent pine trees, barefoot, feeling the dirt and roots under my feet. The sunny days when rays of sunlight found its way down to the ground, trough the branches, painting everything golden yellow. Hearing the bats in the dark, seeing the shadows the the form of nameless monsters hiding between trees and bushes.

I haven’t been as active as I used to be, painting and drawing lately. It has to some extent been a result of starting my new job at Tarsier as an associate producer, but there’s more to the story. I’m trying to find a good way to tell you what I feel and all the stuff that’s been on my mind, but it just can’t seem to give words to my thoughts. Until I figure out a way to do that, here’s some steps for my “Forest Guardian” image. 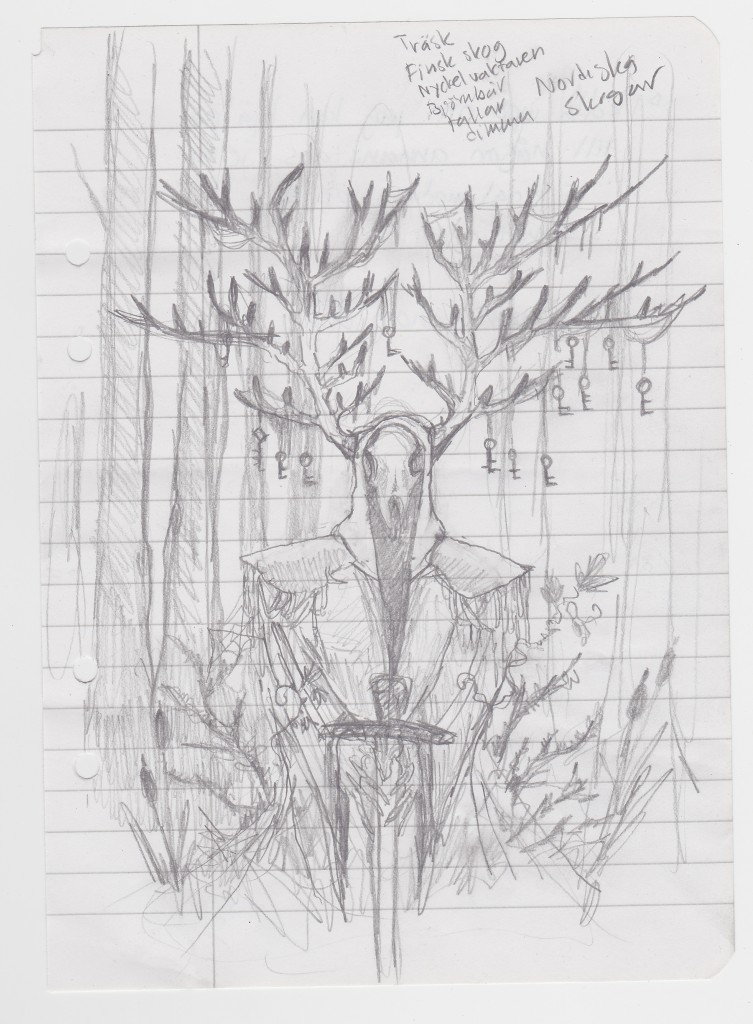 Quick and dirty pencil sketch I made when the idea hit, just to get the concept down on paper and work with it later. 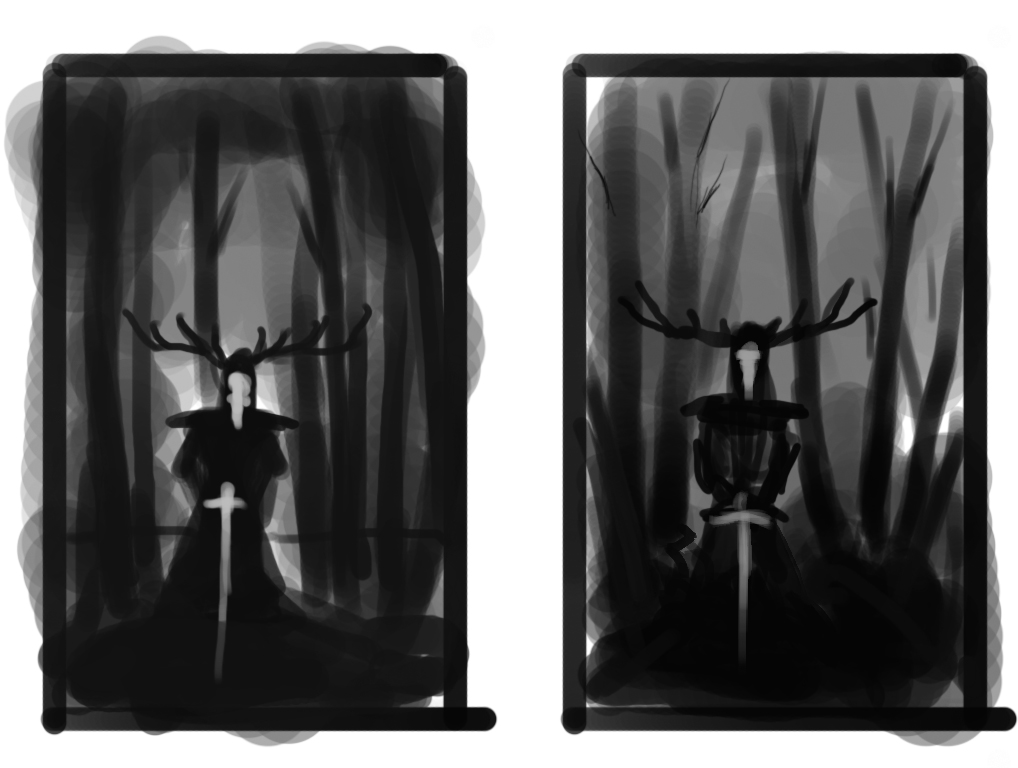 Exploring the composition and gray scale. It’s good to play around a bit with your idea and not settle for the first sketch. Sometimes you find obvious design ideas when you re-draw your subject a few times. 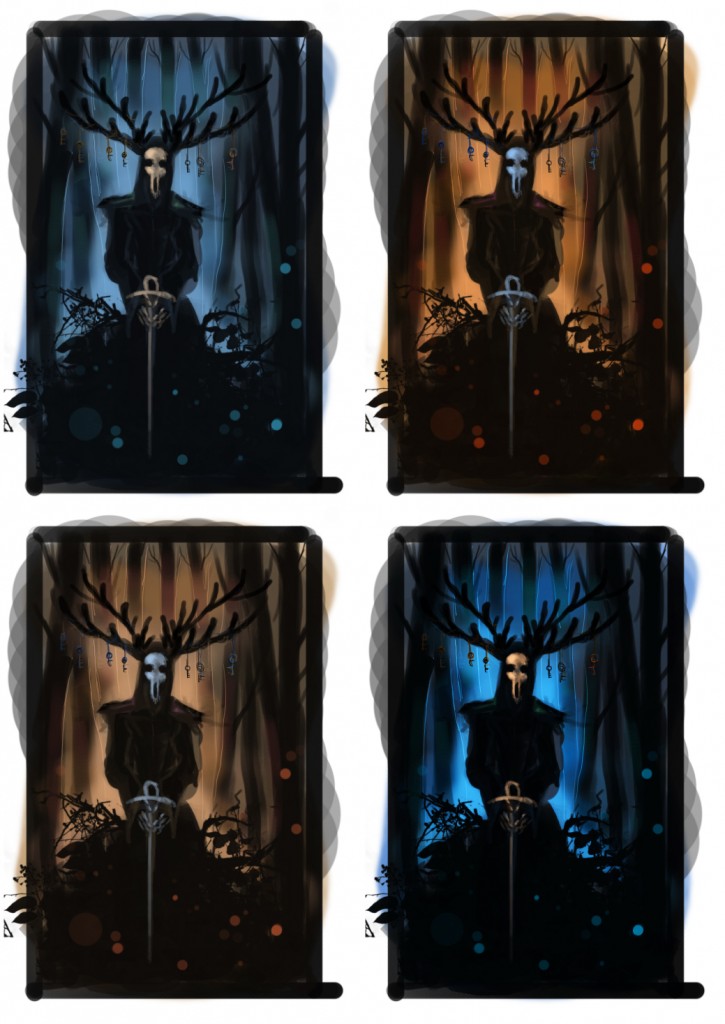 Made a thumbnail and experimented with the colors. When I felt like I’ve decided what I wanted to do I copied it over onto a big canvas and used it as a sort of a blueprint and started to paint the real thing on top of this. I googled some reference photos of Nordic forests and deers to get things right.