A few months ago I wrote a blog post called “Women In The Gaming Space” (plix read it before you read the rest of this post). It was a response to things I’ve been thinking of for a long time, even since I started playing games a long time ago. It became a very re-tweeted post, and so far it has been read more than 300 times! For a blog with 30-70 views/day that’s quite a lot! People at game events even come to me and want to talk about the post, share their own experiences of being a minority or that they really want to see some kind of change about how women sometimes are treated as sexy candy in-game or at booths at press conferences.

So last week I summarized these things I’ve been thinking of, and posted it on Casual Connect’s Facebook page. I figured out the only way to hope for a change, was to make those with power aware of what I’m thinking. So here’s what happened: 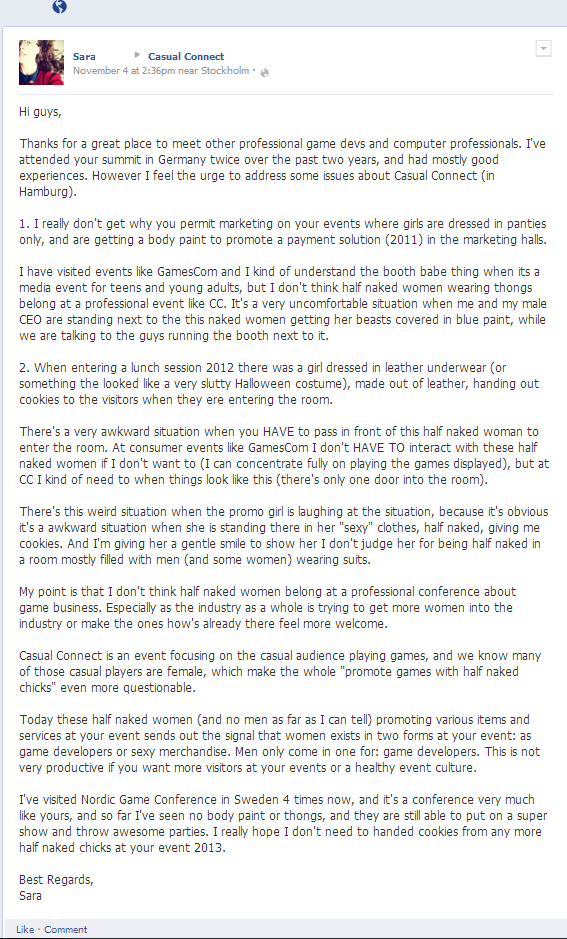 My post at Casual Connect’s FB page. I know there’s some typos etc, but that was because it was straight from the heart and in the heat of the moment. If I had hesitated and read it trough several times, I don’t know if I had still had the guts to post it. I was seriously afraid of Internet trolls and the Saouron eye of hate that sometimes drown feminists like Anita Sarkeesian in a tsunami of hate and misogyny. 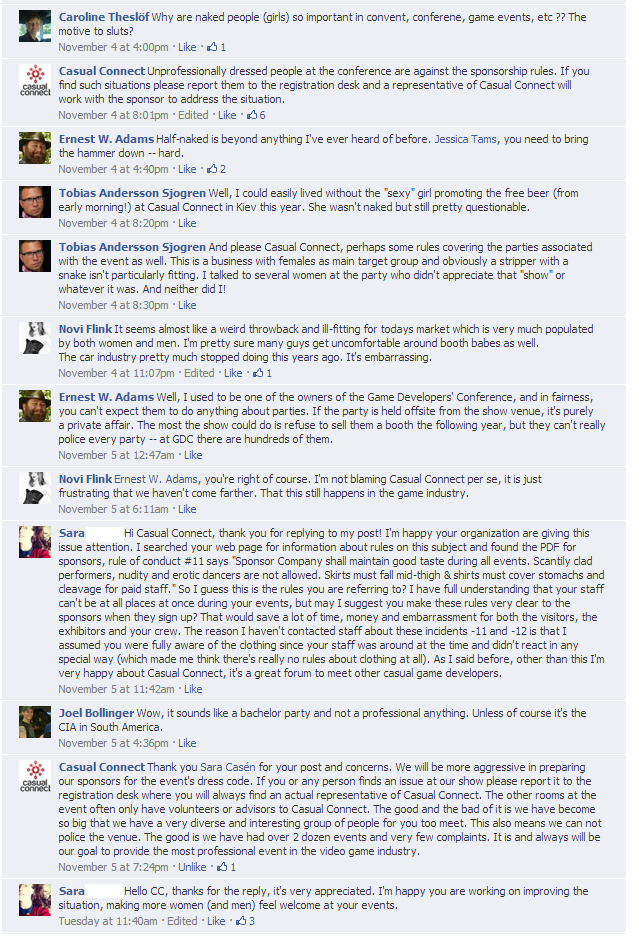 To my big surprise I got a response by Casual Connect, the post is still up one week later, and no trolls posted rape threats to me :O Let’s hope Casual Connect 2013 contains no naked chicks! The link to this post got liked around 25 times on my personal FB-page, and the tweet containing a link got re-tweeted around 10 times. A handful people even sent me a-mails and expressed their support. Thanks guys!