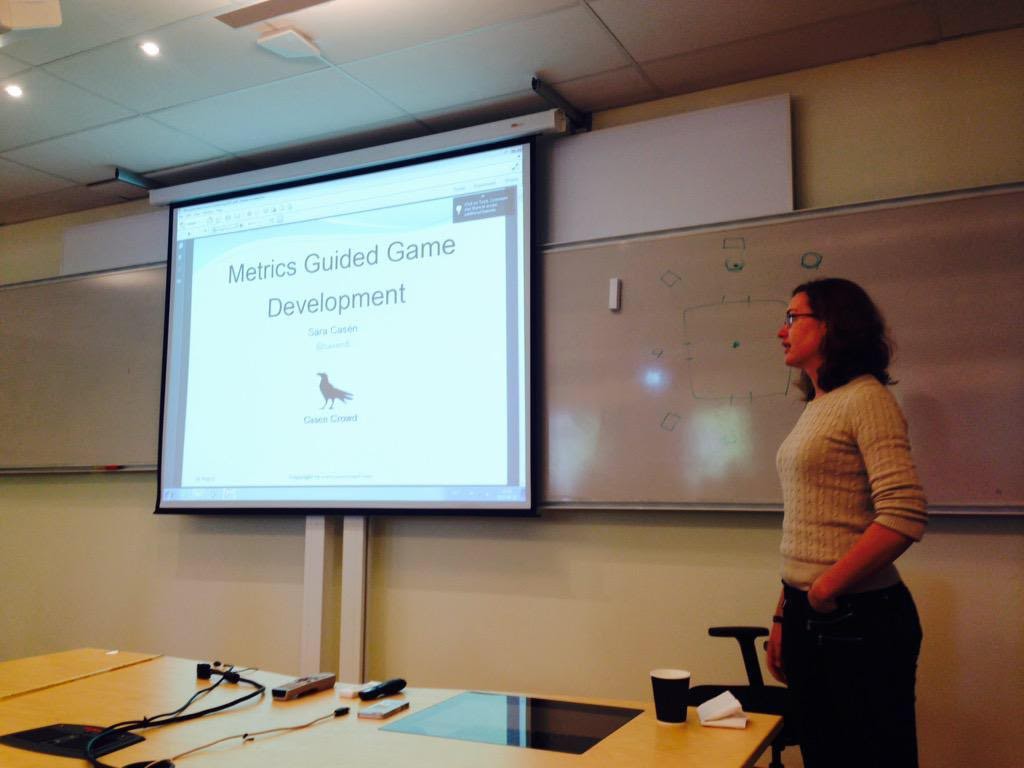 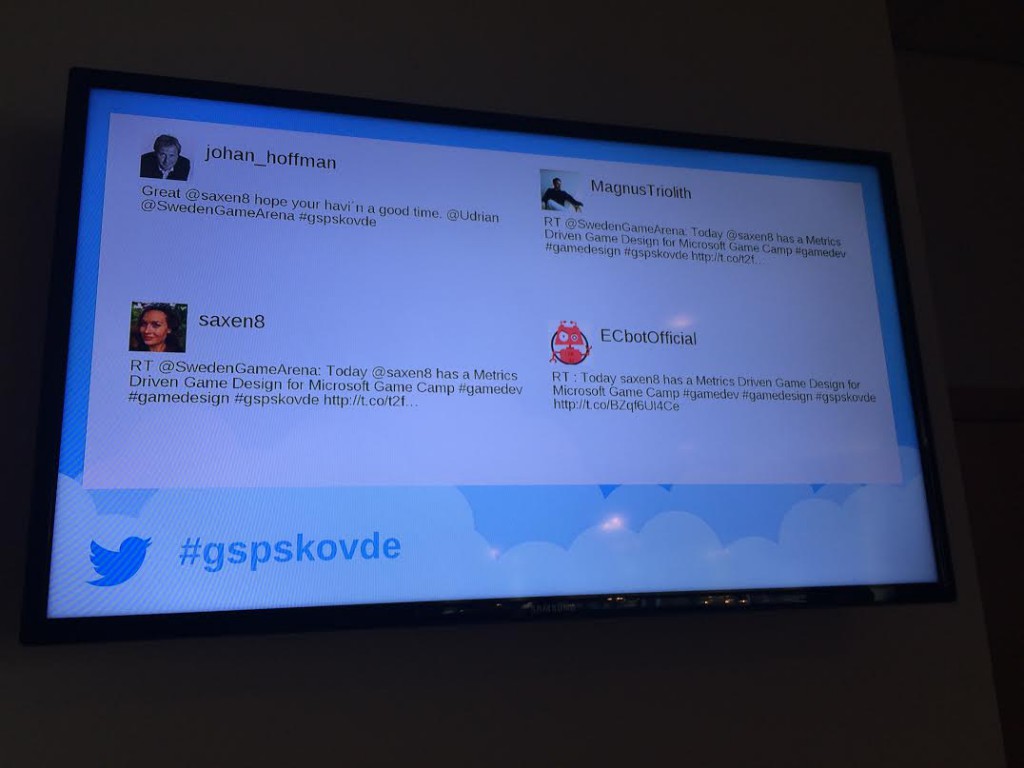 After the lecture I found this on one of the screens over at Gothia Science Park : P 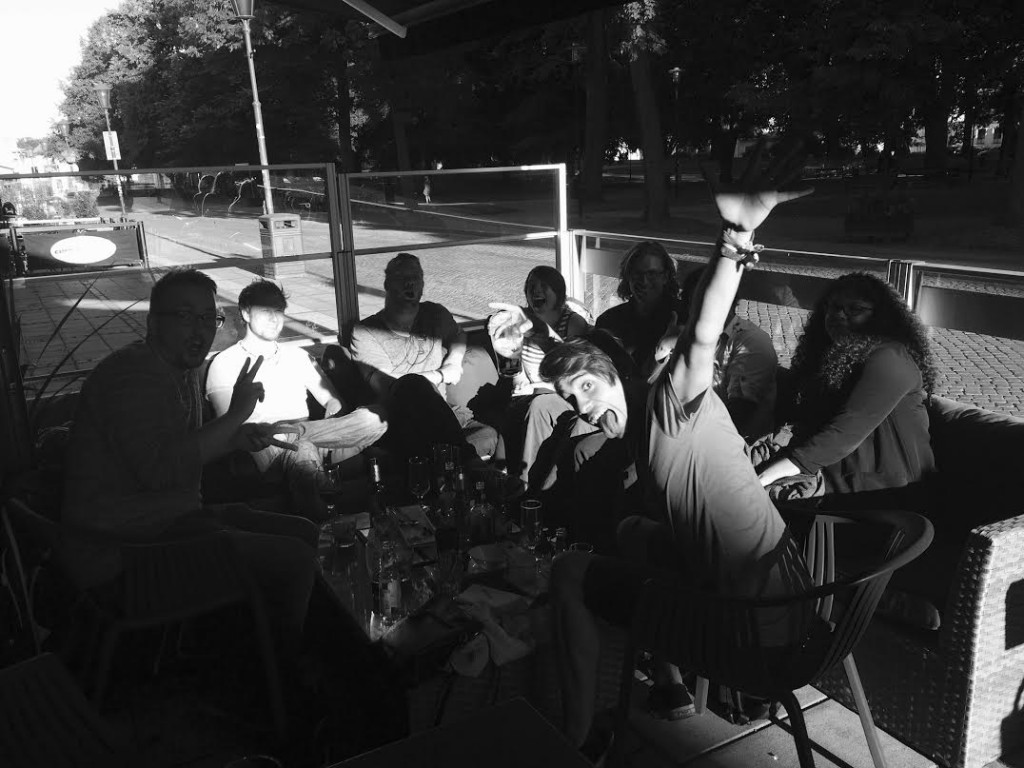 Having a beer (or two) with the guys from Coffee Stain Studios. It was a blast! 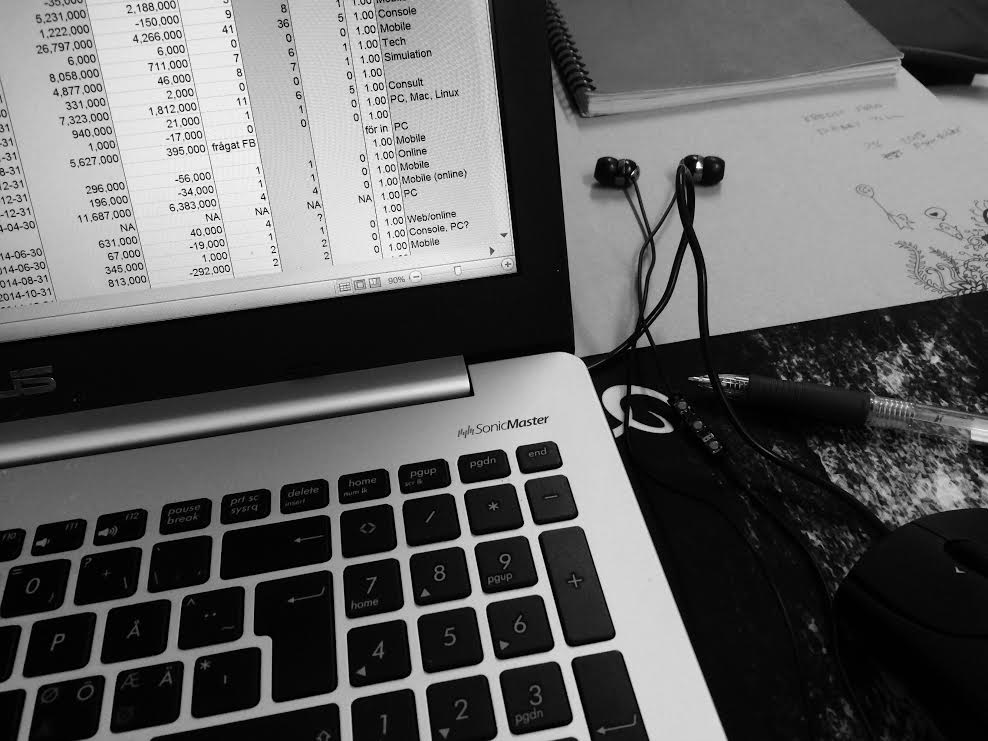 Last week I visited Microsoft Game Camp in Skövde and gave a lecture in “Metrics Guided Game Design”! It was very nice to meet with all the teams making games at the camp this summer. I did my best to provide feedback on their projects, talk community management and some marketing with them. Out of all the things I talked with them about, it seems like they all struggle with visibility. This was also the fact for a lot of the already established studios I met and talked with. They all talked about how hard it is today to get noticed on a very crowded market. There are more games coming out than ever, and since the tools for making games are getting more accessible with each update there is no reason to believe the flood of games entering Steam, the App Store or Xbox Live will diminish any time soon. It is very rare a good game just attracts an audience on it’s own, if you don’t get featured by the App Store or someone famous tweets about your game. Developers need to focus a lot of time and energy on marketing and PR. The big studios can afford to throw money at the problem and are often working with strong IPs. If you’re an indie or don’t have a widely known IP this are a lot harder.

I studied at the University of Skövde back in the days, so going back there is always kind of bittersweet. Most of the people that made the city so awesome have moved on by now, so it feels a bit lonely to be there. Luckily I met some new cool devs, and my friend G was kind enough to let me stay at his place where we watched TV-shows and sang in his car. After the lecture I had a coffee with the amazing Laura Bularca and then some beers with the crew from Coffee Stain Studios. All in all I was super satisfied with my visit and ended up smiling on the train back to Malmö the day after. I think it’s a huge privilege to get to share my knowledge and insights with others, and to get to listen to what others think. I believe you can learn the most by listening and asking the right questions, not talking about yourself all the time. I strongly believe that everyone you meet knows something you don’t.

Another thing I haven’t mentioned is the gig I’ve been doing for Dataspelsbranschen.se this summer. I got the pleasure to work with research for their upcoming annual Game Developer Index! So I’ve been digging trough over 200 annual reports this summer, collecting numbers and digits. The report will be coming out in a few months, mapping out the state of the Swedish game industry. If you want to read last year’s report it can be found here for free (in English).